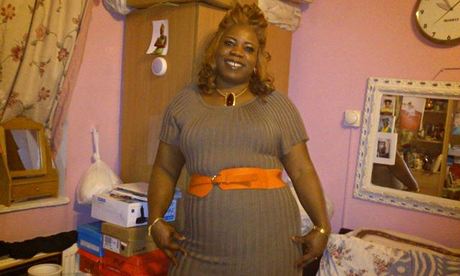 Christine Case died while being held at Yarl’s Wood Removal Centre on Sunday 30 March 2014. Her family is asking concerned individuals to attend the funeral to show their support.

Christine Case, a 40-year-old Jamaican woman, died at Yarl’s Wood immigration removal centre near Bedford. Emergency services were called to the centre at around 8am but she was pronounced dead at 8.57am. Yarl’s Wood is run by Serco on behalf of the Home Office; it holds up to 405 women and their families and its healthcare is contracted out to Serco Healthcare.

Christine Case’s family, including her parents who are in the UK for her funeral, are calling on the authorities to ensure that the circumstances around her tragic death are fully investigated and that the inquest into her death is held in a timely manner.

‘Our beloved Christine came to England in the hope of a better life. She was devastated when her right to abode was declined and she found herself detained in Yarls’s Wood’, said a family member:

‘Regardless of her immigration status Christine had a right to proper care whilst she awaited her return to Jamaica. The circumstances surrounding her death, and the ever growing controversy around conditions in the Yarl’s Wood centre leave us with too many agonising questions.

There is no greater pain than knowing that something could have been done to prevent the death of a loved one. We need answers. We need to know what happened so that we can properly grieve without this shadow of uncertainty hanging over us.’

Irène Nembhard, the solicitor for the family of Christine Case, said ‘it is always deeply upsetting when a loved one dies suddenly and unexpectedly. This is even more so when they die in the custody of the state. The family will be seeking to learn from the Inquest whether everything that could have been done to save Christine’s life when she took ill was in fact done.’

For further information email justice4christinecase@gmail.com. The family will not be giving interviews but the press are welcome to attend and film the funeral.

SO SORRY FOR YOUR LOST, THIS IS TO THE WHOLE FAMILY

Just an absolute disgrace that the govt is allowing innocent people to be detained in places like YarlsWood, then denying them their rights, especially on medical and legal needs. This woman has died because of added stress she faced thanks to UKBA…I hope the person who decided to detain her is sacked for condemning this lovely woman to die in detention.

Oh what a shame