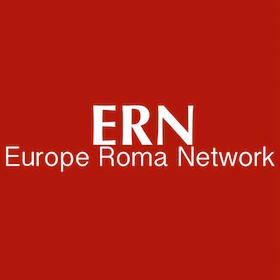 On 2 August 2015, the Europe Roma Network UK will commemorate the 70th anniversary of the Roma Genocide at the Hyde Park Holocaust Memorial, to coincide with events across Europe.

The Europe Roma Network is calling for donations to cover expenses for travel from Birmingham and Maidstone as well as transport within London. The grant will allow more people to attend and give the event the momentum required to support the movement for creating a voice for Roma representation. A lack of funding currently restricts the Europe Roma Network in fully carrying out its objectives.

The Europe Roma Network has been calling on David Cameron to appoint Roma representatives to his Holocaust Commission.

According to Ladislav Balaz of the Europe Roma Network:

‘It is vital that there is a positive attendance for this event as the Holocaust Commission are sending two representatives and a higher turn-out will put pressure on the Commission to recognise the Roma as a voice in a political climate where they feel restricted from influencing and being represented under the government and continue to face harsh, anti-migrant and anti-Traveller policies. The Europe Roma Network believe that there is a link between the Genocide against Romani people under Nazi Germany and the rise of racism and anti-Gypsy attacks taking place today. Therefore, a good turn-out will support the case for representation and allow recognition of Roma at the proposed new Holocaust memorial museum.’

I absolutely agree – but why has it been left so late to make this appeal? After the event at the Hyde Park memorial in August 2014, I gave some suggestions to Grattan, Michael and others, emphasising that plans need to begin early and that the organisers of the 2015 event should tell us non-Roma how they would like us to help. It must come from within the Roma community. It takes time to make an appeal come to fruition unless it is a very popular one. The government has given monies to other minorities and should be lobbied to finance this event. An appeal might be started through the Christian churches and other faith groups – but it takes time. All potential contactsshould be explored now that we have a specific call for support. I will do what I can through Rene Cassin and my local MP.

Come on everybody – submit your comments too and let’s get down to action!

We need to move forward and get something organised for this year, but then we should probably meet more or less immediately after this year’s event and discuss a longer-term strategy for the 2 August event, start lobbying and get it on to the official calendar of Holocaust memorial events in Britain.

Yes. Let’s contact our MPs and keep the honoured name of the Roma in the public arena!

It is high time that the brutal genocide of Roma and Sinti in the Holocaust be today now acknowledged . The Roma and Sinti have been the eternal victims of culturally accepted racism for too long and as we can now see, indifference. Both acts are profoundly damaging and an indictment of our current society; for the test of the humanity of a community is how the poorest and most vulnerable of that community are valued and treated.