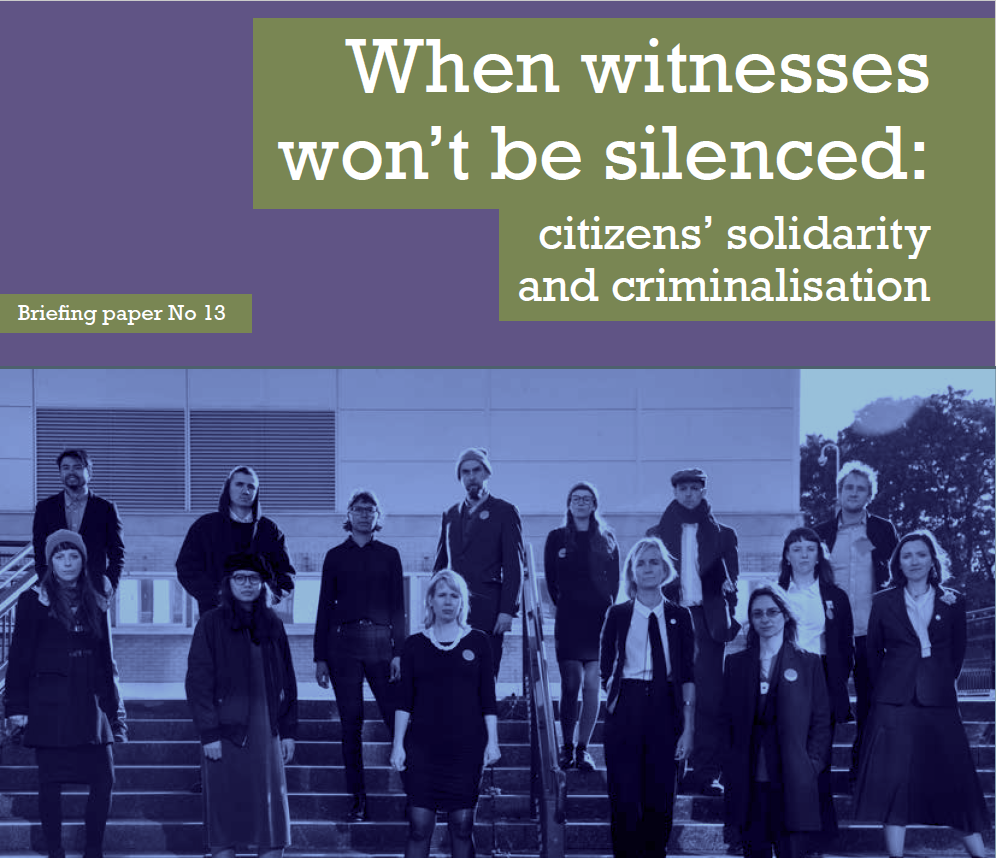 The Institute of Race Relations (IRR) publishes today a compelling new report on ‘crimes of solidarity’, drawing attention to a dramatic increase in prosecutions, restrictions and penalties, against a variety of civil society actors.

The online publication of When Witnesses Won’t be Silenced: citizens’ solidarity and criminalisation comes just days after the Global Legal Action Network petitioned the European Court of Human Rights arguing that the prosecution in January 2016 of Salam Kamal-Aldeen, the founder of Team Humanity, for his rescue work in the Aegean Sea constitutes a violation of human rights law.

The IRR’s second report on ‘crimes of solidarity’ in eighteen months highlights the escalation in prosecution of migrant solidarity activists throughout Europe under aiding illegal immigration laws since the publication in November 2017 of our first report, documenting seventeen new cases involving ninety-nine people in 2018 and the first three months of 2019. (1)

Case studies reveal that people have been prosecuted for rescue at sea and on land, or for giving homeless people shelter, or halting deportations. Not only has there been a dramatic increase in prosecutions but, significantly, a step change in the type of charges being brought as well as greater restrictions on individuals once place under investigation. For instance:

*Charges have included membership of a criminal network or gang as well as, in the Stansted 15 case, terrorism-related offences

* In some cases, individuals and organisations have had phones tapped and bank accounts frozen

* In the case of search and rescue NGOS investigation and/or prosecution has been accompanied by ‘smear campaigns’ which seem to be spearheaded by the Italian government to delegitimise, slander and obstruct aid associations
*In one case, the mayor of Riace in Calabria, southern Italy was even placed under house arrest before being temporarily banished from the town.

To coincide with the publication of the report, the IRR has written today to the European Commissioner for Migration, Dimitri Avrampoulos, urging him to review the Facilitation Package and to take urgent steps to prevent the further prosecution of humanitarians for what civil society refers to as ‘crimes of solidarity’.

According to IRR Director, Liz Fekete, ‘The current spate of prosecutions, made possible by the failures of the European Commission, is completely unacceptable . What is clear though, is that civil society actors are more determined than ever before to fight for and with displaced people. Far from being deterred by prosecution, witnesses are refusing to be silenced.’

it seems possible issues of racial equality breaches do not get addressed, due to persons being diagnosed with mental health concerns.
a valid comment, or not?