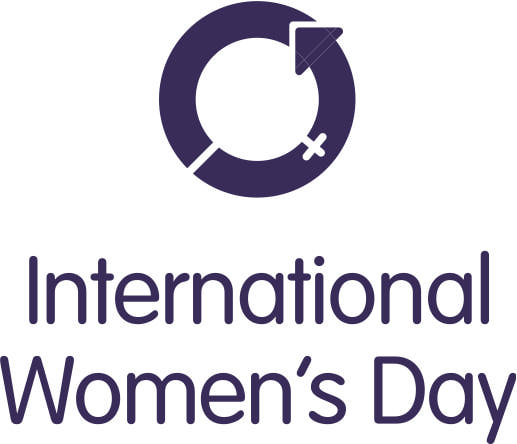 Rights for women extend only as far as the immigration and asylum system allows.

When the first International Women’s Day was marked, in 1911, well over a million people demonstrated, campaigning for the right to vote, to end discrimination, to work, to be trained and to hold public office. Since then, its existence has steadily been popularised, to the point where it was adopted by the United Nations in 1977. And it is a sign of the extent to which it has been appropriated by the mainstream that, in 2013, this once radical, socialist event now has a list of sponsors which includes global giants E.ON, BP and the International Finance Corporation (IFC). ‘Discover BP’s feminine side’, its website implores readers, before asking browsers to vote on which world leader achieves most for women. (Hollande, Merkel, Cameron, Harper, Gillard and Obama make up the short-list.)

International Women’s Day 2013, marked last week, was dominated in large part by a major concern: female genital mutilation (FGM), or ‘cutting’. It is an issue on which the press and politicians speak with one voice. In the days leading up to the event, international development minister, Lynne Featherstone, pledged £35 million to stop the practice and a plethora of columnists, editorials and commentators lined up to congratulate the government. London Evening Standard’s Sarah Sands added that ‘if families in Britain are colluding in this, we should pursue them relentlessly and prosecute’.[1] And the paper itself, in conjunction with the Independent, began a campaign ‘against the horror of female genital mutilation’. According to new research, about 30,000 people in Britain are at risk, making it the FGM capital of Europe. The Foreign Office has implored people to contact the authorities if they suspect that someone they know may be subjected to it. ‘To really have a chance of ending this practice’, overseas aid secretary Justine Greening has said, ‘we need everyone pulling together’. And almost as one, Britain’s media dutifully reproduced her appeal not to ‘look the other way’.[2]

So why did it? Amidst the solemn pronouncements on the importance of ongoing fights for women’s rights, amidst all of the sycophantic regurgitations of the government’s actions on FGM, not one national newspaper saw fit to mention the fact that, on International Women’s Day, Teniola Aliyu, a child said to be at risk of the practice, languished with her mother and sisters in detention in England, about to be deported to the place from where that risk emanated. The mother of this family, Hassanat, fled Nigeria in 2006 because her 1-year-old daughter was threatened with FGM. Seven years later, on the day after International Women’s Day, they were deported back there, landing on 10 March 2013: Mother’s Day. It was left to Tyneside Community Action Against Racism (TCAR), who had campaigned for the family, to point out the irony.

The reality is that despite all of the talk about continuing struggles for women’s rights, the support for them very often founders when set against the imperatives of the asylum system. Earlier today, people rallied outside the Home Office to symbolically put the UKBA ‘on trial’ for the death of Jackie Nanyonjo, a lesbian asylum seeker killed on International Women’s Day in Uganda. Jackie was refused asylum in the UK because the authorities refused to accept that she was gay, despite testimonies from her friends and her partner. She was deported in January and, according to her supporters, arrived in Uganda requiring medical attention from injuries sustained on the flight. When her family made contact with her she was described as being ‘in terrible pain and vomiting blood’. She died, months later, in hiding, with her family scared to take her to a hospital for fear of possible state-sanctioned homophobic violence.[3]

A commitment to women’s rights should surely include the cases of Jackie Nanyonjo and Teniola Aliyu. But it doesn’t. Theresa May, home secretary, made this clear the day after International Women’s Day when she boasted to party activists that, were the Conservatives to win a 2015 election, they would consider withdrawing from the obligations set out under European Convention on Human Rights and from the Human Rights Act because they restrict the UK’s ability to ‘act in the national interest’. Lest there was any confusion, she made clear that the national interest, as the government defines it, is the continuation of mass privatisation, the neutering of the unions and a government that is freed from the limited accountability provided by human rights instruments.[4] The previous day – International Women’s Day – she produced a video imploring us to respect women’s rights and about the challenges women face.[5] It is a measure of the extent to which the language of human rights has been appropriated, its meaning debased, that no journalist in the mainstream press saw fit to point out the bare-faced hypocrisy.

We did not see this being reported by the IRR…

We want figures for all levels of the NHS both male & female non white i.e. black (in the general sense) as are now just convenient scapegoat fodder/donkeys for the mismanagement in NHS trusts/SHAs inc. BSA/Other NHS outlets.

Regardless of whether they were born here or immigrated here, Black people seem to be facing the same problems. Diluting the cause by erroneous distraction to other issues is not going to make the problem disappear.

Question ? Are there any black people left in the IRR?