Culture of indifference to the far Right 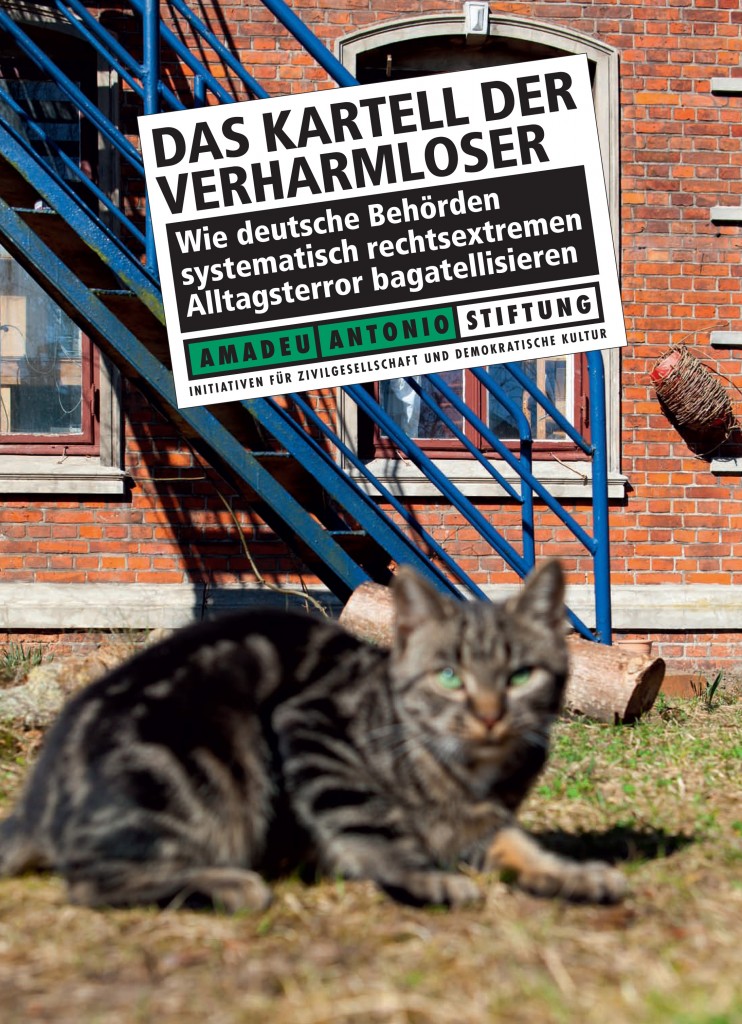 A new report from Germany highlights the institutional racism that lies behind official responses to the far Right.

In the wake of the scandal surrounding the police’s failure to prevent the eleven murders carried out by the National Socialist Underground (NSU), and the subsequent promise by the federal government to strengthen the pro-democracy fight against far-Right extremism, David Crossland, the editor of Spiegel Online International has carried out an investigation into ‘Why Germany isn’t rooting out its Neo-Nazis’.

A timely new report from the Berlin-based Amadeu Antonio Foundation backs up the picture Crossland paints of a German public and police force indifferent to the growth of the far Right. Das Kartell der Verharmloser, a 29-page report (in German), is based on case-studies, some of which have already been published on the internet news service‚ ‘Courage against right-wing violence‘, hosted jointly by the Foundation and the weekly magazine Stern. Empirical research is backed up with interviews with experts on rightwing extremism as well as case-workers at victim support, educational charities and monitoring centres on the far Right across Germany. One of the most shocking things to emerge from the report is evidence of a federal and regional political strategy of actively obstructing pro-democracy and anti-racist work. ‘Victims are left high and dry in a nearly systematic way by public offices’, claims author Marion Kraske.

Kraske is a political scientist and journalist and the report is the result of her travels across eight of Germany’s sixteen States. She visited nine cities – Plauen, Wismar, Jena, Erfurt, Limbach-Oberfrohna, and Boizenburg (in East Germany), Frankfurt, Düsseldorf and Dortmund (in the West). One problem Kraske identifies from the outset is the way in which municipalities in West Germany persist in presenting racism and rightwing extremism as a problem of the East. Yet some cities in the West, most notably Dortmund, have emerged as strongholds of rightwing extremism, particularly amongst the youth.

Amongst Kraske’s many important insights:

Das Kartell der Verharmloser can be downloaded (in German) here.