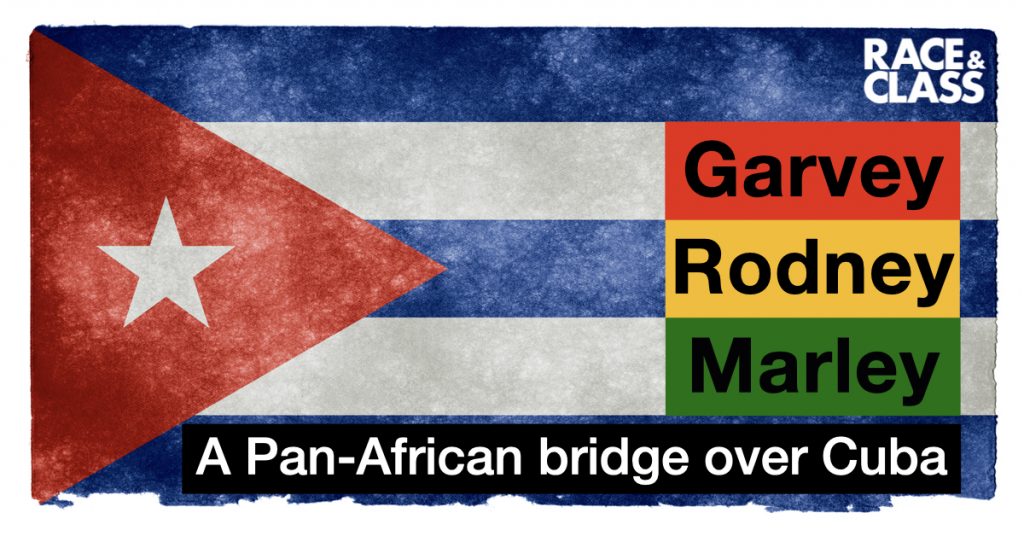 The author argues that the ideas of Marcus Garvey, Walter Rodney and Bob Marley provide ideologically connecting points in the assessment of cross-cultural connections between Cuba and the Caribbean.

It was, for many years, post-Revolution, taboo to discuss ‘colour’ in Cuba. Fighting for a socialism to end poverty, ill-health and ignorance, against a backdrop of hostile interventionist North America, took precedence. Inevitably this trajectory was to cut Cuba ideologically adrift from its Caribbean neighbours which were coming to terms with the race/class ravages left by plantation slavery and colonial rule, under the influences of Pan-Africanism and Black Power.

In this challenging piece of historical recovery Samuel Furé Davis, professor at the University of Havana and an active member of the Caribbean Studies Association, tackles the Cuban ‘colour question’ tangentially – pointing, in ‘Garvey-Rodney-Marley: a Pan-African bridge over Cuba’ to how in Cuba discourses on racial awareness and anti-racist epistemologies did have direct or indirect positive outcomes during the encounter with ideas of decolonisation promoted by Black movements and readings of Black Caribbean intellectuals. He explores regional intersections among Pan-Africanism, Caribbean social and intellectual thought, and their expression in Cuba, focusing on identity, Black consciousness and the tangential impact of Pan-Africanism as a political ideology on Cuba in three different periods.

The author examines his ‘three pillars’ at different points in time to show that the ideas of Marcus Garvey (who visited in 1921 when his UNIA was already established there) Walter Rodney (who visited in 1962 and 1968 and was himself greatly influenced by the Revolution) and Bob Marley (whose Reggae music and Rasta influences reached young Cubans both before and after his death in 1981) provide ideologically connecting points in the assessment of cross-cultural connections between Cuba and the Caribbean.

‘The pillars of this bridge (these men’s ideas of Pan-African political action) are not anchored in Cuba’, he concludes, ‘the bridge rather goes over the island in its transnational Caribbean/North American/Pan-African world route. Nevertheless, the ideas of these men have left their mark on identity among the population of African ancestry in different generations.’