Bail for Immigration Detainees (BID), a charity that assists those in immigration detention in the UK, is taking legal action against the British government in an attempt to pressure it into designating security company G4S as a ‘High Risk’ strategic supplier in the wake of ‘catastrophic failings’. 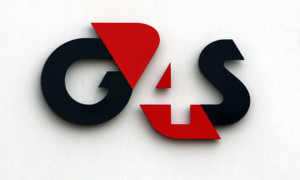 The launch of the campaign comes after the BBC’s Panorama programme Undercover: Britain’s Immigration Secrets, which aired late last year, exposed serious failings on the part of G4S in its running of the Brook House Immigration Removal Centre (IRC). These failings included the mistreatment of detainees by staff, a widespread culture of disrespect and the falsification of incident reports in order to cover up conduct.
Panorama’s exposure of Brook House IRC is the latest in a long line of allegations involving G4S in the running of detention facilities, including the very similar allegations made against staff at Medway Secure Training Centre in January 2016.
Under current government policy, a ‘Strategic Supplier’ can be designated ‘High Risk’ if there is ‘evidence of repeated concerns regarding underperformance and mismanagement in the delivery of the services they are contracted to provide’.‘High Risk’ designation would mean that G4S’ existing contracts with the government would be subject to closer monitoring and review. It would also make it harder for the government to award G4S contracts in the future.
Celia Clarke, BID’s Director, commented on the action:
‘Time and time again G4S’s conduct in its management of government contracts has been found wanting. The mounting list of scandals must be seen as systemic failings by the government, not one-off incidents. We have seen evidence of serious maltreatment of detainees by staff at Brook House IRC and yet there appears to be no recognition of this by the government. Bringing a legal challenge against the Cabinet Office for failing to designate G4S a “High Risk” strategic supplier will make it harder for the government to award G4S future contracts and, ultimately, help prevent the future maltreatment of detainees. We have sent a pre-action letter of claim to the Cabinet Office and are awaiting their response.’

You can contribute to the costs of the legal challenge here.