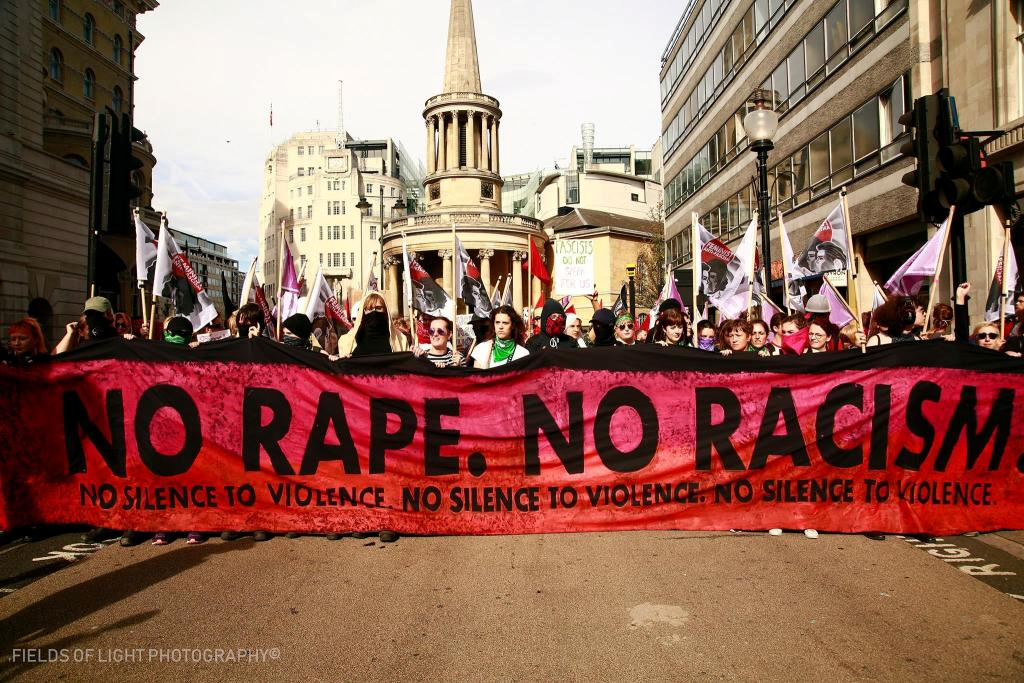 Today, on International Women’s Day, the IRR warns that anti-immigrant Islamophobic currents in Europe are growing on the back of the racialisation of sex crimes.

Writing in the UK context, Kay Stephens, as part of an anti-racist feminist collective in London, argues that in order to resist the toxic narrative around ‘Asian grooming gangs’, we need to unpack the ways in which sexual violence today is viewed primarily through a racialised lens. Her warning that the far Right, as well as some more mainstream voices, is co-opting a feminist stance for racist and anti-feminist ends is particularly pertinent. This week it emerged that far-right groups are attempting to infiltrate child protection charities; their purpose to further an anti-Islam agenda, particularly in towns with historical problems of child sexual exploitation (see our calendar of racism and resistance).

Across Europe, far-right parties are gaining political ground by racialising sex crimes, as they introduce profoundly anti-feminist measures. Amidst a resurgence of the far Right in Spain, a bus campaign has been launched ahead of International Women’s Day, featuring an image of Hitler wearing makeup with the hashtag ‘#Stop Feminazis’ and the caption ‘gender laws discriminate against men’, calling for  repeals of both the 2004 gender violence law and legal protections granted to the LGBTQI community.

This is not unique to Spain, as we continue to see anti-feminist measures, often in opposition to reproductive and sexual rights, introduced across Europe. Last December, Verona’s local council passed a municipal motion to prevent abortion, introduced by a Lega councillor who said that if Italian women won’t have more babies, ‘we will be conquered by the Muslims who will impose Islamic law’. Similarly, incentives to encourage ‘indigenous’ women to give birth, (for instance, Victor Orbán’s declaration that women with four children or more will be exempt from paying income tax in Hungary) must be viewed in the context of policies that keep migrants out by force.

In this dystopian, but very real, context that utilises women’s bodies for chilling demographic ends, there are some positive signs, notably the emergence of a feminism that seeks to challenge racism and sexism simultaneously.