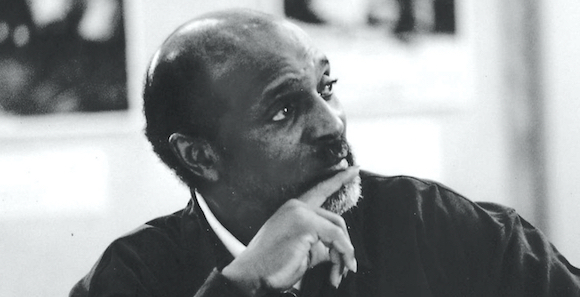 It is with immense sadness that we record the death of the IRR’s great friend and stalwart supporter Cedric Robinson in Santa Barbara California on 4 June.

Cedric had been connected to Race & Class for almost forty years, writing first in early 1978 (on Richard Wright), joining its Editorial Working Committee in 1980, becoming part of IRR’s fabric as we rebuilt the IRR’s collectivity and as he carried out his research at Cambridge for his landmark Black Marxism: the making of the black radical tradition. He, with wife Elizabeth and daughter Najda provided, first in Radwinter, and later in Santa Barbara, a home from home for IRR visitors. Cedric, though a painstaking and prodigious scholar and a unique pioneer in the field of Black Studies, was the opposite of an elitist ivory tower academic. He welcomed everyone to share in his learning. He was always eager to teach, share a joke, play you some music he had discovered, tell about a film he was angry about, a story that had just reached him. He never pontificated. On the contrary, he was intensely humble, always soft-spoken, and so gentle that one often had to strain to catch the irony that was accompanied by slightly raised eyebrows and the beginnings of a bemused smile.

It was a gift to know him and an honour to have him connected to our journal for so many years.

IRR News: Tributes to Cedric Robison from across the world

Thank you for this beautiful memorial, Jenny. Sending love and saudades to all at IRR. Cedric Robinson, presente.

Spot on description of such a wonderful man.

He is an intellectual in unabused sense of that term. Best of all, he is an authentic human being. The world lost a great scholar.