5 February: On the eve of the fourth anniversary of the Tarajal tragedy, when at least fourteen migrants drowned as civil guards used rubber bullets and tear gas to stop them reaching the Spanish enclave of Ceuta by swimming, Spanish NGOs condemn the lack of justice for the victims and bereaved families. A judge dismissed charges against the Civil Guard for the second time in January, after being ordered to reopen the case, but NGOs complain that vital witnesses were never called to testify. (El Faro de Ceuta, 5 February 2018, El Pais, 6 February 2018; ECCHR, 8 February 2018)

6 February: Police raid a forest camp of Vietnamese migrants in northern France, and detain twenty-seven people. It is said that the raid was conducted to arrest human smugglers. (WPXI, 6 February 2018)

6 February: Denmark’s Social Democrats, part of the left-wing opposition, propose cutting the number of ‘non-Western’ foreigners who can come into Denmark, stating they ‘want to reform our asylum system, among other things, by setting up reception centres outside Europe’. (The Local, 6 February 2018)

8 February: The Supreme Court rules unlawful an attempt by the Special Immigration Appeals Commission to impose bail conditions on an Algerian who could not be deported. (UKSC blog, 8 February 2018)

8 February: Doctors without Borders (MSF) publish Harmful Borders, which documents the violence and abuse inflicted on migrants during push-backs by state agents at Ventimiglia, on the border between France and Italy, and provides information on twenty people who have died in the past two years in attempts to cross the border. Download the report here. 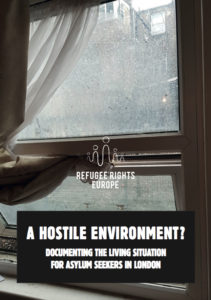 10 February: It is revealed that the Home Office will launch a video campaign to stop migrants travelling to the UK, which uses the testimonies of migrants in Libya to dissuade others from making the journey. (Guardian, 10 February 2018)

10 February: BuzzFeed News reveals that the number of people given public funding to fight an immigration case is lower than in any previous quarter on record. (BuzzFeed, 10 February 2018)

11 February: Home Office whistleblowers claim that seeking asylum in the UK is a lottery and interviews are rushed and biased, with some decision-makers being accused of abusive attitudes to applicants and using ‘intimidation tactics’. Some Home Office officials are said to take pride in rarely granting asylum. (Guardian, 11 February 2018) 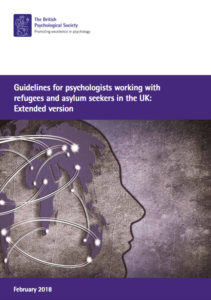 12 February: Martine Landry, a 73-year-old human rights activist, is arrested in southern France for ‘having aided the entry of two foreign minors’ to cross the Italian border into France. Landry claims she did not help the young men cross the border, but took them from the French side to the police station in Menton, France. (Al Jazeera, 12 February 2018)

13 February: The Spanish government proposes to Frontex that the EU enters an accord with Morocco, similar to the EU-Turkey deal, to provide support to Morocco to help it control migration more effectively so as to ‘stem the flow’ to Spain. (Info Migrants, 13 February 2018)

13 February: In a legal challenge against deportation brought by a Ghanaian who spent over twenty years as a slave in Ghana and the UK, the Court of Appeal rules that Home Office guidance is unlawful, breaching the UK’s obligations under the Trafficking Convention by imposing too harsh criteria for granting victims leave to remain, and that officials must decide the man’s case again. (Guardian, 14 February 2018)

14 February: Austria’s new chancellor, Sebastian Kurz, announces that a special EU summit on illegal immigration will take place on 20 September, to coincide with Austria’s leadership of the European Council in the second half of 2018. (Independent, 14 February 2018)

15 February: Interior minister Kai Mykkänen defends Finland’s immigration legislation three days after Finnish broadcaster YLE reveals that an Iraqi asylum-seeker was shot dead in Baghdad on 17 December 2017, just weeks after his deportation from Finland, and that the man’s daughter and her two Finnish-born infant children, who live in Finland, are facing a deportation order. (YLE, 12 February 2018; Helsinki Times, 15 February 2018)

7 February: The Independent Office for Police Conduct (IOPC) drops a case against eight West Midlands police officers involved in the arrest of Don Lorenzo, 65, a musician who was allegedly racially abused and assaulted by police, because ‘the passage of time’ has hindered proceedings. (BBC News, 7 February 2018) 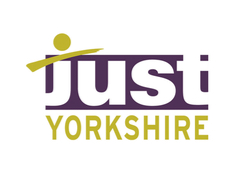 13 February: The IOPC begins an investigation into allegations that a Met police officer sent racist, homophobic and sexual text messages to a colleague and abused his position of trust as a Police Federation representative. (Croydon Advertiser, 13 February 2018)

9 February: Neo-Nazi Liam Seabrook, 31, pleads guilty to making a threat to kill, sending malicious communications, threatening to destroy property and having articles with intent to destroy property and is sentenced to eight years in prison and two years on an extended licence. The Crown Prosecution Service (CPS) dropped charges under the Terrorism Act. (Gazette Live, 9 February 2018)

10 February: Hope Not Hate reveals that US Company Cloudflare, which protects websites from cyber-attacks, stores the contents of banned neo-Nazi websites on servers based in the UK. (Guardian, 10 February 2018)

10 February: Thousands of people march in Rome, Palermo, Milan and Macerata against racial violence and the resurgence of fascism, in response to the shootings by Luca Traini, a far-right activist who wounded six people he thought were migrants. (BBC News, 10 February 2018, Al Jazeera, 11 February 2018)

16 February: Far-right Polish ‘journalist’ Rafał Ziemkiewicz says he will no longer be coming to the UK, which he describes as ‘fascist’, after events in Bristol, Cambridge and London are cancelled as MPs called for him to be denied entry to the country. (Guardian, 16 February 2018)

18 February: Hundreds of far-right supporters hold a torchlit procession in the Bulgarian capital Sofia, declaring support for General Hristo Lukov, who led a pro-Nazi organisation in the 1930s and ‘40s. (Guardian, 18 February 2018)

19 February: In the run-up to the Italian general election, the far-right Northern League promises to introduce mass deportations of asylum seekers to Africa as part of a programme to remove 400,000 migrants from Italy. (Guardian, 20 February 2018)

9 February: It is revealed that Amanda Spielman, the head of Ofsted, is to be questioned by a parliamentary education committee over her vocal support for a hijab ban for girls under 8 at a school in Newham, following complaints from the Muslim community. (Guardian, 9 February 2018)

13 February: A plaque is unveiled at Hull’s Trinity Market in honour of Duse Mohamed Ali, an Egyptian-born actor, journalist and campaigner who founded the Hull Shakespeare Society in 1903. (BBC News, 13 February 2018)

8 February: Two men are arrested on suspicion of modern slavery after police raid a flower-picking farm at Manaccan, Cornwall. Some 200 workers, mostly male migrants from Lithuania, Romania and Bulgaria, were working at the farm. (Guardian, 9 February 2018)

8 February: Over 100 Lithuanian and Romanian migrant flower-pickers protest at Camborne police station over the raid at Manaccan that has resulted in the arrest of their employers. The protesting workers claim they are not being exploited. (Cornwall Live, 8 February 2018)

9 February: New data from the National Farmers Union reveals that as a result of the Brexit vote, 4,300 vacancies at fruit and vegetable farms were unfilled last year, with farmers suffering losses as crops were left to rot. (Guardian, 9 February 2018)

8 February: New research by the University of Salford for the European Roma Rights Centre finds that the number of Roma and Traveller children being taken into care has increased by 720 per cent since 2009. Download the report, The Fragility of Professional Competence here (pdf file, 4mb).

14 February: Isma Goncalves, a black former player for Hearts, claims that his family no longer comes to see him play because of all the racial abuse directed at him. (Daily Record, 14 February 2018)

7 February: Hugh Gaffney, a Labour MP, apologises for ‘deeply offensive and unacceptable’ remarks made at a Burns supper in Edinburgh about the LGBT community and Chinese people. He agrees to undergo equality and diversity training. (BBC News, 7 February 2018)

18 February: In the run-up to the Hungarian general election, prime minister Viktor Orbán, in his annual state of the nation address, says that Hungary is the last bastion in the fight against the ‘Islamisation’ of Europe and that the West has ‘opened the way for the decline of Christian culture’. (Guardian, 18 February 2018)

8 February: The Daily Telegraph carries an article on George Soros, co-authored by ex-Downing Street chief of staff turned columnist Nick Timothy, which is accused of anti-Semitic overtones. The article accuses Soros, described in the article as ‘a rich gambler … meddling in nations’ affairs’, of orchestrating a ‘secret plot to thwart Brexit’. (The Independent, 8 February 2018)

8 February: Police appeal for information after a 75-year-old woman is racially abused, robbed and pushed into a wall by a white man in his 20s in Huddersfield. (Yorkshire Post, 8 February 2018)

10 February: A group of three man and three women racially abuse and assault the staff of the Ruby Restaurant in Lichfield, after the group were asked to leave when they refused to pay their bill. (Birmingham Mail, 12 February 2018)

8 February: Robert Michael Ashurst, an in-house lawyer for the General Medical Council, admits sending sexist, racist and homophobic emails to a colleague and is fined £5,000 by the Solicitors’ Disciplinary Tribunal. (Law Gazette, 8 February 2018)

5 February: Joseph Detheridge, 21, pleads guilt to racially aggravated grievous bodily harm and is jailed for forty months. He launched an unprovoked racist attack against a man in Carlton Hill, Nottingham, and attacked him with an extendable baton, breaking his cheekbone. (Nottingham Post, 5 February 2018)

8 February: A serving New York police officer convicted of a racist attack while on holiday in Derby is suspended for thirty days and charged with ‘conduct unbecoming a police officer’. (Derby Telegraph, 8 February 2018)

8 February: Sam Timms, 38, admits racially aggravated harassment and is sentenced to five months in prison after drunkenly mocking a black woman travelling on a train from Leicester to London by singing in a ‘Jamaican or West Indian’ accent. Another man fails to attend the hearing and a warrant is issued for his arrest. (Leicester Mercury, 8 February 2018)

11 February: Courtney Tannahill, 21, who received a twelve-month suspended sentence for racially abusing two Leicester shopkeepers, has the sentence reduced to seven months after a judge rules that the abuse was ‘relatively limited in duration and effect’. (Leicester Mercury, 11 February 2018)