7 October: Leaked EU plans reveal proposals to deport thousands of failed asylum seekers by threatening countries refusing to take back their migrants with withdrawals of aid, trade deals and visa arrangements. The documents show that Frontex will be assisting in the deportations. (Independent, 7 October 2015)

9 October: The detention of a 42-year-old Sudanese woman is branded ‘unreasonable and truly disgraceful’ by a High Court judge. The woman, a torture survivor, was held at Yarl’s Wood removal centre for 37 days. (Independent, 9 October 2015)

11 October: It is reported that councils in the UK were sent draft guidance in advance of Theresa May’s speech on immigration to warn them not to provide Syrian asylum seekers with ‘luxury’ goods such as fridges, cookers, TVs or DVD players. (Observer, 11 October 2015)

12 October: An Afghani man, Vahid Vazirir, confirms that the Taliban has killed his 16-year-old brother in Afghanistan. The two brothers were deported, against humanitarian organisations’ advice, from Denmark earlier this year after living there for five years. Vahid is now in hiding in Iran. (The Local, 12 October 2015)

12 October: The Law Gazette reveals that immigration appeal hearings are being delayed until next summer because of a high volume of cases. (Law Gazette, 12 October 2015)

12 October: Over 350 QCs, barristers, solicitors and law professors sign a statement calling for ‘an urgent, humane and effective governmental response to the refugee crisis’.

13 October: The Immigration Bill, which will cut asylum support, remove appeal rights and further criminalise and marginalise undocumented migrants, has its second reading in House of Commons. (BBC News 13 October 2015)

13 October: The International Federation of Iraqi Refugees publishes issue no.16 of its newsletter, Federation. Download it here (pdf file, 1,.9mb).

13 October: The Home Office wins a case at the Court of Appeal over the rights of appeal of foreign prisoners facing deportation from the UK; the court ruled that two men facing deportation would not have their human rights breached if they were to be deported before their appeal rights were exhausted. (Guardian, 13 October 2015)

14 October: A Syrian migrant in her early thirties dies after being run over by a car on the A16 motorway to Calais. Her death brings the total number of deaths of migrants attempting to cross to the UK from Calais since June of this year to sixteen. (La Voix du Nord, 15 October 2015)

14 October: New guidance issued by the Association of Directors of Children’s Services states that social workers should give asylum seeking children the ‘benefit of the doubt’ when assessing their age. (Children & Young People Now. 14 October 2015)

15 October: A High Court judge quashes the decision to refuse a 45-year-old Asian woman a passport, criticising as ‘grotesque’ and ‘untenable’ the Home Office’s objections to her claim to British citizenship. (Asian Image, 15 October 2015)

16 October: A ‘warning shot’ by a Bulgarian border guard kills an Afghani migrant aged between 20 and 30 in the city of Sredets, Bulgaria. He had entered the country with a group of 50 men who are all currently held in custody. (BBC, 16 October 2015)

16 October: On the tenth anniversary of the creation of the Frontex agency, around 300 people stage a protest at London St Pancras station to highlight the deaths of refugees and the politics of Fortress Europe. (Open Democracy, 19 October 2015)

16 October: Failed asylum seekers fear deportation on chartered private jets as it removes them from the public eye, making it impossible for anyone to witness possible violence against them. Deportations are highly contested due to both their alleged high costs, reaching £14 million in just 18 months, and the locations to which people are forcibly returned. (Guardian, 16 October 2015)

17 October: A 34-year-old Hungarian man is arrested without any charges during a peaceful protest. The Home Office is targeting the political activist as part of an operation designed to arrest and deport criminals from other parts of the EU living in the UK. Daniel Gardonyi has lived in the UK for 7 years and is now facing deportation threats from the Home Office. (Guardian, 17 October 2015)

18 October: 84 bishops release a private letter they wrote in September urging the prime minister to accept more refugees, accusing him of ignoring their offers of help to house and provide for up to 50,000 refugees. (Observer 18 October 2015)

20 October: At a Pegida rally in Germany, attended by tens of thousands of people, Stephen Yaxley-Lennon describes the movement as ‘the salvation of Europe’ and says ‘current immigration is an invasion’. (Independent, 20 October 2015)

21 October: Checks on the immigration status of tenants, which could lead to ‘potentially discriminatory behaviour’ according to the Government’s own review, will be rolled out nationally, ministers announce. (Independent, 21 October 2015)

16 October: After a 14-year-old Muslim boy who mentioned ‘eco-terrorism’ in a discussion about the environment was taken out of a classroom in a London school and questioned about his ‘affiliation’ with ISIS, Islington Council will lobby the government to change its counter-extremism duty in schools, stating that it is a great concern for free speech, human rights and community cohesion. (Islington Gazette, 16 October 2015)

18 October: David Cameron announces £5 million funding, and further increases in coming years, of anti-extremist projects in communities and online to challenge all forms of extremist ideology. Part of the strategy will be developing stronger ties between industry, police and government. (Guardian, 18 October 2015)

19 October: The government launches a counter-extremism strategy which includes plans to combat what is described as ‘entryist’ infiltration of the public sector, charities and businesses by ‘extremists’. (Guardian, 19 October 2015)

8 October: Two Met police officers, PCs George Cooper and Stephen Newbury, are sacked following a disciplinary hearing after racist text messages were found on their phones during an investigation into the Plebgate affair. (BBC News, 8 October 2015) 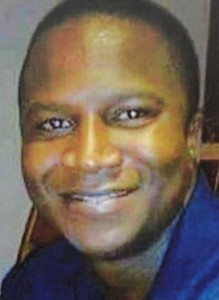 8 October: After viewing phone and CCTV footage of Sheku Bayoh’s dying moments after being restrained by police officers in Kirkcaldy earlier this year, his family call for the footage to be released. (The Courier, 8 October 2015)

9 October: A 40-year-old black war veteran tells the Andover Advertiser that he was the victim of a racially motivated asault by police officers in Andover police station in September. (Andover Advertiser, 9 October 2015)

12 October: Freedom of Information requests reveal that there have been 240 complaints of racial discrimination against the Metropolitan police over a one-year period but not one has been upheld. (Guardian, 12 October 2015)

12 October: The Independent Police Complaints Commission (IPCC) announces an investigation into allegations of racial abuse and misuse of police computers by two Sussex police officers, including a senior officer who has been suspended, following an incident while the men were off duty. (Eastbourne Herald, 12 October 2015)

12 October: An inquest into the death of Tobias Terpilowski-Gill is told he fell from a balcony in Kilburn while handcuffed after he was denied urgent mental health care. (KIlburn Times, 12 October 2015)

13 October: According to Freedom of Information requests made by the BBC, black people are three times more likely to be tasered than white people. (BBC News, 13 October 2015)

13 October: The Jamaican security minister disputes David Cameron’s recent announcement, made on a visit to the country, that a prisoner transfer agreement has been signed to allow Jamaicans convicted in the UK to be sent home to serve their sentence in a prison funded by the British government. (Guardian, 13 October 2015)

14 October: INQUEST publishes the latest edition of its E-Newsletter. View the newsletter here.

15 October: The Ministry of Justice publishes: ‘Use of language interpreter and translation services in courts and tribunals statistics: 2013 to 30 June 2015’. Download the statistics here.

15 October: BBC News airs claims that PC Alan Paton, a police officer involved in the death of Sheku Bayoh, has a history of violence, including against his own parents, and ‘hates black people’. (BBC News, 15 October 2015)

15 October: The Ministry of Justice launches a ‘Review of coroner services’. The review closes on 10 December 2015. View details about the review here.

16 October: The National Crime Agency launches an investigation into the Metropolitan police, especially the conduct of the former detective sergeant John Davidson, after allegations arose that the murderers of Stephen Lawrence, stabbed to death by a racist gang in London in 1993, were shielded by police corruption. (Guardian, 16 October 2015)

10 October: Far-right groups, including the North West Infidels, hold an anti-refugee demonstration in Preston which is met by a counter demonstration. One person is arrested. (Lancashire Evening Post, 11 October 2015)

9 October: Ryan Swindells is jailed for three years after pleading guilty to assault and affray after an unprovoked racist attack on two Iraqi-Kurdish men in Orford, Warrington. One of the victims suffered head injuries and a fractured collar bone after being kicked unconscious by Swindells and four others. Two others are also sentenced in connection with the attack.  (Warrington Guardian, 15 October 2015)

9 October: In the latest of many paramilitary attacks on refugees arriving at Europe’s borders, five armed commandos, wearing hoods and masks, without insignia, appear on a speedboat in international waters off the Greek islands of Lesbos and attack four dinghies carrying about 200 refugees, among them women and children. They smash the engines, forcing the boats to float adrift at sea for eight hours. (Huffington Post, 15 October 2015)

12 October: In the worst incident of violence in the Netherlands since the refugee crisis began, men dressed in black, wearing balaclavas, setting off fireworks and ripping down fences, attempt to storm a sports hall in the Woerden, near Utrecht. The sports hall temporarily housed some 150 refugees, including 51 children. No one is hurt in the incident and several local people help intercept and detain the gang. The Prime Minister condemns the incident, and later visits the centre. (Dutch News, 12 October 2015)

13 October: David Cameron announces changes to the recording of hate crimes; anti-Muslim hate crimes are to be recorded separately and should be treated as seriously as anti-Semitic crimes. (Guardian, 13 October 2015)

14 October: A fireman in the western German town of Altena is one of two men arrested and charged with arson after setting fire to an attic of a house, forcing the seven Syrians living there, including a pregnant woman, to flee for their lives. The prosecution is criticised by the Green party lawmaker for failing to catalogue it as a hate crime (on the grounds that there was no far-right connection), and for not bringing an attempted murder charge. (NBC News, 14 October 2015)

14 October: New research finds that the Gurkha community in Catterick Garrison do not report race hate incidents as they have no relationship with the police and do not recognise racial abuse as a criminal offence because it is so persistent. (Darlington & Stockton Times, 14 October 2015)

18 October: Henriette Reker is elected mayor of Cologne, the day after she was stabbed in the neck and seriously wounded by an assailant. The attacker is known to have been angry about Germany’s immigration policy. She is said to be making a good recovery. (BBC News, 18 October 2015)

20 October: A 14-year-old boy is convicted of racially abusing a teenager of ‘mixed-race heritage’ with ‘severe learning difficulties’ whom he stabbed in the leg with a screwdriver in south London on 5 August. (Sutton Guardian, 20 October 2015)

21 October: Writer and poet Siana Bangura speaks of an incident on a train to Liverpool in October when she was called a ‘black n****r b***h’ and physically attacked by a white man, but one one onlooker told her to stop making a scene and to ‘calm down’. (Voice, 21 October 2015)

13 October: UKIP loses control of Thanet Council after another UKIP councillor defects to the Democratic Independent Group, four others having previously defected. Thanet Council had been the first council with overall UKIP control. (BBC News, 13 October 2015)

18 October: The right-wing populist and anti-immigration Swiss People’s Party secures a record result in the parliamentary elections and now has 65 out of  200 seats in the lower house. (BBC News, 19 October 2015)

13 October: It is revealed that a 10-year-old boy attending Parkfield Community School in Saltley, Birmingham was reported to the police over ‘concerning behaviour’; two other pupils at the school were also referred to police. (Birmingham Mail, 13 October 2015)