6 December: The director of Europol promises to ‘look again’ at the circumstances in which 500 refugees drowned in the April 2016 Mediterranean shipwreck after an investigation by Reuters/BBC Newsnight finds that no official body, national or international, 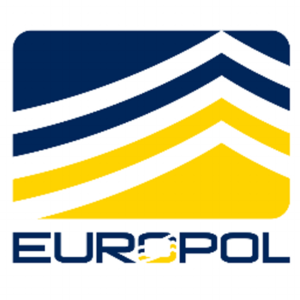 has held anyone to account for the deaths or even opened an inquiry. (Reuters, 6 December 2016)

7 December: The Belgian court of appeal upholds the claim to humanitarian visas of a Syrian family of four in Beirut, refused by the Belgian embassy, and orders the government to pay €1,000 a day to each family member until visas are issued. The Flemish nationalist (N-VA) interior minister refuses to grant the visas, saying it would set a dangerous precedent, and the Belgian government is to appeal to the European Court of Justice. (EU Observer, 12 December 2016) 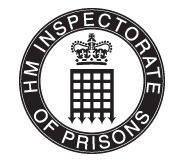 9 December: HM Chief Inspector of Prisons publishes a: Report on an unannounced inspection of the short-term holding facilities at DoverSeaport, Frontier House and Longport Freight Shed, download the report here.

9 December: Bail for Immigration Detainees publishes the latest edition of its Legal Advice Survey which finds that as many as one in five people held in immigration removal centres have never had legal representation during their detention. View the survey here. (Independent, 9 December 2016)

9-10 December: Eighty mayors of European cities including Rome, Barcelona and Paris hold a summit at the Vatican on the refugee crisis, condemn Europe’s passivity in the face of the crisis of displacement, and call for a Network of Mayors capable of ‘conceiving welcoming cities’. (IB Times, 12 December 2016)

12 December: A group of 12 teenagers who had been at the Calais camp and have since been moved to accommodation near the Swiss border go on hunger strike in protest at the UK government’s decision to end the transfer of children to the UK. (Guardian, 14 December 2016)

13 December: Staffordshire pensioner Michaela Fyson gifts a copy of A Country of Refuge to each MP – 650 in all – to influence ‘the tone of the debate around refugees and asylum seekers’. (Guardian, 13 December 2016)

13 December: Three years after a referendum ‘against mass immigration’, the Swiss parliament agrees new rules that limit the impact of EU workers on the domestic job market without jeopardising bilateral agreements with the EU. (The Local, 13 November 2016)

15 December: The Independent Chief Inspector of Borders and Immigration publishes a report: The implementation of the 2014 ‘hostile environment’ provisions for tackling sham marriage, August to September 2016, download it here.

15 December: Healthwatch Croydon publishes a report which finds that asylum seekers in the area have no time to worry about their health because of their day-to-day struggles with ‘exploitation, violence, malnutrition and constant tiredness … [which] leaves them trapped’. (Croydon Guardian, 15 December 2016)

16 December: HM Chief Inspector of Prisons publishes a report: Detainees under escort: Inspection of escort and removals to Albania, download the report here.

16 December: Child asylum seekers in France who were expecting to come to the UK have been told by the Home Office that their claims have been rejected and that they should appeal in France. (Guardian, 16 December 2016)

20-21 December: Refugees in Berlin appeal to Germans not to suspect all of them, as Horst Seehofer, leader of Bavaria’s Christian Social Union, joins far-right leaders in criticising Angela Merkel’s asylum policies after a deadly truck attack on Berlin’s Christmas market kills at least a dozen people, and injures about 48. A special commando unit storms a refugee shelter in Berlin where a Pakistani asylum-seeker, initially suspected of the attack but later released, is registered. (Deutsche Welle, 20 December 2016)

10 December: A man driving on the A449, with his two children, has the windscreen of his car smashed and is racially abused by one of a group of motorcyclists driving in a convoy whom he tried to overtake. (Droitwich Standard, 13 December 2016)

11 December: Racist graffiti is daubed at numerous locations in Ferry Meadows park, near Peterborough, for the eighth time in a month. (Peterborough Today, 13 December 2016)

12 December: The Department for Communities and Local Government publishes: A progress update to the All-Party Parliamentary Group against Anti-Semitism Inquiry into the rise in the number of anti-Semitic incidents following the Gaza conflict in 2014. Download it here.

12 December: The Department for Communities and Local Government publishes the: Government Response to Home Affairs Committee Report: ‘Anti-Semitism in the UK, download it here.

13 December: A 38-year-old man is charged with attempted murder, possession of an offensive weapon, assault and battery the day after allegedly stabbing a man on a train at Forest Hill station, shouting ‘I want to kill a Muslim’. (BBC News, 13 December 2016)

13 December: The European Parliament agrees new rules of procedure strengthening sanctions against hate speech that apply to all members of parliament, staff and lobbyists. (European Network Against Racism, 13 December 2016)

14 December: A 30-year-old man is arrested after brandishing an air gun and racially abusing a 60-year-old Asian shopkeeper in Newcastle. (Chronicle Live, 15 December 2016)

14 December: A 27-year-old Muslim woman is pushed to the ground and dragged along the pavement by her headscarf by two men in Chingford Mount, north London. (Evening Standard, 16 December 2016)

16-17 December: A mosque in Chateau-Thierry, in the French department of Aisnes, is attacked during the night by arsonists, who cause extensive damage, setting five fires which destroy the women’s prayer hall. The attackers also damage toilets and scatter sanitary products. (CCIF, 18 December 2016)

20 December: Three men are injured, two seriously, when a man opens fire on worshippers at a mosque in Zurich. Police say they cannot comment on the motive for the attack or the suspect’s background. (Guardian, 20 December 2016)

20 December: Police appeal for information on a suspect in a racist attack which took place in October, in which a man was racially abused, bitten and repeatedly punched on a bus in Greenwich. (This is Local London, 20 December 2016)

21 December: An unnamed 16-year-old boy is charged with arson following a fire at the Baitul Futuh mosque, Morden in September 2015 which caused over £6 million worth of damage. (Evening Standard, 21 December 2016)

8 December: Avon and Somerset’s Chief Inspector Steven Drew is sacked after a gross misconduct hearing for sharing racist material on Facebook and joining groups which call for Islam to be banned. (Bristol Post, 8 December 2016)

9 December: An inquest jury records a narrative verdict on the death of Tedros Kahssay, an Eritrean refugee, who was found hanged in Pentonville prison in January 2016. The verdict is critical of police, prison and health care staff for failing to identity him as a suicide risk. (Islington Tribune, 9 December 2016)

14 December: The joint select committee on human rights launches an inquiry into ‘Mental Health and Deaths in Prison’. The deadline for written submissions is Friday 3 February 2017. View details on the inquiry here.

20 December: Oliver Paduch, a special constable, in South Yorkshire Police is dismissed from the force after being found guilty of gross misconduct at a disciplinary hearing following ‘racist and puerile’ comments on Facebook. (Sheffield Star, 20 December 2016)

21 December: A prison officer is arrested and seven others suspended after a police investigation into an incident at HMP Nottingham. The prison officers allegedly goaded Muslim inmates until they needed to be restrained as part of a racist game, it was reported. (BBC News, 21 December 2016)

22 December: An unnamed special constable from Leicestershire police appears before a misconduct panel accused of using racist language while off duty and then trying to have video footage of the incident deleted. (Leicester Mercury, 14 December 2016)

14 December: A charity which helps young people from BAME communities obtain paid internships in the media loses its Department for Business, Innovation and Skills funding and faces closure. (Guardian, 14 December 2016)

12 December: An Arts Council England report finds that BAME people make up 17 per cent of the arts workforce and more needs to be done to increase the numbers of BAME and disabled working in the arts. Download the report here. (Guardian, 12 December 2016)

28 November: The parliamentary Women and Equalities Committee launches an inquiry to examine the inequalities experienced by Gypsies, Roma and Travellers, the effectiveness of policymaking, and what action the government can take to tackle inequalities. The deadline for written submissions is Friday 27 January 2017, view further details here.

10 December: While Freedom party leader Geert Wilders is found guilty of inciting discrimination against Dutch Moroccans in a 2014 televised speech, he is cleared of incitement charges and faces no punishment.(Guardian, 10 December 2016)

15 December: Former Britain First leader Paul Golding is jailed for eight weeks for breaching a court order not to enter any mosque in England and Wales without prior invitation. Golding admitted contempt of court. (Evening Standard, 15 December 2016)

15 December: Four men are found guilty of violent disorder after a far-right protest in Rotherham in September 2015. They are sentenced to over eight years in prison, and because the offences were racially motivated the sentences are increased. (Rotherham Advertiser, 16 December 2016)

15 December: The Swiss high court rules invalid and discriminatory a local referendum proposed by the Swiss People’s Party, which called for a ban on the Swiss Centre for Islam and Society, based at the University of Fribourg. (Reuters, 15 December 2016)

8 December: The French government is ordered to pay Abdel Haji, a French Muslim sporting marksman, damages for a violent night-time police raid on his home in Saint-Valerien, Yonne, in November 2015, in which his door was dynamited, and for his subsequent house arrest as a suspected terrorist because of his possession of a firearm. (Liberation, 13 December 2016)

10 December: After York Council includes anti-fracking protests in its Prevent programme, the Home Office is forced to release a statement clarifying that ‘support for anti-fracking is not an indicator of vulnerability’ to extremism. (Guardian, 10 December 2016)

12 December: The Home Office announces that far-right group National Action is to be banned under anti-terror laws – the first time a right-wing group has been banned. (Guardian, 12 December 2016)

12 December: Birmingham man Zakaria Boufassil, convicted of providing cash to the main suspect in the Brussels bombings, claims he was used as an informant by MI5 and then ‘thrown to the wolves’. (Guardian, 12 December 2016)

15 December: According to Home Office figures most people arrested under the Terrorism Act are released without charge or conviction. View the statistics here. (Guardian, 15 December 2016)

15 December: It is revealed by the Guardian that the Department for Education has an agreement with the Home Office to share personal data of up to 1,500 schoolchildren a month, as part of the ‘hostile environment’ for migrants in the UK illegally. (Guardian, 15 December 2016)

19 December: Mail Online publishes a correction and pays £150,000 to a Muslim family for a Katie Hopkins column which falsely accused the family of extremism. (Guardian, 19 December 2016)

21 December: A British firm, D J Houghton Catching Services, is ordered to pay over a million pounds in compensation to six Lithuanian chicken catchers who were subjected to severe exploitation and harassed, assaulted and threatened by supervisors. (Kent News, 21 December 2016)

21 December: The Church of England is accused of institutional racism over the lack of ethnic minority clergy in senior positions by the chaplain to the speaker of the House of Commons, the Reverend Rose Hudson-Wilkin. (BBC News, 21 December 2016)