8 April: A 7-year-old Afghan boy is rescued from the back of a lorry on the M1 with fourteen other migrants after sending an SOS text message saying that he was having difficulty breathing. (BBC News, 7 April 2016) 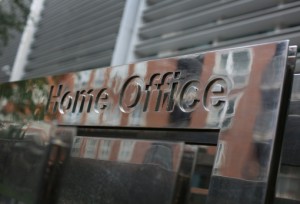 10 April: The Home Office confirms that since 2013, immigration officials have been permitted to hack the phones and computers of refugees and asylum seekers, including the victims of rape and torture, as well as plant bugs in homes and immigration removal centres. (Guardian, 10 April 2016)

11 April: The Law Gazette reveals that the future of courtroom interpreting is uncertain after Capita Translation and Interpreting bids for only one of four lots of new contracts scheduled to begin later this year. (Law Gazette, 11 April 2016)

11 April: The Bureau for Investigative Journalism publishes details on ‘The 95,000 Unaccompanied Children Seeking Asylum in 2015 – Their Voices and Numbers’. View the infographic here.

13 April: It is revealed that in February a 34-year-old Sudanese asylum seeker who was released from detention was subjected to a 407-mile journey over two days by the Home Office, which cost at least £5,000, before being returned to his accommodation 22 miles from where he had started. (Guardian, 13 April 2016)

13 April: A House of Lords committee is told by Kent council officials that children as young as six are arriving unaccompanied and the council is currently helping 830 lone children. (Guardian, 13 April 2016)

16 April: Nearly 500 migrants, many of whom were of Somali origin, are believed to have drowned while attempting to cross the Mediterranean in a small boat from eastern Libya to Italy. (Guardian, 20 April 2016)

17 April: Theresa May will announce plans to place a 72-hour time limit on the detention of pregnant women at immigration removal centres after the House of Lords voted in favour of an all-out ban, it is revealed. (Guardian, 17 April 2016)

18 April: Government attempts to introduce a ‘discriminatory’ residence test for anyone claiming legal aid are summarily thrown out in a unanimous Supreme Court ruling. (Guardian, 18 April 2016)

18 April: The government has deported three times as many teenagers, as they turned eighteen, than ministers have previously admitted, figures seen by The Independent reveal. (Independent, 18 April 2016)

18 April: Six men accused of having links to al Qaeda cannot be deported to Algeria because there is a ‘real risk’ they would be tortured, UK judges rule in what marks a major defeat for the Home Office. (Bureau of Investigative Journalism, 18 April 2016)

18 April: EU policymakers are guilty of ‘killing by neglect’ by cutting rescue missions in the Mediterranean – potentially costing the lives of more than 1,500 refugees, according to a new report. (Independent, 18 April 2016)

19 April: A 17-year-old Afghan girl dies in Laiko Hospital in Athens, Greece. According to her mother, the girl went to the Elliniko refugee camp’s medical centre to be examined but was given medication which had no effect. The girl later fainted and was transported to the general hospital, where she died five days later. (Kollect News, 19 April 2016)

20 April: The government is paying more than £4m each year in compensation to people who were held unlawfully in immigration detention centres, figures from freedom of information requests submitted by the BBC reveal. (BBC News, 20 April 2016)

7 April: The Daily Record releases footage of forty police officers, dogs and a helicopter descending on the Glasgow home of an Asian family after a complaint over a dog. The Khan family is alleging Police Scotland subjected them to racist abuse, assault and harassment. (Daily Record, 7 April 2016)

13 April: A Home Affairs Committee hears that Asian police officers in Cleveland police were stereotyped in ways ‘which equated them with being terrorists’. (Northern Echo, 13 April 2016)

15 April: The owner of a Croydon nightclub claims that police have told him not to admit black customers to his venue. (Croydon Guardian, 15 April 2016)

8 April: The two accomplices of teenager Michael Piggin, who was sentenced under the Mental Health Act last year for planning Breivik-inspired attacks on a local school and mosque, are named by the Court of Appeal as Jacob Crouch and Ryan Towell. The school the three boys had wanted to target is named as Burleigh College in Loughborough. (Daily Mirror, 8 April 2016)

11 April: The Czech government promises to investigate after a video emerges showing armed vigilantes tying up refugees in Strandja, Bulgaria, near the Turkish border. One vigilante holds a machete, and one tells them, ‘No Bulgaria – go back [to] Turkey’. (BBC News, 11 April 2016)

19 April: A 39-year-old delivery driver is hospitalised in a serious racist attack whilst carrying out a delivery in Bargeddie, North Lanarkshire. A 26-year-old man is detained by the police. (STV News, 20 April 2016)

9 April: Czech extreme-right groups, joined by German activists from Pegida, form a symbolic blockade of the Czech-German crossing at Kraslice and Cinovec and the Czech-Austrian crossing at České Velenice. At a rally in Prague, Adam Bartos, chair of New Democracy, says that threatening politicians responsible for the migration crisis with a bullet would be too merciful as traitors should be jailed and forced to work. (Prague Daily Monitor, 9 April 2016)

17 April: Belgian interior minister Jan Jambon is accused of stigmatising Muslims and sowing division after he claimed in an interview with De Standaard that a ‘significant part of the Muslim community was dancing on the occasion of the [Brussels] attacks’. (France 24, 16 April 2016)

11 April: An open letter, signed by the Prague Academic Club 48, the Edvard Beneš Society, the Antonín Švehla Society, Mene Tekel and the Centre for Documentation of Totalitarian Regimes, accuses the Czech President Miloš Zeman, who has shared a platform with the Bloc Against Islam, of being an architect of the hatred that is poisoning society. (Prague Daily Monitor, 11 April 2016)