4 June: The IPCC refuses to identify two retired police officers who are being investigated in connection with allegations that they spied on the family of Stephen Lawrence. Three people were named last year by the Ellison Review (Richard Walton, Bob Lambert and Colin Black). (Guardian, 4 June 2015)

6 June: A taxi driver in West Yorkshire, who was seriously assaulted in a racist attack by a passenger, criticises the police for allegedly taking an hour-and-a-half to reach the scene of the attack after he contacted them. (Daily Mirror, 6 June 2015)

7 June: Mark Duggan’s family, relatives of other black men killed in custody, and one of the UK’s most senior black lawyers call for a public inquiry into policing in Britain. (Guardian, 7 June 2015)

10 June: A Metropolitan police firearms officer shot dead Azelle Rodney in 2005 by firing a rapid volley of eight shots from close range, including two that struck him in the top of his head, a jury hears. The ex-officer denies the charges. (Guardian, 10 June 2015)

10 June: A panel of more than twenty judges at the European court of human rights (ECHR) hears arguments that Metropolitan police officers should be prosecuted for the killing of Jean Charles de Menezes in 2005. (Guardian, 10 June 2015)

11 June: Protracted delays to an IPCC probe into the death of Leon Briggs in Luton are branded ‘unacceptable’. (Luton Today, 11 June 2015)

13 June: Istiak Yusuf dies in a police cell in Luton after being arrested. Although the police say he ‘became ill’, his family tell the Luton News that the 25-year-old had no known medical conditions at the time of the incident. (Luton News, 14 June 2015)

14 June: A 26-year-old black woman is awarded £37,000 damages (with no apology) by the Met police after being forcibly strip-searched by five police officers at Chelsea police station in March 2011. (Guardian, 11 June 2015)

15 June: Five police officers who changed their accounts of a stop and search carried out on Habib ‘Paps’ Ullah in High Wycombe in 2008, who later died, are cleared of misconduct by a disciplinary panel. (Slough & South Bucks Express, 15 June 2015)

7 June: Police investigate an attack after a group of women reportedly rip off a Muslim woman’s hijab as she is on her way to collect her children from a south London Islamic school, tearing chunks of hair out as they do so. (Independent, 7 June 2015)

11 June: CCTV images are released of a racist attack in a pub in Liverpool in May during which a cleaner, a black male, had his mop taken from him by two white men who beat him with it and punched and kicked him to the floor whilst racially abusing him. (Click Liverpool, 11 June 2015)

11 June: A 24-year-old man is remanded in custody after appearing court charged with causing religiously aggravated harassment alarm and distress after four pigs heads were left outside a community centre in Solihull on 12 April. (Birmingham Evening Mail, 11 June 2015)

4 June: 68 people, including two pregnant women and fifteen children, are detained by the Border Force after being found in four lorries at the port of Harwich. Four Polish men are arrested. Fifteen of the stowaways were deported within days. (BBC News, 6, 8 June 2015)

6 June: The largest protest staged against Yarl’s Wood immigration removal centre takes place, with campaigners denouncing it as an ‘abomination’ that should be closed immediately. (Guardian, 6 June 2015)

6 June: A 400-strong group of protesters rally outside Dungavel immigration removal centre calling for an end to the detention of immigrants. (Daily Record, 6 June 2015)

9 June: Yarl’s Wood immigration removal centre is holding vulnerable women for too long in conditions that are causing them serious distress and are not suitable for those with mental health problems, according to an Independent Monitoring Board report. (Guardian, 9 June 2015)

9 June: An early day motion is published on ‘Refugees crossing the Mediterranean and Mare Nostrum’. See the EDM here.

9 June: Four men deny involvement in a conspiracy to smuggle 35 people into the UK, which resulted in the death of 40-year-old Meet Singh Kapoor, an Afghan Sikh, who was found dead when the lorry was opened in Tilbury Docks in August 2014.  (Guardian, 9 June 2015)

10 June: The European parliament passes a resolution calling on the European Commission to assess the situation in Hungary and to report back to parliament and the Council by September 2015. Prime Minister Orban’s recent statements regarding the reintroduction of the death penalty and the ‘highly misleading, biased and unbalanced nature of the recent National Consultation on Migration’ were cited as causes of concern. Posters have gone up across Hungary telling refugees to respect Hungarian culture, follow the laws and not take jobs away from nationals. (European Parliament News, 10 June 2015)

12 June: The detained fast-track appeals system, under which thousands of asylum seekers are locked up each year, is declared unlawful by the high court but allowed to continue so as to give the Lord Chancellor and the Home Secretary the opportunity to appeal against the decision. (Guardian, 12 June 2015)

12 June: In Newcastle, an Albanian man with a brain tumour who was arrested on 4 June in an intensive care ward, on suspicion of an immigration offence, and according to his lawyer taken to a police cell still wearing hospital gown and slippers, is returned to hospital. (North East Chronicle, 12 June 2015)

12 June: The Italian government’s dispersal programme for the Mediterranean boat people leads to an angry reaction from mayors in northern Italy. Northern League Veneto mayor Lucaz Zaia told a rally that the sight of  African migrants would have a ‘devastating effect’ on the tourism industry, and called on  officials across his region to begin clearing all reception centres and other housing occupied by migrants near tourist areas. (Observer, 13 June 2015)

13 June: Friends of Majid Ali, a Pakistani student in Scotland seeking asylum who was deported on 9 June, fear he may have been killed. (Global Voices Online, 13 June 2015)

13 June: Human rights organisations are increasingly concerned at what they believe are secret deals being drawn up between Eritrea and European Union nations, which may involve the regime being given money or having sanctions lifted in return for imposing tougher border controls. (Guardian, 13 June 2015)

15 June: A 28-year-old South African man takes his own life in a detention centre in Rotterdam in the Netherlands. He was detained, awaiting deportation to France, under the Dublin Regulation. (Nederlandse Omroep Stichting, 15 June 2015) 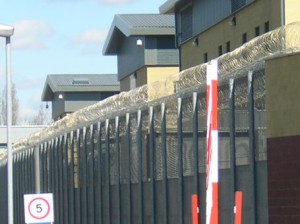 15 June: Potentially damaging reports into the running of Harmondsworth and Colnsbrook immigration removal centres, requested by Corporate Watch, must be released by the Home Office within weeks, the Information Commissioner’s Office (ICO) says. (Guardian, 15 June 2015)

17 June: The Hungarian government orders the closure of its border with Serbia and the construction of a four-metre-high fence along the 175 km frontier. (Guardian, 17 June 2015)

18 June: War, violence and persecution left one in every 122 humans on the planet a refugee, internally displaced or seeking asylum at the end of last year, according to a UN report that warns the world is failing the victims of an ‘age of unprecedented mass displacement’. (Guardian, 18 June 2015)

June: The Equality and Diversity Forum publishes How to use the Equality Act 2010: A guide for voluntary and community organisations (revised June 2015). Download it here.

10 June: Schools are being sold software to monitor pupils’ internet activity for ‘extremism-related’ language such as ‘jihadi bride’ and ‘YODO’, short for ‘you only die once’. (Guardian, 10 June 2015)

4 June: Cage launches a legal action at the High Court against the Charity Commission for ‘exceeding its role’ in pressuring the Joseph Rowntree Charitable Trust and the Anita Roddick Foundation to end their funding of the organisation. (Civil Society, 4 June 2015)

11 June: The Independent Reviewer of Terrorism Legislation publishes A Question of Trust – Report of the Investigatory Powers Review. Download the report here.

5 June: In a historic precedent in the Austrian Burgenland region, the Social Democrats form a coalition government with the extreme-right Freedom Party (FPÖ). A protest group on Facebook, ‘No to Red Blue’, is launched. (The Local, 5 June 2015)

7 June: In the first round of voting in the mayoral elections in Dresden, PEGIDA’s candidate Tatjana Festerling, backed by the neo-nazi National Democratic Party of Germany (NPD), wins 9.6 per cent of the vote. Festerling withdraws from the second round, urging voters to support the Free Democratic Party in order to block the Social Democrats winning power. (Deutsche Welle, 8 June 2015)

10 June: Members of National Action film themselves defacing a Jewish monument in a park in Birmingham – draping a swastika flag and ‘hate slogans’ over it. (Birmingham Mail, 10 June 2015)

10 June: The English Defence League plans to stage a protest outside Britain’s biggest water park, Waterworld, over what it has described as the hosting of ‘Muslim-only days’ – despite no such event taking place. (Independent, 10 June 2015)

5 June: The Football League introduces new measures to increase the number of BAME managers in a move that has been endorsed by Dan Rooney, the architect of the rule that bears his name in the US. (Guardian, 5 June 2015)