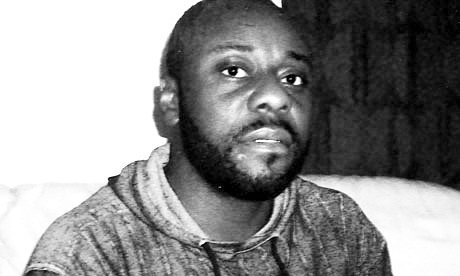 3 November: The trial of three G4S guards on charges of the manslaughter of Jimmy Mubenga, during a deportation in October 2010, begins at the Old Bailey. The court is told the guards repeatedly ignored his cries for help and witnesses heard Mubenga shout, ‘I can’t breathe!’ (Guardian, 4 November 2014)

3 November: Judith Dennis, of the Refugee Council, states that the government falsely categorises minors as adults in order to claim that it no longer detains children. (Open Democracy, 3 November 2014)

4 November: A study conducted at the University of Liverpool reports on the lack of ‘safe spaces’ and specialist care for LGBT people seeking asylum to the UK. (Pink News, 4 November 2014)

4 November: The European Court of Human Rights rules that Swiss authorities cannot return an Afghan family to Italy without obtaining assurances that the family would be kept together and treated appropriately with regard to the age of children. (Tarakhel v Switzerland)

5 November: Vince Cable accuses the Home Office of being ‘inhumane’ for trying to deport a man who has been in the UK for seventeen years and who also has Down’s syndrome. (BBC News, 5 November 2014)

6 November: The appeal court upholds a decision, following an appeal by the Home Office, to award compensation to 60-year-old asylum seeker Nemah Shehadeh, after she was unlawfully detained for a year from 2008-9 after a failed deportation to Jordan. (BBC News, 6 November 2014)

7 November: The Court of Appeal rules that the physical restraint of people being removed from the UK by aircraft is subject to a sufficient framework of safeguards to fulfil the state’s obligations under Articles 2 and 3 of the European Convention on Human Rights. (UK Human Rights Blog, 7 November 2014)

9 November: The National Audit Office is alerted to allegations that Serco, the government contractor that manages Yarl’s Wood IRC, has inflated certain figures and failed to carry out mental health assessments for groups of asylum seekers. (Independent, 9 November 2014)

10 November: The Council of Europe’s European Committee on Social Rights (ECSR) rules that the Dutch government’s denial of access to emergency assistance (shelter, food and clothing) to undocumented migrants has breached rights to housing and subsistence in European Social Charter.

31 October: Asian taxi-drivers in Rotherham state that they are facing racist abuse on a ‘daily basis’, with one person saying ‘We are getting so much abuse that a lot of us are questioning whether it’s worth carrying on.’ (Sheffield Star, 31 October 2014)

5 November: A man delivering leaflets in Northampton is approached by four men with dogs which bite him. The men then racially abuse and assault him, leaving him with bruising and cuts on his face. (Northants Herald and Post, 6 November 2014)

6 November: A serving soldier, who once posted photos on Facebook of himself dressed as Osama Bin Laden, pleads guilty to charges of burglary and criminal damage after breaking into a mosque in Chelmsford and stealing a Qur’an. (Essex Chronicle, 6 November 2014)

7 November: Car-wash worker Ary Aziz describes being punched in the face in a racist attack in St. Helens by a man who also attempted to choke him and run him over in his car. (St. Helens Star, 7 November 2014)

12 November: CCTV images are released of three white men in Birmingham who racially abused a taxi driver before assaulting him and fracturing his jaw. (Express & Star, 12 November 2014)

31 October: Royal Mail announces that it will not deliver an election leaflet by far-right party Britain First, with a Muslim woman on the front and the word ‘warning’, as it deems it to be illegal. (BBC News, 31 October 2014)

1 November: About thirty-five Britain First supporters are opposed by about seventy protesters at a march in Rochester. Britain First deputy leader Jayda Fransen reportedly tells those opposing her that ‘You are all brainwashed traitors to the crown, you all should be hung, drawn and quartered’. (Kent Online, 1 November 2014)

1 November: The homes of several far-right ‘National Action’ activists are raided by police in relation to a demonstration they were attempting to organise in support of a man who was arrested for sending abusive messages to Jewish MP Luciana Berger. (Liverpool Echo, 8 November 2014)

8 November: Around 100 EDL supporters march through Rotherham, opposed by about twenty-five anti-fascist activists. No arrests are made. (Sheffield Star, 8 November 2014)

8 November: The EDL march in Leeds in what is described as a ‘poorly attended’ demonstration. (Yorkshire Evening Post, 8 November 2014)

12 November: Migrant workers living in mobile homes in a ‘camp’ in Newent face the possibility of eviction after a hearing regarding the planning permission begins. (Gloucester Citizen, 12 November 2014)

31 October: The family of 77-year-old William Lee, who suffered from dementia and froze to death, criticise the police for their failure to assist him when he was found ‘dishevelled and rambling’ on one of the coldest nights of the year. (Voice, 30 October 2014)

2 November: Gloria Morrison of the Joint Enterprise Not Guilty by Association Campaign (JENGbA) writes on the successes and the failures of their campaign to get the reality of joint enterprise recognised. (Justice Gap, November 2014)

3 November: Doreen Lawrence expresses her dismay at the decision to let a Metropolitan police officer, under investigation for ‘discreditable conduct’ in the murder case of her son Stephen Lawrence, return to operational duties. (Voice, 3 November 2014)

4 November: A north London coroner sets a March 2015 date for a full inquest to ascertain the real cause of death of the British-Jewish student, Jeremiah Duggan, in Germany eleven years ago, shortly after attending what he believed was a peace conference but was in reality an event organised by the far-right LaRouche movement. (This Is Local London, 4 November 2014) 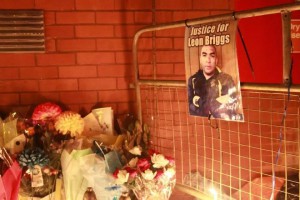 4 November: The family of 39-year-old Leon Briggs, who died in police custody in Luton after being detained under the Mental Health Act, hold a vigil to mark the anniversary of his death and demand to know how and why he died. (BBC News, 4 November 2014)

5 November: The Ministry of Justice publishes a report from the Independent Restraint Advisory Panel on Implementation of the minimising and managing physical restraint system in secure training centres and young offender institutions. Download it here.

6 November: Council of Europe Human Rights Commissioner Nils Muiznieks condemns the UK government’s foot-dragging over an independent investigation of the deaths of over 300 people killed by the security forces in Northern ireland during the Troubles, pointing out that individuals’ right to life entails States’ duty of prompt investigation of killings by State agents. (BBC News, 6 November 2014)

November: The National Federation of Gypsy Liaison Groups publishes: Civil Society Monitoring Report on the Implementation of the National Roma Integration Strategy in the UK in 2012 and 2013. Download it here (pdf file, 2.4mb).

4 November: UK Visas and Immigration and the Home Office publish guidance for landlords on checking if someone has the right to live in the UK before letting a property to them. The ‘guidance’ is available here.

5 November: New research by University College London, The fiscal effects of immigration to the UK, finds that migrants from ten EU countries have contributed more to the UK than they have taken in benefits. Download the report here (pdf file, 500kb). (BBC News, 5 November 2014)

6 November: The Government is forced to release secret policies which show that GCHQ and MI5 have for years advised staff that they may ‘target the communications of lawyers’, and use legally privileged material ‘just like any other item of intelligence’. (Reprieve, 6 November 2014)

11 November: The European Court of Justice issues a ‘historic ruling’ against a Romanian woman living in Germany, refusing her access ‘to benefits by way of basic provision which are only for jobseekers’, potentially paving the way for individual member states to block recent migrants from receiving payments like jobseeker’s allowance. (Independent, 11 November 2014)

10 November: A report carried out on behalf of Football Against Racism in Europe (FARE) finds that there are only nineteen black and minority ethnic coaches in the 552 ‘top’ coaching positions at professional English clubs. (BBC News, 10 November 2014)

1 November: After returning from holiday, Nigerian Security guard Sam Ogunnoiki receives a letter from his employers telling him not to come to work for three weeks, as his colleagues are fearful that he may have the Ebola virus. (Packet, 6 November 2014)

5 November: An employment tribunal finds that black teacher, Perena Polius-Curran, was discriminated against on race grounds of after she was denied an interview for a job despite having ten years experience. (Cambridgeshire News, 5 November 2014)

5 November: The Court of Justice of the European Union (CJEU) rules that undocumented migrants are protected by EU employment directives and should receive back pay when an employer goes bankrupt. (EU Law Analysis, 5 November 2014)

The Centre for Crime and Justice Studies publishes a monthly e-bulletin, which you can subscribe to here.

Corporate Watch, which investigates the social and environmental impacts of corporations and corporate power, publishes regular e-bulletins. Sign up to receive them here.

INQUEST, which provides free advice to people bereaved by a death in custody, publishes an e-newsletter. Sign up to it here.

No Deportations sends out regular updates on asylum & migration issues, please email: freemovement@freemovement.org.uk with ‘Subscribe No-Deportation’ in the subject line.

Right to Remain (formerly the National Coalition of Anti Deportation Campaigns) publishes regular newsletters. Sign up to them here.