25 October: The Court of Appeal rules against the Home Office in a test case brought by a foreign student facing deportation on the basis of hearsay evidence on English language testing. (Migrants’ Rights Network, 27 October 2016)

27-29 October: The French and British governments blame each other and charities working in Calais condemn both governments for their failure to protect scores of children stuck in chaotic conditions in the partially demolished camp. Children are turned away from the overflowing container camp for children, disappear before boarding a UK-bound bus, and over fifty are forced to sleep rough on an industrial estate after being ‘lured’ out of the camp by an empty promise of transport to an assessment centre. (Guardian, 27, 28, 29 October 2016)

29 October: The Observer reveals that the Home Office has requested information from the national pupil database on nearly 2,500 children for immigration enforcement purposes. (Observer, 29 October 2016)

31 October: According to German social workers’ associations, a plan proposed by the country’s sixteen state premiers discriminates against refugee children as, should it become law, it would create a ‘second-class care system’ for unaccompanied minors. (Deutsche Welle, 31 October 2016)

1 November: Denmark’s Langeland municipality is at the centre of a second scandal as reports emerge of sexual assaults on children by other children in June and July 2015, at the Præstekærgaard asylum centre. The municipality also runs the Børnecenter Tullebølle centre for unaccompanied child migrants, whose closure was announced days before following sexual abuse by a female member of staff, which came to light after months of suppression by local officials. (The Local, 27 October, 3 November 2016)

2 November: Syrian families detained in Turkey say police tricked them into being deported from Greece before their asylum claims had been considered, by claiming to be taking them to the mainland. (Guardian, 2 November 2016)

2 November: Following clashes at Lefkara high school, Cyprus, between local students and those residing at the asylum reception centre at nearby Kofinou, school authorities ban all refugees from studying from the school, first temporarily and then indefinitely. (Kisa, 7 November 2016)

3 November: A press report reveals that Bulgarian police systematically set dogs on, beat and rob migrants who have not bribed them to cross the border from Turkey. (The Intercept, 3 November 2016) 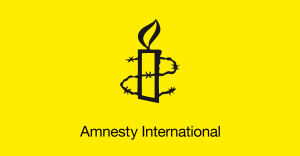 November: Amnesty International issues a report, Hotspo Italy, which analyses the way the EU’s hotspot approach to refugee arrivals has led to increasingly aggressive treatment including arbitrary detention, forcible fingerprinting and a number of cases of beatings and electrocution of migrants. Download the report here.

4 November: Police clear 4,000 migrants from their makeshift camp in rue Stalingrad, Paris, promising that residents would be given shelter, food and support, and help with asylum applications. (Guardian, 4 November 2016)

4 November: The BBC reveals that the Home Office has been forced to review curfews imposed on people after they are released from immigration detention after a ruling that many are unlawful. (BBC News, 4 November 2016)

5 November: Psychiatrists find that nearly all the children who stayed in the now demolished Calais camp for refugees have a mental health condition such as post-traumatic stress disorder or depression. (Observer, 6 November 2016)

7 November: Theresa May refuses to make concessions on visas for Indians on a trip to the country to boost trade, instead asking for easier deportation of Indians in the UK illegally. (Guardian, 7 November 2016)

7 November: The Migration Observatory publishes: A Decade of Immigration in the British Press, download it here.

8 November: The Hungarian parliament rejects an amendment to the constitution put forward by prime minister Viktor Orbán which would have banned the resettlement of refugees. (Guardian, 8 November 2016)

8 November: The German interior minister says Germany will take 1,000 refugees from Greece and Italy monthly from November to fulfil its pledge to take 40,000 under the EU’s relocation scheme. (Suddeutsche Zeitung, 8 November 2016)

25 October: In the Czech city of Teplice, an email list entitled ‘Islam-Entrepreneurs’, with private data on 100 Muslims and a map of businesses and homes belonging to people with Arab-sounding names, is circulated on the internet, prompting fears for the safety of Muslim families. (Prague Daily Monitor, 25 October 2016)

27 October: An attack in February on a mosque in the Dutch town of Enschedé, during which Molotov cocktails were thrown, was a ‘terrorist act’, a judge rules as he sends the five perpetrators to jail. (Dutch News, 27 October 2016)

28 October: Two men who racially abused, assaulted and seriously injured a cyclist, after he accused them of nearly knocking him off his bike in Hinkley in November 2015, are given two-year sentences suspended for two years, ordered to carry out 150 hours of unpaid work and pay their victim £1,000 compensation after pleading guilty to racially aggravated assault. (Leicester Mercury, 28 October 2016)

31 October: Ronnie Coulter is sentenced to life imprisonment, and told he will serve a minimum of 19 years, after being found guilty of the murder of Surjit Singh Chhokar in 1998 in Lanarkshire. Coulter, who was acquitted in 1999, was retried following a change to double jeopardy laws in Scotland. (Daily Record, 1 November 2016)

2 November: British Transport Police release pictures of a man wanted in connection with a racist attack on a Polish woman who was racially abused and punched to the floor on a late-night tube train in west London in August. (Evening Standard, 2 November 2016)

2 November: Plymouth police drop their investigation into an arson attack which saw a Polish family’s shed razed to the ground in the days after the Brexit vote. (Plymouth Herald, 2 November 2016)

5 November: A 62-year-old Portsmouth taxi driver is beaten and punched and suffers a broken nose in an attack by two men after he refused to take their fare. (The News, 9 November 2016)

6 November: A racist gang attacks a 62-year-old disabled man at his home in Springburn, Scotland, in the early hours with fireworks and bricks. (Glasgow Live, 8 November 2016)

27 October: As new stop and search training for police officers is unveiled by the College of Policing, it is revealed that black people are six times more likely to be stopped than white people. (Guardian, 27 October 2016)

27 October: A non-practicing barrister, Ian Millard, is disbarred from the profession by the Bar Standards Council after posting ‘seriously offensive’ tweets about various groups including Muslims and Jews. (Law Gazette, 31 October 2016)

31 October: The Court of Appeal dismisses appeals by the first thirteen men to appeal their convictions following a Supreme Court ruling in February that the controversial legal doctrine of joint enterprise, under which they were convicted, had been misapplied for decades. (Guardian, 31 October 2016)

31 October: Roma in the UK demonstrate outside the Czech embassy to protest the killing of a 27-year-old Romani man on 18 October in a pizzeria in Zatec (Czech Republic), in which police appear to have played a part. (Romea.cz, 21 October 2016) 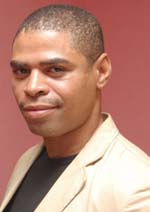 31 October: Three West Midlands police officers appear in court charged with perjury in connection with the evidence they gave at the inquest into the death of Kingsley Burrell in May 2015. The men were bailed until a hearing in November. (Birmingham Mail, 31 October 2016)

31 October: It is announced that eight police officers and a member of police staff are to face misconduct proceedings following the alleged assault and racial abuse of Donville Lorenzo, a former roadie for The Clash, during an arrest in November 2007 for which he has received £17,000 in damages. Two officers who were facing gross misconduct proceedings have retired. (Birmingham Mail, 31 October 2016)

1 November: The IPCC announces that a Coventry police officer will face ‘management action in the form of advice from a senior officer’ after the death of Mark Yafai in police custody in July. (BBC News, 1 November 2016)

2 November: A renumeration hearing awards PC Nadeem Saddique £457,664 compensation from Cleveland Police, following a tribunal ruling that they had racially discriminated against him. (ITV, 1 November 2016)

3 November: Four Black Lives Matter activists from Nottingham are convicted of unlawfully obstructing a highway and ordered to pay £155 each in court costs, after bringing the city centre to a standstill in a protest earlier this year. (Guardian, 3 November 2016)

5 November: Over a thousand people march in Paris to protest police violence following the death of 24-year-old Adama Traore in custody in July. A post mortem found that Traore died of asphyxiation, contrary to police claims that his death was due to an infection. (Press TV, 5 November 2016)

8 November: Sergeant Paul White is cleared of perjury after being accused of giving false evidence to the inquest into the death of Sean Rigg. Read a statement from Marcia Rigg, Sean’s sister here.  (Guardian, 8 November 2016)

27 October: István Györkös, leader of the far-right Hungarian National Front (MNA), is arrested after a shoot-out at his village home in Bőny which left a police officer dead and another seriously injured. (Hungarian Spectrum, 27 October 2016)

28 October: Following a demonstration against the Scottish Defence League in November 2015, refugee worker Shafiq Mohammed, 50, is convicted of behaving in a racially aggravated manner and resisting arrest. Sentencing is deferred. (BBC News, 28 October 2016)

1 November: A gang of 40 to 50 right-wing extremists hunt two refugees through the city of Bautzen, Saxony, pulling one man from his bike and throwing rocks at him, in the same day as three young asylum seekers are threatened in the city square. A police spokesman tells the press it is ‘nothing special’. In September, in response to allegations of the far Right hunting migrants, the city authorities imposed a curfew on young asylum seekers. (Die Zeit, 1 November, The Local, 3 November 2016)

2 November: Britain First’s leader Paul Golding is served with papers alleging a breach of a High Court injunction designating Luton town centre an ‘exclusion zone’ and banning him from going into any mosque without permission. (Huffington Post, 2 November 2016)

3 November: Britain First’s deputy leader Jayda Fransen is fined £1,900 for religiously aggravated harassment following one of the group’s Christian patrols in Luton earlier this year where she abused a Muslim woman in front of her children. (Huffington Post, 3 November 2016)

3 November: Dutch Freedom Party (PVV) leader Geert Wilders, on trial since 31 October for inciting racial hatred after leading chants for fewer Moroccans in Holland at a 2015 rally, accuses a judge of bias for cutting short a witness and demands her replacement. Wilders has failed to attend the trial. (Reuters, 3 November 2016)

3 November: Human Rights Watch issues a report criticising Belgium’s response to the Paris and Brussels attacks, in particular measures permitting the removal of citizenship and suspension of passports, and the use of prolonged solitary confinement on terror suspects. Read the report here.

6 November: The Guardian reports that a Catholic primary school in Birmingham reported a 7-year-old Muslim boy to police ‘after mistaking a piece of brass the boy had for a bullet’. (Guardian, 6 November 2016)

29 October: The Telegraph apologises and pays compensation to Ifhat Smith, a Muslim mother, for falsely accusing her of being an ‘Islamic extremist’ and member of the Muslim Brotherhood. (Telegraph, 29 October 2016)

4 November: A coalition of religious leaders, academics, politicians and campaigners sign a letter accusing the Daily Mail of trying to incite hatred by suggesting foreign drivers are more likely to use their phones while driving. (Guardian, 4 November 2016)

8 November: The Bookseller magazine finds that there is a ‘shockingly low’ number of books by BAME authors in the top 500 titles of 2016 and that a writer has a greater chance of making the bestseller charts if their name is David than if they are from an ethnic minority. (Guardian, 8 November 2016)

2 November: The Roma parliament and the Phralipe Independent Gypsy Organisation call a press conference to protest their forcible eviction from their Budapest offices and the fact that another Roma NGO, founded and funded by the Hungarian government, was given the keys to the building the next day. (Budapest Beacon, 1 November 2016)