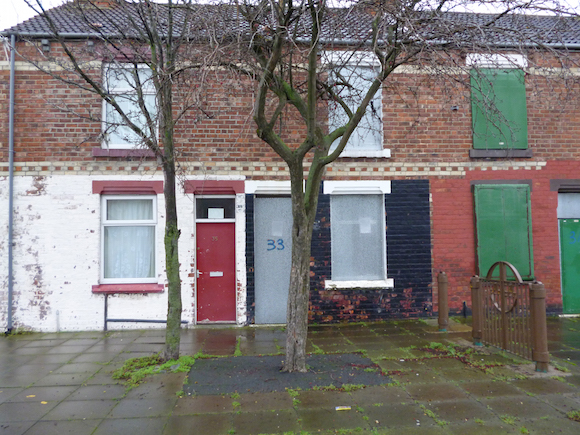 17 May: The Independent Chief Inspector of Borders and Immigration launches a survey to gauge views on the work of the Inspectorate, which is open until Monday 27 June 2016. Take part in the survey here.

25 May: Following revelations that the doors to asylum seekers’ homes are still painted red, the private company involved promises (again) to repaint the doors after the people living there are targeted in racist attacks. (Open Democracy, 25 May 2016)

26 May: The Independent Chief Inspector of Borders and Immigration publishes a report: An inspection of the Administrative Review processes introduced following the 2014 Immigration Act, September — December 2015. Download the report here (pdf file, 707kb).

26 May: The Independent Chief Inspector of Borders and Immigration publishes its Annual Report (for the period 1 April 2015 to 31 March 2016). Download the report here (pdf file, 4.1mb).

26 May: The Home Office publishes: ‘Immigration statistics, January to March 2016’. View them here.

27 May: The inquest into the death of 25-year-old Angolan man Bruno Dos Santos at the Verne in June 2014 finds that he died from unexpected natural causes; the jury also finds that he missed planned MRIs due to ‘due to a succession of failures within organisations involved’ and that ‘An MRI scan may have led to diagnosis and possible medical treatment, which may have prevented his death’. The Prisons and Probation Service Ombudsman report into the death is available here (pdf file, 1.5mb). (Open Democracy, 27 November 2016)

28 May: Eighteen Albanians including a woman and two children are rescued from a boat near Kent. (Guardian, 29 May 2016)

28 May: Congolese nurse Olivier Mondeke Monongo, who is also a Pentecostal minister and a court interpreter, is refused British citizenship on the grounds of ‘bad character’ because years ago, as an asylum seeker, he did voluntary work for the Red Cross and Citizens’ Advice, breaching rules forbidding ‘paid or unpaid’ work. (The National, 28 May 2016)

28 May: Around 3,000 refugees transferred from the Idomeni refugee camp, on the Greek-Macedonian border, are now living inside a network of military-run camps in filthy, derelict warehouses that are ‘not fit for animals’, claim human rights activists. (Guardian, 28 May 2016)

28 May: Residents in Oberwil-Lieli, a Swiss ‘village’ with’ 22,000 people including 300 millionaires, vote against accepting ten refugees on the grounds that ‘they wouldn’t fit in’. A fine of £200,000 has been imposed, for failing to meet obligations under a new quota and dispersal system. (Independent, 28 May 2016)

29 May: As the UN tally of deaths at sea this year reaches 2,500, volunteers on Lesbos accuse Frontex officials of holding a boat crammed with refugees at sea for two hours before taking those on board straight to a detention camp, with a police line preventing the volunteers handing out emergency aid as the refugees landed, and a doctor denied access to an unresponsive baby. (Middle East Eye, 31 May 2016)

30 May: The German NGO Sea Watch says that Europe’s failure to create a dedicated search and rescue operation in the southern Mediterranean is partially responsible for the highest death toll of asylum seekers since April 2015. In three separate incidents, from 25-27 May, 700 people are believed to have drowned in the Mediterranean. (Guardian, 30 May 2016)

31 May: New Border Force (BF) powers come into force, including powers to board boats and arrest those on board. Extra patrol boats are another part of the ‘enhanced maritime capacity’ of UKBF. (Guardian, 31 May 2016)

1 June: Acclaimed Palestinian photojournalist Hamde Abu Rahma is refused entry to the UK, where he planned a tour of Scotland, for the second time in a year as he might carry out ‘prohibited activities’ such as getting married. (Glasgow Herald, 1 June 2016)

2 June: The brother of Isaac Aganozor, who is suffering from leukaemia, is refused an entry visa from Nigeria by the Home Office to be a bone marrow donor for his dying brother. (Evening Standard, 2 June 2016)

3 June: The retrial of Stephen McLaughlin, 36, and Martin McGlinchey, 49 on charges of conspiring to facilitate illegal entry into the UK between 1 June and 5 September 2014 begins at Basildon crown court. The body of 40-year-old Meet Singh Kapoor, an Afghan man, was found in a lorry at Tilbury along with 34 others in August 2014. (Thurrock Gazette, 3 June 2016)

4 June: UNHCR calls for an investigation into the death of a 22-year-old Syrian refugee who drowned in the Tizsa river in Hungary, near the Serbian border, as it reveals over 100 documented cases of excessive force used by officials against refugees trying to enter Hungary. (Deutsche Welle, 4 June 2016)

5 June: The Home Office confirms that the government plans to increase collaboration between the UK Border Force and the Royal Navy to strengthen defences against migrants crossing by sea into the UK. (Guardian, 5 June 2016)

7 June: A new report  by the all-party parliamentary group for international freedom of religion or belief finds that people seeking asylum on the grounds of converting to Christianity are routinely being questioned on ‘Bible trivia,’ with wrong answers being grounds for refusal. Download the report here. (Guardian, 7 June 2016)

7 June: The European Court of Justice rules that non-EU migrants travelling within the Schengen zone should not face detention for crossing from one EU state to another. The French authorities had detained a Ghanaian woman in possession of a false passport near the Channel Tunnel. (EU Observer, 8 June 2016)

27 May: Two men on a motorcycle racially abuse a woman driving a BMW in Rotherham; the men show the woman a firearm and then smash the rear window of her car. (Sheffield Star, 29 May 2016)

29 May: Weapons, ammunition and wartime Nazi memorabilia are discovered during a raid by an elite ‘Cobra’ police unit on the home of a 20-year-old neo-Nazi in the Linz-Land district of Upper Austria. The man repeatedly told friends that he was going to shoot dead asylum seekers at a refugee centre. (The Local, 29 May 2016)

1 June: A wooden building converted into a refugee accommodation centre in Altenfelden in Germany, close to the border with the Czech Republic, is deliberately set on fire. Forty-eight people were due to move into the building. (Business Insider, 1 June 2016)

1 June: John Brown, a 26-year-old Nottingham man, is imprisoned for 16 months for racially abusing a student and, with a friend, beating him unconscious in a racist attack. Brown was in breach of a previous suspended sentence. (Nottingham Post, 2 June 2016)

1 June: Six off-duty police officers are amongst eight people arrested in County Derry following  an assault on three people, two of whom were foreign nationals. The attack, which left the victims needing hospital treatment, is being investigated as a potential hate crime. (Belfast Telegraph, 3 June 2016)

6 June: Manchester police appeal for information about an incident on a train on 4 May, when a ‘terrified’ 16-year-old schoolboy was subjected to a tirade of racial abuse by an adult passenger who then headbutted him, leaving him with cuts and bruises. (ITV News, 6 June 2016)

10 May: High Wycombe Community Advocates publish a Report on the policing of the English Defence League and Counter Protests in High Wycombe on April 9th 2016. Download the report here (pdf file, 2.5mb). 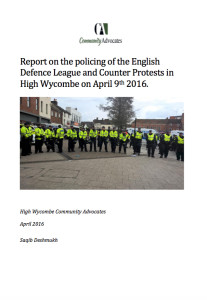 26 May: Four Humberside police officers and a detention officer are found guilty of gross misconduct and issued with final written warnings after a 49-year-old man who spoke little English was dragged into a custody suite (with two broken legs), strip-searched and left naked in a cell for five hours on 13 February 2014. (Grimbsy Telegraph, 26 May 2016)

27 May: A contract for courtroom interpreting services is awarded to Leeds-based Thebigword, who from October will replace Capita. (Law Gazette, 27 May 2016)

28 May: Sergeant Kirsten Treasure is sacked from Croydon police for gross misconduct for a series of breaches which include making racist and homophobic comments about colleagues and members of the public. (Croydon Advertiser, 28 May 2016)

31 May: Staff at Doncaster prison including four doctors and a nurse are found to have been negligent in the care of Adetekunbo Ohisaga Ajakaiye, and that their actions and omissions amounted to negligence which resulted in Ajakaiye’s death from malaria in November 2010. (South Yorkshire Times, 31 May 2016) 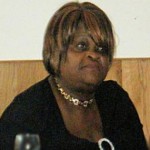 2 June: It is announced that the children of Cherry Groce, whose shooting by police officers in 1985 caused her to be paralysed until her death in 2011, are to receive compensation from the Met police. (Channel 4 News, 2 June 2016)

3 June: Croydon police refuse to answer allegations that they ordered the owners of the Dice Bar in Croydon not to admit black customers. (This is Local London, 8 June 2016)

3 June: The professional standards department at Hampshire police investigates a poster put up by its neighbourhood policing team in Hythe which urges people to boycott Traveller businesses. (BBC News, 3 June 2016)

24 May: Austrian police reveal that a gunman who fired more than forty shots into a concert organised by a bikers’ gang in Vorarlberg, killing three people and injuring eleven more before killing himself, was a member of the neo-Nazi Blood & Honour group. (The Local, 24 May 2016)

28 May: Two days of planned protests in Dover by the South East Alliance of National Front supporters is reduced to one day after a turnout of only 30 nationalists on the first day. (Morning Star, 30 May 2016)

28 May: Thirty to forty neo-Nazi protestors, reportedly from National Action, gather at a church in York; protestors unfurl an anti-refugee banner with a portrait of Hitler on it and make Nazi salutes. Police make five arrests. (York Press, 31 May 2016)

4 June: Twelve people are arrested at the ‘Great Skinhead Reunion’ in Brighton which is met with fierce opposition from anti-fascists. (BBC News, 4 June 2016)

4 June: A Scottish Defence League protest in Glasgow draws only 80 protestors and a counter-demonstration of over 350 people. (Daily Record, 4 June 2016)

5 June: The Mail on Sunday reports on numerous far-right activists from the National Front, BNP and EDL, active in Brexit campaigning across the UK. (Mail on Sunday, 5 June 2016)

27 May: Slovakian prime minister Robert Fico, due to take over the rotating presidency of the EU, says that Islam has ‘no place’ in Slovakia and that taking in ‘tens of thousands of Muslims … promoting their own stuff’ threatens Slovakian traditions that ‘go back centuries’. (Telegraph, 27 May 2016)

29 May: Austria’s foreign minister Sebastian Kurz calls for Europe to adopt ‘the Australian solution’ to refugees, holding them ‘on an island like Lesbos with no chance of receiving asylum’ to deter them from coming. (Press TV, 5 June 2016)

31 May: Councillor David Dean is suspended from the Conservative Party after allegedly making racist comments about the new London Mayor Sadiq Khan. (Wimbledon Guardian, 31 May 2016)

7 June: Nigel Farage is widely accused of being racist after making claims in a television debate on the EU referendum that linked migrants to sexual assaults on women. (Guardian, 7 June 2016)

26 May: The European Network Against Racism publishes Forgotten women: The impact of Islamophobia on Muslim women, which examines the experiences of women in Belgium, Denmark, France, Germany, Italy, Netherlands, Sweden and United Kingdom. Download the report and associated documents here.

1 June: The Polish government decree of 27 April abolishing the Council for the Prevention of Racial Discrimination, Xenophobia and Related Intolerance comes into force. (Radio Poland, 4 May 2016) 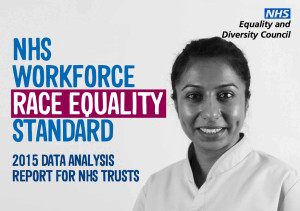 6 June: A care home worker is facing a Scottish Social Services disciplinary tribunal for comments made on Facebook (between 2010-2014) including one that she wanted to ‘blow their black faces off’ in relation to Muslims. (Daily Record, 6 June 2016)

19 May: The Department for Communities and Local Government publishes ‘Data from the twice-yearly count of Traveller caravans in England which took place in January 2016.’ View the data here.