26 September: A young Eritrean man is picked up from the street in Calais by a group of racists who take him 20 km away, beat, pepper spray and rob him. (Calais Migrant Solidarity, 27 September 2015)

26 September: A 27-year-old woman and mother of three from the Philippines falls to her death from the fifth floor of an apartment complex in Nicosia (Cyprus), in an attempt to flee police immigration checks. (In-Cyprus, 26 September 2015)

29 September: A 20-year-old Iraqi man is crushed to death by pallets in a lorry he had stowed away in with two family members at Calais. (Guardian, 29 September 2015) 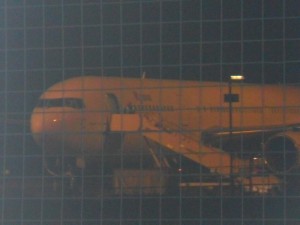 29 September: Dozens of Nigerian care workers face deportation by charter flight after being arrested in simultaneous immigration raids on 7 and 8 September across London, with 34 people being arrested, many of whom who worked for the Mears Group which provides care for the elderly and disabled. (Guardian, 28 September 2015)

30 September: An Eritrean man in his 20s is run over and killed by a freight train at the Channel Tunnel. (Guardian, 30 September 2015)

30 September: Louise Graham, British Airways cabin crew on the flight on which Jimmy Mubenga died during a deportation in October 2014, begins a civil action against G4S for the mental breakdown she suffered, allegedly as a result of the violence she witnessed. (Guardian, 30 September 2015)

2 October: A two-month study by researchers from the University of Birmingham, working with Doctors of the World, finds ‘diabolical’ conditions in the ‘Jungle’ camp at Calais. Cramped makeshift tents are plagued by rats, water sources contaminated by faeces and inhabitants are suffering from tuberculosis, scabies and post-traumatic stress. (Guardian, 2 October 2015)

6 October: The Home Office offers a formal apology and will pay compensation to a pregnant asylum seeker who was unlawfully arrested and detained at Yarl’s Wood immigration removal centre. (Guardian, 6 October 2015)

6 October: A senior EU legal adviser backs the UK government in a court battle with the European Commission over the UK’s ‘right to reside’ test for EU migrants, stating that unequal treatment is justified. (BBC News, 6 October 2015)

7 October: Two Iranian men who walked through the Channel tunnel from Calais to reach Britain are remanded in custody after appearing in court charged with obstructing trains. (Guardian, 7 October 2015)

7 October: A marketing stunt by the bookmaker Paddy Power that mocked migrants in Calais will be censured by advertising watchdogs for causing offence ‘merely to attract attention’. (Guardian, 7 October 2015)

7 October: Secret proposals leaked to journalists indicate that Brussels will threaten to withdraw aid, trade deals and visa arrangements if countries such as Niger and Eritrea refuse to accept people who European states are attempting to deport. (Independent, 7 October 2015)

24 September: The Independent Police Complaints Commission publishes its investigatory report into the shooting of Dean Joseph. Download the report here.

28 September: On the thirtieth anniversary of the shooting of Cherry Groce, her family launch a petition to Sir Bernard Hogan-Howe: ‘30 years on and still no justice for the death of Cherry Groce’. Sign the petition here.

28 September: The European Court of Human Rights condemns Belgium for a police officer’s assault of two brothers stopped for identity checks in Brussels in 2003 and 2004, and orders the Belgian authorities to pay €5,000 to both brothers for what the Court deemed to be an attack on their human dignity. (Le Matin, 28 September 2015)

29 September: Joint Enterprise Not Guilty by Association publishes the latest edition of its newsletter. Download the July-Sept, issue no. 35 here (pdf file, 1.9mb)

29 September: A senior magistrate who pulled £40 from his own pocket to contribute towards the court fine for a destitute asylum seeker has resigned his position, after being suspended by authorities for his actions. (Guardian, 29 September 2015)

30 September: On a trip to Jamaica, David Cameron announces that £25 million in foreign aid will be used to build a prison on the island in order to repatriate (without their consent) Jamaican prisoners held in British jails. (Guardian, 30 September 2015)

2 October: Basil Khan and Omar Mohidin are awarded compensation for an incident in London in 2007, when they were teenagers, during which they were racially abused and humiliated by police officers, and in one case subjected to a ‘sustained assault’. (Asian Image, 2 October 2015) 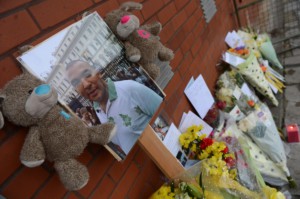 7 October: The Home Office says that there is nothing it can do to intervene in speeding up the investigation into the death of Leon Briggs, as the two year anniversary of his death nears. (Luton on Sunday, 7 October 2015)

26 September: In a weekend of protests against refugee homes in Niederau, Saxony, several towns in Mecklenburg-Western Pomerania and in Leipzig (all in eastern Germany), 1,000 counter-protesters clashed with far-right activists from the Offensive for Germany. In the western city of Bremen, an attempt was made to set fire to a refugee home, the twenty-second such arson attack this year, according to official statistics. (Al Jazeera, 28 September 2015)

27 September: The far-right Freedom Party of Austria (FPÖ), exploiting fears about refugees, doubles its vote in state elections in Upper Austria to 30.4 per cent, finishing a strong second. (Reuters, 27 September 2015)

28 September: Five neo-Nazi elected representatives of the National Democratic Party of Germany (NDP) joined a parliamentary tour of a refugee hostel in Mecklenburg-Westfalia, despite a previous court injunction stating that the NDP was a threat to ‘peaceful co-existence’ and could not be part of the delegation. After the tour, the NPD put out a statement saying the refugees were living in luxury in conditions that many Germans could only dream about. (Deutsche Welle, 28 September 2015)

23 September: A woman in Hull says she is afraid to leave her house after being hit in the face with a baseball bat by a woman who had reportedly been sending her racist text messages. (Hull Daily Mail, 23 September 2015)

25 September: 19-year-old Liam Lyburd is sentenced to life imprisonment with a minimum of eight years after being found guilty of possessing various weapons with an intent to endanger life. (BBC News, 25 September 2015)

29 September: Two men are jailed after pleading guilty to racially aggravated charges after abusing, punching and kicking a restaurant worker as he used a cashpoint in Stoke on Trent. Aaron Dawkins is sentenced to 18 months and Christopher Jones to 18 weeks. (Stoke Sentinel, 29 September 2015)

5 October: A 29-year-old man, found guilty of grievous bodily harm with intent and racially aggravated common assault after biting part of a security guard’s finger off in London in April, is given a 7-year prison sentence. (London 24, 8 October 2015)

6 October: A construction site in Dragør, south of Copenhagen, destined to become accommodation for 25 refugees, is damaged in an arson attack. Mayor of Dragør Eik Bidstrup states that the attack was politically motivated. (The Local, 6 October 2015)

24 September: The Daily Mirror apologises to the Travellers Association following its complaint about a story which suggested a planning application by a Traveller had led a man to take his own life. (Guardian, 24 September 2015)

5 October: The National Union of Students launches an independent review into whether it is institutionally racist in response to claims that were made at a meeting of the national executive committee by the black students’ officer. (Manc Union, 8 October 2015)

October: Kick it Out launches a consultation on the role played by grassroots football in local communities. Take part in the survey here.

5 October: The Conservative Party cancels a joint Association of Chief Executives of Voluntary Organisations (ACEVO) and Muslim Charities Forum event, without consultation, at its annual party conference following a critical article in the Daily Telegraph that alleged some of the speakers had links to terrorism. (Civil Society, 5 October 2015)

30 September: Campaigners launch Together Against Prevent calling on groups to take a stand against the governments counter extremism measures and the impact it is having on Muslim communities. View the statement here.