25 September: A court in Boulogne finds 21-year-old Loan Torondel, a worker for L’Auberge des Migrants, guilty of criminal libel for an ironic tweet about police harassment of migrants, a conviction described by Human Rights Watch as setting a dangerous precedent in the official harassment of groups providing crucial aid to migrants in Calais. (Human Rights Watch, 27 September 2018) 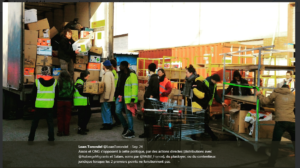 26 September: The European anti-fraud agency launches an inquiry into misuse of EU funds after the Fileleftheros newspaper reports that companies closely linked to the Greek defence minister ‘routinely inflate’ charges for catering services at the Moria refugee camp in Lesbos. The minister sues three journalists, including the editor, for defamation. (Guardian, 26 September 2018)

1 October: As the trial of the Stansted 15 on charges of endangering airport security opens at Chelmsford crown court, Amnesty International announces it is sending observers to the trial, due to concerns that the use of such serious charges could deter non-violent direct action aimed at defending human rights. (Guardian, 3 October 2018)

2 October: Domenico Lucano, mayor of the southern Italian town of Riace, who has been widely praised for his integration policies which have kept the town alive, is placed under house arrest, together with his partner, on suspicion of abetting illegal migration. (Guardian, 2 October 2018)

3 October: In an action brought by Help Refugees, the Court of Appeal rules that the Home Office acted unlawfully and unfairly in its treatment of ‘Dubs’ children seeking to come to the UK from France. (UK Human Rights Blog, 4 October 2018)

3 October: In the aftermath of the Windrush scandal, the Guardian reports that grandchildren of Chagos islanders evicted from the islands to make way for a US airbase in Diego Garcia are now under threat of deportation from the UK, despite their mother holding British citizenship. The Conservative MP for Crawley has put forward a private member’s bill to enable everyone of Chagossian descent to claim British citizenship. (Guardian, 3 October 2018)

4 October: The Court of Appeal rules that thousands of asylum seekers may have been unlawfully detained since 2013 pending their return under the Dublin regulation, as UK law does not comply with stricter criteria and time limits for detention under EU law. (Guardian, 4 October 2018)

4 October: Mare Jonio, an Italian-flagged rescue boat funded and created by the platform Operation Mediterranean, sets sail for waters off Libya, in direct defiance of Italy’s interior minister who has closed all Italian ports to NGO search and rescue missions. (Guardian, 4 October 2018) 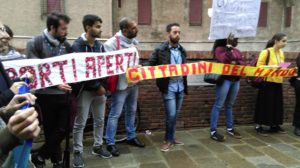 8 October: The Residential Landlords Association warns the home secretary that another Windrush scandal will result if EU citizens are not provided with documentary evidence of their right to be in the UK. (Guardian, 8 October 2018)

2 October: Data obtained by the Guardian under a freedom of information request shows that a stun gun was used at least 107 times on mental health patients since 1 April 2017, when forces were required to keep data. Only half of the UK’s police forces supplied data. (Guardian, 2 October 2018)

3 October: Scotland’s chief prosecutor confirms that no charges will be brought against police officers over the death of Sheku Bayoh, who died in custody three years ago after police used CS gas, pepper spray, batons and leg and arm restraints to arrest him. (Inquest, 3 October 2018)

6 October: Footage posted on social media shows up to six Metropolitan Police officers using allegedly excessive force to restrain a man in Harlesden, London, spraying him with CS gas and kicking him while holding him down, prompting community organisations to demand an investigation into police malpractice. (Independent, 6 October 2018)

8 October: A Guardian analysis of police data reveals that the Metropolitan police’s use of force (handcuffing, stun guns, CS spray, batons and guns) has risen 79 per cent in the last year, with  39 per cent of the 41,329 incidents that occurred between April to August directed at black people. (Guardian, 8 October 2018)

8 October: A disciplinary hearing begins in Stevenage against four Bedfordshire police officers accused of lying to paramedics called to treat Julian Cole, who was left paralysed and brain-dead following his arrest outside a Bedford night club five years ago. (Guardian, 8 October 2018)

28 September: In Germany, journalist Klaus-Peter Krummling is stabbed in Naumburg, Saxony-Anhalt, by three youths, one of whom performed a Nazi salute. (The Independent, 2 October 2018)

2 October: Raids by over 100 German police lead to the arrests of six men on suspicion of belonging to Revolution Chemnitz, a far-right terrorist group linked to attacks on ‘foreigners’ in Chemnitz and a plot to attack Germany’s Unity Day. (Guardian, 2 October 2018)

5 October: The mayor of Utrecht city, Netherlands, orders the dispersal of an anti-Muslim demonstration organised by Pegida in front of the Ulu Mosque after violence erupts, leaving a student injured. (Utrecht Central, 5 October 2018)

6 October: Hundreds of people march in Copenhagen, Arhus and Odense, in opposition to the Danish government’s Islamophobic-tainted ‘ghetto package’ and in opposition to attempts to privatise social housing. (Communication from Almed Modstand)

8 October: Czech president Miloš Zeman refuses to apologise to the Roma community after asserting that most Roma do not work. His remarks sparked criticism, including from Roma people, who posted hundreds of pictures of themselves working on social media. (Euractiv, 8 October 2018)

9 October: European Parliament posters promoting the upcoming European elections are branded ‘Islamophobic’ by Brussels and Strasbourg and pulled down. Part of the ‘this time I’m voting’ campaign, they depict a woman wearing a headscarf with the wording ‘because we need to work together to manage migration’. (The Drum, 9 October 2018) 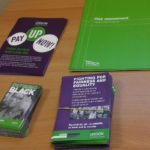 1 October: Lambeth Black Workers, a group of around twenty council workers ranging from junior to senior staff, write to Lambeth council accusing it of institutional racism. Complaints made by staff centre on racist comments and slurs, and inequality of access to jobs and flexible working. (Guardian, 1 October 2018)

30 September: Campaigners complain that local authorities are destroying the meaning and purpose of Black History Month, celebrated for over thirty years, by turning it into a celebration of ‘diversity’. (Guardian, 30 September 2018)

2 October:  An installation intended to throw a spotlight on migration, whose title reflects the numbers migrating (10,142,926 on the opening day), opens at Tate Modern’s Turbine Hall. (Frieze, 2 October 2018)

27 September: Police appeal for information after a man and a woman were racially abused, threatened with attack by two large dogs, punched and kicked, by a gang of five men and two women after leaving a supermarket in Gateshead, leaving both needing medical attention. (The Northern Echo, 27 September 2018)

2 October: Police appeal for information after two men were racially abused and assaulted, leaving one with minor injuries, by a man at a supermarket in Cambridge. (CambridgeLive, 2 October 2018)

10 October: Police appeal for information after a black woman in her forties allegedly racially abused and repeatedly hit an 18-year-old Asian teenager and tried to grab her headscarf in Bethnal Green. (East London advertiser, 10 October 2018)

1 October: Jason Downs, 46, is convicted of racially aggravated assault and receives a community order and an order for compensation after racially abusing and spitting in the face of a supermarket worker who caught him stealing alcohol at a supermarket in Newcastle. (ChronicleLive, 1 October 2018)

3 October: Zack Boakye-Yiadom, 22, and Connor Ian James Maher, 22, are each fined for criminal assault after punching and kicking a man who had pushed and shouted racial abuse at them at the Weighbridge, Jersey. (Jersey Evening Post, 3 October 2018)

4 October: Lewis Carl Tolson, 27, pleads guilty to racially aggravated assault after racially abusing and assaulting a doorman who had escorted him out of a club in York for harassing women. (York Press, 4 October 2018) 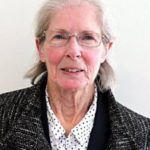 5 October: Barbara Fielding-Morriss, 79, who was convicted of three counts of stirring up racial hatred in June after making racist and anti-Semitic blog posts between September 2016 and September 2017, is jailed for twelve months. She stood as an independent candidate for the city central constituency of Stoke-On-Trent during the 2017 election. (BBC News, 5 October 2018)

26 September: Police appeal for information after a car with Polish number plates was set alight by a man in his 20s in Taunton, Somerset. Police are treating the alleged arson as racially motivated. (Somerset County Gazette, 26 September 2018)

3 October: For the second time in 24 hours, the UK Black History Month website is brought down by hackers. (Guardian, 3 October 2018)

2 October: A report by the Safer Newcastle Board reveals a 17 per cent increase in hate crimes, with three-quarters of the victims from black or Asian backgrounds. Newcastle City Council’s third party hate-crime reporting system came under heavy criticism for being outdated. (Chronicle Live, 2 October 2018)