21 June: Police appeal for information on a racist attack on 16 June, during the Wales v England Euro 2016 football game, where a man from UAE suffered facial injuries. Three men were arrested and bailed. (Wales Online, 21 June 1016)

21 June: Police release pictures of three men wanted in connection with the racist abuse of a pizza delivery driver in Halifax. The trio went on to cause ‘a substantial amount of damage’ to the victim’s car. (Yorkshire Post, 21 June 2016)

22 June: Liverpool police release footage of a man wanted in connection with a racist attack on a 37-year-old man outside the L8 Superstore. The victim was racially abused and then attacked, sustaining cuts and bruises. (Liverpool Echo, 22 June 2016)

23 June: A disused Sikh temple in Gravesend, Kent, is vandalised by a group of teenagers. A video of the attack is posted online. Six teenagers are later arrested and bailed. (NewsShopper, 23 June 2016 and Kent Online, 27 June 2016)

23 June: Police in Durham begin an investigation after graffiti are found sprayed on doors near the city centre saying: ‘Jo Cox deserved it, Durham next’. (Mirror, 24 June 2016)

24 June: 67-year-old James Corner, who threatened to bomb a family in their Glasgow home and racially abused a young baby, is told he faces prison after pleading guilty to racially aggravated harassment intended to cause alarm or distress. (Daily Record, 25 June 2016)

28 June: Twins Michael and Ryan Size are jailed for eight and twelve months respectively, after the pair admit offences in connection with a racist attack on Sunil Chopra as he walked his daughter to after-school club. Chopra was abused in front of his 7-year-old daughter and threatened with a knife. (Liverpool Echo, 28 June 2016)

28 June: Kier Ashby, 21, from Harlow, is charged with sending a tweet ‘that was grossly offensive or of an indecent, obscene or menacing character’ to Harlow MP Robert Halfon on June 23. (Metro, 29 June 2016)

29 June: Tell MAMA, which monitors anti-Muslim hate crime, publishes a new report which finds that in 2015, incidents of anti-Muslim abuse and attacks in public areas of the UK rose by 326 per cent, with women disproportionately targeted by mostly teenage perpetrators. Download the report here. (Guardian, 29 June 2016)

29 June: Enfield police release pictures of four men wanted in connection with a racist attack in Edmonton Green Shopping Centre in December 2015, in which a 34-year-old man was left with a broken jaw. (LBC, 29 June 2016)

4 July: Leicestershire police appeal for information on a racially aggravated robbery which took place on 30 May in Wigston. A man is verbally insulted by four young men who then assault him, causing injuries to his head, hip and arm. (Hinkley Times, 4 July 2016)

4 July: Police release footage of a man wanted in connection with an attack on Finsbury Park mosque on 26 May in which a bag of rotten pork was thrown at the building. (This is Local London, 4 July 2016)

4 July: Following complaints, police launch an investigation into a racist attack on bus driver, Eijaz Mughal, who was racially abused and spat at in April while driving through Piccadilly Gardens, Manchester. The driver made a citizen’s arrest, but police let the men go, and footage of the incident was lost by Mughal’s bus company. (Manchester Evening News, 4 July 2016)

5 July: John Montgomery, 59, is convicted of using threatening, abusive or insulting words or behaviour intending to stir up hatred or arouse fear and sentenced to 150 hours community service. The court is told how Montgomery was part of a crowd of up to ten people who had gathered to shout racist abuse at the occupants of a house whose windows had earlier been smashed in north Belfast in June 2014. (Irish News, 5 July 2016)

6 July: The Independent reports that 25-year-old Ali Abbas, an Iraqi orphan who lost his family and both his arms following an air strike, claims he was told to ‘Go back to your country’ by a border official when he arrived at St Pancras on the Eurostar on 18 April. (Independent, 6 July 2016)

6 July: Nigerian man Emmanuel Chidi Namdi, 36, dies in hospital by  in Fermo, Italy, a day after being attacked after defending his wife from racist abuse from ‘ultra’ football fans. (Guardian, 7 July 2016)

20 June: The IB Times reports that Stephen Yaxley-Lennon, aka Tommy Robinson, ex-EDL leader, escaped a football banning order during Euro 2016 by travelling to France before police arrived at his home to serve him with the order. (IB Times, 20 June 2016) 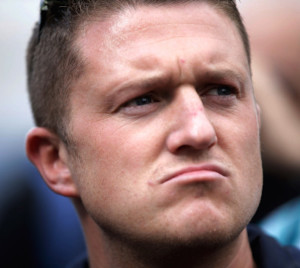 21 June: Vote Leave campaigners refuse to answer questions about a £600,00 donation to the Leave campaign from Gladys Bramall, the third-largest individual donor to the campaign and a former member of the BNP. (Buzzfeed, 21 June 2016)

23 June: Far-right activist Joshua Bonehill-Paine, is charged with a racially or religiously aggravated offences of harassment (non-violent) between October 2014 and January 2015. After he is alleged to have sent malicious communications to Liverpool Wavertree MP Luciana Berger. (BBC News, 23 June 2016)

29 June: Leaflets purportedly from the BNP are sent to homes in the Dewsbury area claiming that murdered Jo Cox, MP, took misguided actions in helping Muslims who ‘will join ISIS at a later date’. (Yorkshire Post, 29 June 2016)

1 July: Frank S (name withheld under German privacy laws) receives a fourteen year prison sentence for the attempted murder of Henriette Reker, who he stabbed in the neck the day before she was elected mayor of Cologne. The far-right sympathiser, active in neo-Nazi circles in the 1990s, said he targeted Reker because of her pro-refugee views. (Deutsche Welle, 1 July 2016)

3 July: The Liverpool Echo reveals that alleged racist and homophobic comments made on Facebook by Paul Rimmer, a former mayoral candidate from the English Democrats, have been removed. Rimmer claimed that the comments, which have been reported to the police, were ‘just a joke’. (Liverpool Echo, 3 July 2016)

22 June: A man climbs on to the roof of Dungavel immigration removal centre in south Lanarkshire in a protest, but later comes down. (Scotsman, 23 June 2016)

29 June: In response to an ECHR ruling that Denmark’s family reunification rules discriminate against people born outside Denmark who obtain citizenship through naturalisation, the Danish Immigration Service says it will now apply the ‘connection requirement’ to everyone seeking to bring in family members from abroad. This means that married couples will now have to prove that they have stronger ties to Denmark than to any other country, which it is believed will have an adverse effect on foreign nationals and their Danish spouses. (The Local, 29 June 2016)

30 June: The Danish National Police announce that they have used the infamous ‘jewellery law’ for the first time. It is reported that five Iranians were arrested at Copenhagen’s airport and detained. The five applied for asylum, and Danish police confiscated a total of 79,600 kroner/£9132 from them. (The Local, 30 June 2016)

1 July: The Home Office announces a new National Transfer Scheme for migrant children ‘so there is a more even distribution of caring responsibilities across the country’. (EIN, 5 July 2016)

2 July: Data released by the Home Office under the Freedom of Information Act reveals an 80 per cent increase in immigration raids in London over the past five years. (Medium, 2 July 2016) 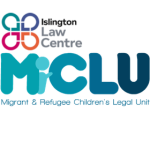 4 July: The Migrant and Refugee Legal Unit (MiCLU) publishes a resource page for #precariouscitizenship, on undocumented migrant children and young people, with presentations and audience contributions from its conference held on 1 June 2016. You can listen to the conference podcasts and download the presentations here.

5 July: Around 40 refused asylum seekers, most of whom are Roma from the Balkan peninsula, occupy Regensburg’s St. Peter Cathedral in Bavaria in an attempt to resist their deportation. They claim that their home countries are unsafe and there is discrimination against them. (The Local, 6 July 2016)

7 July: Staff at Serco-run Yarl’s Wood are being replaced with ‘self service kiosks’ in a drive to cut costs at the centre. (Guardian, 7 July 2016)

4 July: A gross misconduct hearing begins into the conduct of PC Christopher Schofield, who is alleged to have been ‘disrespectful and used racist language and acted in an unprofessional manner’ during raids on restaurants in Manchester. (Manchester Evening News, 5 July 2016)

5 July: The Prison Reform Trust publishes new research on the legal doctrine of joint enterprise which finds that joint enterprise prosecutions should be monitored because of the lack of clarity in the law. Download it here (pdf file, 2.9mb). (Guardian, 5 July 2016)

6 July: The Guardian reports on discrimination against Muslims in prison, where their numbers have doubled in the past 12 years and those who practise their faith in jail are targeted as ‘suspicious’. (Guardian, 6 July 2016)

6 July: An inquest jury finds that the death of Olawale Adelusi, who was found hanged at Wormwood Scrubs in November 2014, was partly caused by a lack of training and communication failures by the authorities. The jury recorded a misadventure verdict with contributing factors. (Get West London, 6 July 2016)

21 June: It is revealed that up to five children a day are being referred to the Channel project. (Mend, 21 June 2016)