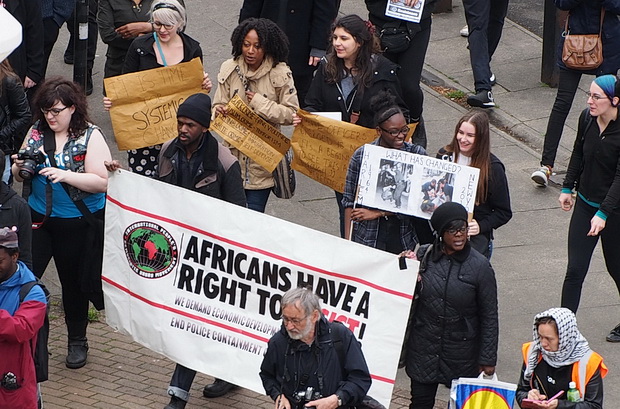 27 April: A Labour government would look again at the law of Joint Enterprise, Ed Miliband writes in a letter to a constituent. (The Justice Gap, 27 April 2015)

2 May: More than 3,000 police officers are being investigated for alleged assault – with black and Asian people significantly more likely than white people to complain of police brutality, according to an Independent investigation. (Independent, 2 May 2015)

3 May: Hundreds of people march through Brixton, south London, to protest at police brutality and racism, and to show solidarity with the people of Baltimore, US. (Brixton Buzz, 3 May 2015)

4 May: Restraint was a ‘key’ factor in Kingsley Burrell’s death in 2011, a pathologist tells the jury at his inquest. Mr Burrell died following contact with four police officers and six NHS staff in Birmingham. (Voice, 5 May 2015) 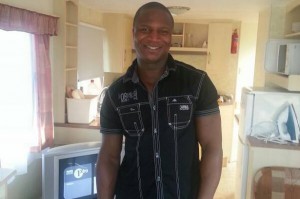 5 May: Friends of Sheku Bayoh, who died in Scotland on 3 May hours after being arrested, demand answers over how police handled the incident. (Daily Record, 5 May 2015)

22 April: According to a specialist barrister, the work done by migrants in UK detention centres is open to challenge in the courts, on the basis that it is a hybrid of prison labour and sub-zero hours exploitation. (Corporate Watch, 22 April 2015)

23 April: Fourteen migrants, mostly from Somalia and Afghanistan, die after they are hit by a train near Veles in Macedonia. Migrants use the railway to navigate through the country at night, reportedly the route through the Balkans now being considered safer than the voyage across the Mediterranean. (Novinite.com, 24 April 2015)

24 April: UN Human Rights Commissioner, Zeid Ra’ad al Hussein, who likened the comments made in Katie Hopkins’s column for the Sun to those made by the Nazis and Rwandan press before the 1994 genocide, calls on European countries to take a firmer line on racism and xenophobia in the press. (BBC News, 24 April 2015)

25 April: ‘Migrant lives matter’ protests are held on Ramsgate and Whitstable beaches and the London office of the EU, against its response to mass drownings in the Mediterranean. (Stand up to Racism and Fascism) 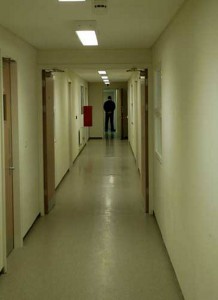 25 April: A guard is suspended following an alleged ‘revenge’ assault on two women inside Yarl’s Wood, in what is the latest in a series of incidents at the Bedfordshire immigration removal centre. (Guardian, 25 April 2015)

27 April: A Freedom of Information (FOI) request to the Home Office reveals that while there were 39 incidents of detainees self-harming at Brook House immigration removal centre in 2010, there were 64 such incidents in 2014. (Crawley News, 27 April 2015)

30 April: A custody officer at Yarl’s Wood IRC is suspended after leaving a woman with bruising after detainees were forcibly dispersed for attempting to stop a woman’s deportation. (Bedford Today, 30 April 2015)

5 May: A nightclub owner in Bavaria, Germany is condemned by refugee organisations for banning entry to all ‘refugees’. The Bavarian Refugee Council spokesperson, Matthias Weinzierl, said, ‘You can’t recognise [asylum seekers] by their clothes, you can only recognise them by the colour of their skin, and that’s simple racism.’ (The Local, 5 May 2015)

7 May: Two Syrian asylum seekers who were jailed for arriving in the UK without passports in 2013, successfully appeal against their convictions after it emerged they were wrongly advised to plead guilty. (BBC News, 7 May 2015) 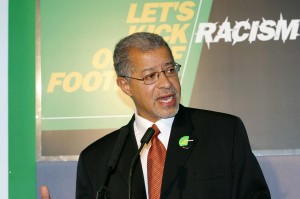 27 April: Speaking at the Raise Your Game conference in London, Kick it Out chair Lord Ouseley challenges football clubs to change their recruiting practices to ensure they give  equal opportunities to people from all communities. (Sky Sports, 28 April 2015)

6 May: In the 1990s, the Football Association tried to impose an unofficial quota on the number of black footballers an England manager could play, according to a new book about racism within the sport. (Guardian, 6 May 2015)

26 April: BNP election candidate Reverend Robert West faces a hearing over comments he reportedly made about Islam while teaching in a Grantham school. (Lincolnshire Echo, 26 April 2015)

29 April: European parliamentarians urge the European Commission to investigate a public consultation on migration launched by Hungary’s Prime Minister, Viktor Orbán, which equates migrants with terrorists and recommends internment camps and forced work for immigrants. Orbán has also called for the return of the death penalty, abolished in Hungary in 1989. (Budapest Today, 29 April 2015)

5 May: Ukip suspends election candidate Robert Blay for ‘abhorrent’ abuse about an Asian rival – including racist abuse and threatening to ‘personally put a bullet in him’ should he ever become prime minister. (Huffington Post, 5 May 2015)

24 April: Scores of people attend an anti-racism rally in Derry to protest against an attack on an Egyptian man in the city centre. (Derry Journal, 24 April 2015)

27 April: Police in Hounslow begin a survey on hate crime after figures show there were 367 racist and religious hate crimes recorded across the borough during the last year, with 29 cases of Islamophobia, 28 of homophobia and two anti-Semitic crimes. (Get West London, 27 April 2015)

27 April: A 22-year-old man in Stoke is given a nineteen-month prison sentence for threatening to murder a taxi driver with a five-inch knife. During the incident, in 2013, the man racially abused the driver, took his car keys and demanded his takings. (Stoke Sentinel, 27 April 2015)

28 April: The president of the UN Committee on the Elimination of Racial Discrimination, Ion Diaconu, condemns the ‘trivialisation of hate speech’ in France and the exclusion of the Roma minority from mainstream French society, stating that the Roma face violence from ind

4 May: Police in Northern Ireland launch a review into how they tackle hate crimes after a surge in reported attacks on BAME communities, with figures indicating there are more than two incidents every day. The vast majority of racially-motivated hate crimes over the past twelve months took place in Belfast. (Belfast Live, 5 May 2015)

6 May: Four people are arrested in Germany on suspicion of planning to attack mosques and hotels accommodating asylum seekers. (Independent, 6 May 2015)

29 April: War veterans announce they are planning to hold a counter demonstration in Dudley  in May on the day that the  far-right Britain First comes to protest over plans to build a mosque. (Dudley Express & Star, 29 April 2015

1 May: The mayor of Jönköping, a small town in southern Sweden, managed to thwart the far-right Party of the Swedes’ plans for its annual May Day march (renowned for violence) by booking out all public spaces a year in advance, stating, ‘It’s time to take back this town and show the values that we are proud of.’ (The Local, 2 May 2015)

5 May: The prosecutor of Béziers, a town in southern France, opens an investigation after discovering that the far-right mayor closely affiliated with the Front National, Robert Ménard, keeps a file on students in the municipality thought to be Muslim. (Le Monde, 5 May 2015)

7 May: The trial of dozens of members of far-right Golden Dawn in Greece is adjourned until 12 May after resuming briefly in the country’s largest prison. (Guardian, 7 May 2015)

25 April: In France, public outcry follows the news that a 15-year-old Muslim girl was banned from class for wearing a long black skirt, deemed by the headmaster of a school in the north-eastern town of Charleville-Mezieres a conspicuous sign of religious affiliation. (Guardian, 28 April 2015)