24 June: A parliamentary written answer reveals that MPs have reported 723 migrants to the Home Office as irregular since 2012, it is believed after seeing them at constituency surgeries. (Independent, 24 June 2018) 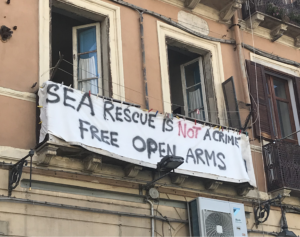 25 June: The European parliament’s civil liberties committee puts forward a resolution for debate in parliament on 4 July, calling on EU member states and the EU Commission to ensure that humanitarian rescue and help to migrants is not criminalised. Read the resolution here. (European Parliament, 25 June 2018)

25 June: Doctors of the World issues an update to its report Registration Refused, dealing with difficulties of access to GP registration for migrants in England, and announces a new initiative, Safe Surgeries, a network of GP practices committed to helping undocumented migrants and refused asylum seekers. Download the report here. (Doctors of the World, 25 June)

26 June: Claude Moraes MEP, chair of the European Parliament’s Justice and Home Affairs Committee, says MEPs will not cooperate on the budget for offshore processing of asylum seekers, called for by Italy and other member states at the EU’s migration summit, saying such ideas are ‘extreme’. (Guardian, 27 June 2018)

26 June: Six staff members at a reception centre in Latina, Italy are arrested for maltreatment of residents. Of the €35 per day allowance per resident, they allegedly spent only €1 or €2, pocketing the rest, and leaving the 800 residents malnourished and in squalid conditions. (Latina Quotidiano, AYS, 26 June 2018)

28 June: The EU Council tells all rescue boats in the Mediterranean to ‘respect all applicable laws and not obstruct operations of the Libyan coastguard’ (LCG), despite the LCG’s violent attacks on rescue ships’ crew and passengers and on migrant boats, and the UN sanctions imposed on a regional LCG head on 8 June for human trafficking. (Guardian, 9 June 2018; EU Council, 28 June 2018) 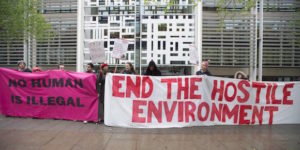 29 June: The North Aegean regional governor’s decision to close the small community-based Pikpa camp in Lesbos on public health grounds is opposed by Lesvos Solidarity, which describes it as a political attack on solidarity. Read their statement here. (Harekact, 29 June 2018)

29 June: The Department for Education removes the requirement for schools to record pupils’ nationality and place of birth in the schools census, following a public campaign. (Guardian, 29 June 2018)

29 June: Virgin Atlantic announces it will not longer help the Home Office with deportations, following campaigning and the Windrush scandal. (Independent, 30 June 2018)

29 June: The EU’s migration summit ends with member states agreeing to send rescued migrants on EU territory to closed ‘control centres’ for ‘rapid and secure processing’ of claims, to tighten the EU’s external borders, to pay bordering states to prevent migrants leaving for Europe, and to set up processing centres in north and west African countries. (Guardian, 30 June 2018)

2 July: The captain of the rescue ship Lifeline appears in court in Malta on charges related to the vessel’s registration. The ship was stranded at sea for six days with 234 migrants on board after being refused landing in Italy and Malta, docking in Malta on 27 June after eight EU member states agreed to take the passengers between them. The ship has been impounded. (Times of Malta, 28 June 2018)

2 July: After hearing evidence that over 850 people were wrongly detained for deportation between 2012 and 2017, costing over £21 million in compensation, while senior and junior managers were paid bonuses for achieving deportation targets, the parliamentary Home Affairs Committee describes the Home Office as a ‘callous and hostile institution in need of root and branch reform’. (Guardian, 29 June, 3 July 2018)

3 July: The Project for the Registration of Children as British Citizens and Amnesty International launch a legal challenge to the ‘extortionate’ level of fees which prevents many children born in the UK and entitlted to British citizenship from applying for it. (Guardian, 4 July 2018)

3 July: Bail for Immigration Detainees points to the large-scale separation of children from parents through immigration detention in the UK, saying they have dealt with 155 cases so far this year. In three cases in the past sixteen months, children were taken into care for lack of any other available carer, in breach of the Home Office’s own guidelines. (Guardian, 4 July 2018)

Police and the criminal justice system 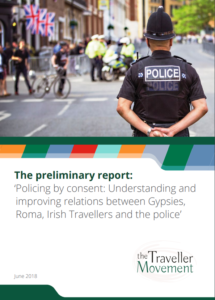 23 June: A Travellers Movement report, based on freedom of information requests and a survey of forty-three forces, reveals that police routinely presume Travellers are more likely to be perpetrators rather than victims of crime, and that the role of Traveller community liaison officers (GTLCs) may contravene equality laws. (Guardian, 23 June 2018)

28 June: Katie Barratt, 22, is sacked from her job as a police officer after racially abusing staff at a takeaway restaurant in Newcastle. (ChronicleLive, 28 June 2018)

29 June: The UN Special Rapporteur on the right to privacy criticises police use of facial recognition during peaceful demonstrations in his interim report on a visit to the UK. (Guardian, 30 June 2018)

29 June: George Mpanga, aka George the Poet, speaks out after being handcuffed and strip-searched without cause outside his parents’ house in Harlesden three days before, following a performance in Islington. (Guardian, 30 June 2018)

25 June: Ten far-right activists are arrested in raids across France, in connection with a plot to buy weapons to attack Muslims. (AFP, 25 June 2018)

25 June: A BBC Newsnight investigation reveals that in 2017, the Polish Embassy in London part-funded a book fair in Slough organised by the far-right group Polska Niepodlega. Marcin Rola, who runs the far-right online TV station Wrealu24 and is known for anti-Muslim hate speech, was one of the speakers. (BBC News, 25 June 2018).

28 June: In northern Greece, four far-right activists travelling to a demonstration in Thessaloniki are arrested in possession of knives, an electroshock weapon, eighteen firecrackers, a container of gasoline and twenty glass bottles. (ekathimerini.com, 28 June 2018)

26 June: The Dutch upper house of parliament overwhelmingly supports a bill banning the wearing of the burqa in educational institutions, on public transport, in government institutions and hospitals. (Guardian, 26 June 2018)

28 June: Stonewall publishes a report stating that over half of BAME LGBT people have experienced racial discrimination from within the LGBT community (Stonewall, 28 June 2018)


29 June: A week after the Italian interior minister calls for Roma to be counted and, if foreign, expelled, Rome city authorities clear 450 people, including 100 families, from a shanty town on the edge of Rome, claiming that the clearance is routine. (Reuters, 29 June 2018)

25 June: Conservative MEPs on the civil liberties, justice and home affairs committee vote against triggering an EU sanction process against Hungary, as other EU parliamentarians and the OSCE condemn violations of the rule of law under prime minister Viktor Orban. (Guardian, 25 June 2018)

27 June: The Muslim Council of Britain says the Conservative party chairman has not even acknowledged a letter it sent three weeks ago calling for an internal inquiry into Islamophobia in the party. The Conservative party claims it is now working with Tell Mama to improve its diversity training. (Guardian, 27 June 2018)

30 June: Morrissey, who recently voiced support for Tommy Robinson, postpones all his UK and European tour dates in July shortly after his manager attacks plans to hold an anti-racism party near the singer’s concerts in Manchester.  (Guardian, 30 June 2018)

2 July: Caribbean artists accuse the British Council, which is collaborating with the National Art Gallery of the Bahamas on an exhibition series about the slave trade, of censorship after it removed its text and logo from the exhibition’s catalogue, which it deemed too political. (Guardian, 2 July 2018)

1 July: The New York Times reports on the Danish government’s new  ‘ghetto list’ which details twenty-two policies aimed at forcibly integrating the inhabitants of twenty-five neighbourhoods, referring to ‘parallel societies’ and ‘ghetto children’ who must be separated from their families for at least twenty-five hours a week for mandatory instruction in ‘Danish values’. (The New York Times, 1 July 2018)

29 June: The day after parliamentary reports reveal 598 instances of UK intelligence officials being involved in torture, thirty-one rendition operations planned, agreed or financed by the UK, and obstruction of evidence-gathering by the prime minister, senior detectives open an investigation and Labour shadow ministers call for an official inquiry. (Guardian, 29, 30 June 2018)

19 June: Police appeal for information on a suspected racially motivated attack after a man is stabbed several times and left ‘fighting for his life’ following an argument in Poplar, London. (Independent, 19 June 2018)

22 June: Police appeal for information after a gang of fifteen to twenty youths allegedly racially abused and assaulted a team of cricketers, throwing stones at the players and smashing a car windscreen as they played a match at a ground in Shinfield, Berkshire. (InYourArea, 22 June 2018)

22 June: Bristol Safeguarding Adults Board (BSAB) publishes a review highlighting how the murder of Kamil Ahmad, a Kurdish refugee who was stabbed to death in July 2016, could have been avoided. (LocalGov, 22 June 2018)

28 June: Police appeal for information after a gang of twenty youths allegedly racially abused and attacked a family on the Hoe Promenade in Plymouth, pushing and punching the father and son and throwing a drink over the mother. (Plymouth Herald, 28 June 2018)

2 July: Charlie Jeans, 23, is jailed for ten months for racially aggravated assault and criminal damage after racially abusing a colleague and smashing the victim’s vehicle with a baton at his workplace in Havant, Portsmouth. (The News, 2 July 2018)