21 February: Around 120 women detained at Yarl’s Wood removal centre, Bedfordshire, begin a hunger strike in protest against their indefinite detention and the inhumane conditions they suffer. (Sky News, 25 February 2018)

21 February: A coach transporting migrants, operated by government contractor Tascor, catches fire on the M25 and it is reported that guards insisted on handcuffing people before they were allowed to alight the burning bus. (Guardian, 21 February 2018)

22 February: Diplomats from Caribbean countries urge the Home Office to adopt a more compassionate approach to elderly Commonwealth citizens following revelations that many resident in the UK for half a century or more are being deported. (Guardian, 22 February 2018)

23 February: The Independent reports on a letter sent by Home Office officials to a GP, asking them to deliver a deportation notice to a patient at their next mental health appointment. (Independent, 23 February 2018)

23 February: The Tribunal of Nice rules that the pushback of nineteen unaccompanied minors from France to Italy by the prefect of Alpes-Maritimes was illegal, in a challenge brought by twenty French and Italian migrant support associations. (France 24, 23 February 2018; Melting Pot Europa, AYS, 5 March 2018)

25 February: An estimated 10,000 people march in Brussels in a ‘human wave of solidarity and humanity’ towards migrants, and against measures going through parliament which would allow police to search private homes suspected of sheltering undocumented migrants. (Euronews, 23 January 2018; InfoMigrants, 1 March 2018)

26 February: After visiting Yarl’s Wood and meeting hunger strikers, shadow home secretary Diane Abbott describes the women’s situation in the centre as ‘desperate’. Serco, which runs the centre, denies that the women are on hunger strike. (BBC News, 26 February 2018)

27 February: Lawyers from Chios, Lesvos, Kos, Samos and Rhodes condemn the compulsory detention of refugees and migrants arriving from Turkey as a violation of Greek and international law, refusing ‘to allow our islands to be transformed into prisons’. (Ekathimerini, 27 February 2018)

27 February: Italian parliamentarians reveal that they have lodged a case with Italy’s Constitutional Court over the government’s ratification of an agreement with Libya to strengthen border security without seeking parliamentary approval. (ASGI, 28 February 2018)

28 February: The High Court hears a legal challenge by a suicidal Afghan boy of 16 against the Home Office for its failure to use the ‘Dubs amendment’ to bring him to the UK from France. (Guardian, 28 February 2018) 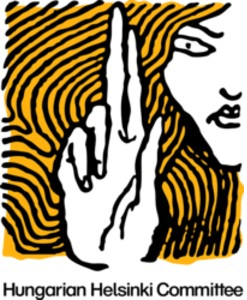 28 February: The Hungarian Helsinki Committee (HHC) wins a court ruling for damages of 2 million forints and an apology from the prime minister’s office, over false claims in the government’s ‘Stop Soros’ consultation that it sought preferential treatment for migrants. (HHC, 28 February 2018)

1 March: The day after the Home Office publishes a Brexit policy paper giving rights to permanent settlement to EU citizens coming to the UK during the transition period, the European parliament rejects it as inadequate for withholding family reunion rights. (Guardian, 1 March 2018)

1 March: The High Court grants the Migrants’ Rights Network permission for a judicial review of NHS Digital’s sharing of patient data with the Home Office to help them track down migrants, after ministers reject the parliamentary health committee’s request to suspend the practice. The Home Office had made 1,300 requests for patients’ data in the past three months. (Guardian, 28 February 2018; Morning Star, 2 March 2018)

2 March: Viktor Orbán, prime minister of Hungary, posts a video on his Facebook page in which he says that migrants are worse than Roma people as they come from outside Hungary. (Budapest Beacon, 2 March 2018)

4 March: LGBTI asylum claimants accommodated in hostels demand protection from attacks by housemates, saying that owners, contractors and the Home Office have all ignored the issue despite complaints. (Guardian, 4 March 2018)

5 March: Civil liberties and migrant support groups threaten the government with legal action over a clause in the data protection bill going through parliament, which would deprive migrants of the right to see their Home Office files or challenge inaccuracies. (Guardian, 5 March 2018)

5 March: As revelations emerge that the Home Office have threatened the women on hunger strike at Yarl’s Wood with accelerated deportation, and that only intervention by politicians and journalists averted one woman’s deportation, a nationwide ‘Freedom Fast’ in solidarity with the women is announced for International Women’s Day, 8 March. (CommonSpace, 5 March 2018) 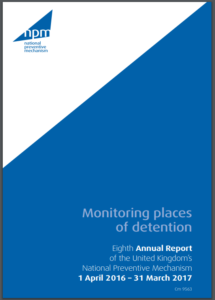 23 February: The Guardian reveals that the Independent Office of Police Conduct (IOPC) has called for five officers involved in the death of Sean Rigg in 2008 at Brixton police station, to face disciplinary charges for the alleged use of excessive force and inappropriate restraint techniques, failing to identify and treat Rigg as suffering from mental health problems and failing to protect him from harm. (Guardian, 23 February 2018)

26 February: Former police officer Kevin Duffy, jailed along with ex-police community support officer Andrew Passmore for failures which led to the racist murder of Bijan Ebrahimi in Bristol in 2013, claims that he has been made a scapegoat, as those with the least authority were prosecuted. (BBC News, 26 February 2018)

28 February: The Judicial College, responsible for training judges, publishes guidance advising them to think carefully before ordering a woman to remove a veil to give evidence, and if making an order, to ‘minimise discomfort’ by restricting public view and banning court sketches in this situation. (Guardian, 28 February 2018)

1 March: Janet Alder describes as an ‘insulting cover-up’ a disciplinary panel’s dismissal of gross misconduct charges against two Humberside police officers who spied on her following the death in police custody of her brother Christopher Alder. The panel found the surveillance unlawful but that the officers had simply followed orders. (Guardian, 1 March 2018)

21 February: John Ausonius, the Swedish far-right sympathiser serving a life sentence for the murder and attempted murder of ten immigrants in Stockholm and Uppsala in 1995, receives a second life sentence, this time in Germany, where he is found guilty of shooting dead Blanka Zmigrod, a 68-year-old Holocaust survivor, in Frankfurt in February 1992. (Deutsche Welle, 21February 2018)

23 February: An unnamed 46-year-old man is arrested in Lincoln on suspicion of being a member of National Action and for sending malicious communications. He is released pending further investigation. (BBC News, 23 February 2018)

23 February: Greater Manchester police raid a property in Lincoln and arrest a 46-year old man, who is suspected of being a member of the banned National Action group, on terrorism offences. (Lincolnshire Live, 23 February 2018)

27 February: The High Court in Edinburgh hear that far-right activist Connor Ward, who is on trial for alleged terrorism offences, had downloaded more than 2,000 songs to his laptop that are sympathetic to neo-Nazis, and allegedly possesses knives, knuckledusters, a stun gun and steel ball bearings with instructions for ‘the preparation of an improvised explosive device’. (BBC News, 27 February 2018; Daily Record, 7 March 2018)

2 March: Hope not Hate reports that neo-Nazi groups in Ukraine linked to the Azov battalion, a Ukrainian fascist militia, are seeking to recruit British far-right activists, and at least two Britons have travelled to join them. (Guardian, 2 March 2018)

4 March: More people call for Labour party deputy leader Tom Watson to return half a million pounds in donations from Max Mosley, after the Daily Mail uncovers a leaflet from 1961, backing the far-right Union movement and linking immigrants to disease, which named Mosley as its publisher. (Guardian, 4 March 2018) 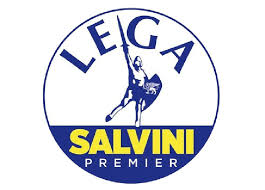 6 March: In the Italian general election, the right-wing coalition which includes La Lega, an extreme-right party that campaigned for mass deportations, scores 35.7 per cent of the vote. As the election produces a hung parliament, it is not yet clear which parties will form the next government. (Guardian, 6 March 2018)

23-25 February: The German food bank Tafel in Marl and Essen is criticised for turning away non-Germans, particularly young single men, on the grounds that elderly people and single parents feel uncomfortable around them and scant resources mean they need to prioritise families. The Essen branch was daubed with anti-Nazi graffiti. (Deutsche Welle, 23, 25 February 2018)

1 March: The chief coroner condemns as unlawful a senior London coroner’s policy of refusing to prioritise any death on religious grounds, which prevents Jews and Muslims from burying their dead on the day of death or as soon as possible thereafter in accordance with their religious beliefs. (Guardian, 1 March 2018)

21 February: The Department for Business, Energy and Industrial Strategy commences a review ‘to see how employers are improving ethnic minority progression in the workplace’; read the announcement here.

3 March: A legal challenge by Reprieve and Privacy International forces the publication of the text of a secret directive given to the Investigatory Powers Commissioners Office and reveals that MI5 agents are licensed to commit crimes in the UK. (Guardian, 3 March 2018)

21 February: Ravneet Singh, a Sikh man, waiting at Portcullis House in London, is attacked by a man shouting ‘Muslim go back’ who then tries to remove his turban. (Independent, 21 February 2018)

2 March: A Pakistani immigrant is brutally attacked outside his home in the Finnish city of Vantaa. He suffers multiple fractures of the skull from an axe blow and other serious injuries resulting from stab wounds to his body and head. (Migrant Tales, 2 March 2018)

5 March: Hundreds of Senegalese people take to the streets of Florence to protest the murder of 54-year-old street vendor Idy Diene, who was killed by a 66-year-old Italian man. (Ansa, 5 March 2018)

19 February: Andrew Littlefair, 50, admits six offences of publishing threats to stir up racial hatred at Teesside Crown Court and is jailed for twenty months. He called Islam a ‘disgusting disease’ before saying that mosques should be burned down and posting about wanting to shoot Muslims. (Metro, 19 February 2018)

2 March: Paul Moore, 21, who hit 12-year-old Zaynab Hussein with his car in Leicester in September 2017, is convicted of attempted murder at Nottingham Crown court. Ms. Hussein was thrown into the air in the attack, Moore then drove over her, causing severe fractures to her pelvis and spine, and a broken leg. Sentencing is adjourned to a later date. (Guardian, 2 March 2018)

7 March: A court in eastern Netherlands reduces the sentences of four Dutch men convicted of arson with ‘terrorist purpose’ for an attack on a mosque in Enschede in 2015. The appeals court issues a statement saying that the purpose of the action was to frighten people and the act of throwing Molotov cocktails had not endangered anyone either inside or outside the mosque. (The Muslim News, 7 March 2018)