25 May: A 71-year-old man and 69-year-old woman are racially abused in Irvine by a man who asks if they have ‘bombs’. Craig Sharpe, 45, is later charged with acting in a racially aggravated manner. (Daily Record, 5 June 2017)

25 May: A Syrian family living in Tillicoultry, Clackmannanshire have the window of their home broken with a brick in the early hours of the morning. (Daily Record, 1 June 2017)

28 May: 21-year-old James Imray is accused of being a ‘terrorist’ and punched in the head and kicked by two white men in Hartlepool. (ITV, 6 June 2017)

31 May: A white man racially abuses the staff of the Taste Budz takeaway in Stirling. (East Lothian Courier, 2 June 2017)

1 June: Kirsty Richards, 25, is given a four-week prison sentence, suspended for 12 months, a 16-week curfew and a 12-month restraining order and ordered to pay compensation after admitting five assaults on men in Burton, Staffordshire, two of which were racially aggravated. (Burton Mail, 1 June 2017)

1 June: For the first time, German law enforcement releases specific data on ‘anti-Islamic crimes’. In the first quarter of 2017, 208 verbal and physical attacks on Muslims and their property were recorded, with fifteen attacks on mosques, religious centres and graveyards also reported. (Deutsche Welle, 1 June 2017)

2 June: It is announced that Kent Police is to review its response to a Jewish family who reported a racist attack on a beach at the Isle of Sheppey on 28 May. (Evening Standard, 2 June 2017)

2 June: A policeman suffers facial injuries in a racist attack outside a Phil Collins concert in Liverpool; a man is arrested on suspicion of racially aggravated public order offence and grievous bodily harm. (Liverpool Echo, 5 June 2017)

3 June: Police seek two women who attacked another woman at Gulliver’s Land in Milton Keynes, kicking her in the head and stamping on her. (Citiblog, 7 June 2017)

3 June: A 33-year-old woman paddling at Hilsea Lido with her family is racially abused, shoved and slapped by a white woman. (ITV, 8 June 2017)

4 June: Sutton Islamic Centre has racist graffiti, ‘Terrorize your own country’ and ‘Go away,’ daubed on its walls. (Metro, 5 June 2017)

4 June: Stones are thrown at the premises of the Islamic Association of Lincoln. (The Lincolnite, 6 June 2017)

6 June: Paul Hepplestall is charged with inciting racial hatred and remanded in custody after a video posted on social media shows him holding a fake grenade and threatening to blow up mosques. (Liverpool Echo, 6 June 2017)

6 June: Two men, aged 30 and 40, are arrested after threatening to kill Muslims with knives near a mosque in Bristol. (Bristol Post, 7 June 2017)

7 June: Two teenagers are accosted on the street in Swansea by two drunk white men who ask ‘Why don’t you care about the Manchester attacks?’ (Wales Online, 12 June 2017)

7 June: A family is reportedly driven from their home following a series of racist attacks including a knife being held to the throat of a 10-year-old girl as she played in a local park. (Loughborough Echo, 7 June 2017)

7 June: Two 45 year-olds, a woman from Evesham and a man from Worcester, are arrested on suspicion of inciting racial hatred after a Koran is burned in a video posted online. (Metro, 9 June 2017)

8 June: A man is arrested after shouting ‘F***ing Jews, kill all the Jews, what are you doing here’ outside a polling station in Hackney. (Jewish News, 9 June 2017)

8 June: A woman is seen singing ‘Vote Labour, let’s get the Jews out’ at a polling station in Borehamwood. (This is Local London, 8 June 2017)

8 June: A woman is racially abused by a man who makes a strangling gesture towards her on board a train between Kidderminster and Worcester. A 33-year-old Worcester man is later arrested. (Evesham Journal, 15 June 2017)

9 June: Rehman Chishti, MP, is racially abused at the election count which returns him as MP for Gillingham and Rainham. (Kent Online, 13 June 2017)

9 June: Pensioner Shirley Colley, 72, is found guilty of using racially aggravated words with intentional harassment, receiving a 12-month conditional discharge and is ordered to pay £150 costs and a £20 victim surcharge, after telling her Polish neighbours in Wrexham she wished Adolf Hitler was still alive. (LeaderLive, 9 June 2017)

10 June: Seven Northampton taxi drivers are racially abused by two white men as they are parked at a rank. (ITV, 12 June 2017)

10 June: A Penzance man is widely criticised for posting a picture of five Muslim men visiting the area to raise funds for charity and suggesting the town could be targeted by terrorists. (Mirror, 10 June 2017)

11 June: Shahina Patel is racially abused while travelling on a train between London and Manchester; the man blames her for the Manchester attack. (NWE Mail, 14 June 2017)

11 June: A Muslim woman in her car with her two children is racially abused, has water thrown over her and is punched through the open window of her car while sitting in traffic in Lozells, Birmingham. (Birmingham Mail, 12 June 2017)

11 June: A poster is stuck on the window of a shop in Liverton Mines, east Cleveland, alleging the owner is connected to the Manchester bombing. (Asian Image, 11 June 2017)

12 June: Nathan Richardson is jailed for life, to serve a minimum of 19 years, for the murder of 67-year-old Wenqing Xu on a Preston street on New Year’s Day. Richardson stripped and beat the pensioner and dragged him through the street, later boasting in texts: ‘F****d sum ch**k up’. (Guardian, 12 June 2017, Resonate, 13 June 2017)

12 June: Emma O’Connor, 38, is found guilty of harassment and two counts of racially aggravated harassment of her neighbours Adrian and Sally Fadzilah between August 2015 and October 2016; she receives a suspended sentence and an indefinite restraining order. The judge criticises the housing association, Rykneld Homes, for failing to act earlier. (Derbyshire Times, 13 June 2017)

30 May: The Spanish municipality of Murcia bans the neo-nazi ‘Lo Nuestro’ group from operating a food bank for ‘Spanish families only’, saying that public space cannot be used for the promotion of hatred and xenophobia. (Euro Weekly News, 30 May 2017)

3 June: Far-right groups including the EDL hold a demonstration in Liverpool, which is met by a large counter-demonstration playing the Benny Hill theme music to see them out of the city. 12 people are arrested for offences under the Public Order Act. (Liverpool Echo, 4 June 2017)

4 June: The French far-right Génération Identitaire claims to have raised €73,000 in less than three weeks through its crowdfunding ‘defend Europe’ campaign aimed at stopping rescue boats in the Mediterranean. The group claims to have temporarily stopped a rescue boat carrying migrants in May. (Guardian, 4 June 2017)

8 June: Dutch prosecutors reject the request from Austrian authorities to prosecute MP Geert Wilders from the far-right Freedom Party (FPO). The request is for comments made in 2015 at a gathering of the FPO where he told the audience that ‘Islam is an ideology of war and hatred’ that ‘call on people to become terrorists’. (The Local, 8 June 2017)

10 June: UK Against Islamic Hate, led by ex EDL leader Tommy Robinson, aka Stephen Yaxley-Lennon, hold a ‘silent’ march in Manchester to ‘honour the victims of hate’. The march descends into chaos when a marcher waves a pig’s head and marchers clash with anti-fascists. Eight people are arrested (Manchester Evening News, 11 and 12 June 2017)

12 June: The Daily Record and The Ferret publish an expose on activists of Scottish Dawn, a new organisation recruiting in Scotland, who are linked to the proscribed National Action group. (Daily Record, The Ferret, 12 June 2017)

6 June: The EU Ombudsman investigates a complaint that the EU’s own European Asylum Support Office fails to respect basic standards of fairness in its assessment of asylum claims at Greek hotspots. (Statewatch/ European Centre for Constitutional and Human Rights, 6 June 2017)

7 June: The Children’s Legal Centre publishes a guide: Securing permanent status: Existing legal routes for children and young people without leave to remain in the UK, download a copy here. 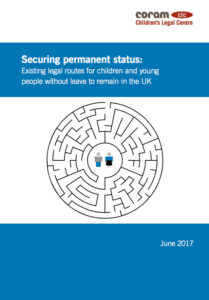 9 June: Coordinated demonstrations in Vienna, Graz and Salzburg protest the continuing deportations to Afghanistan despite the latest bomb attacks which killed 90 in Kabul. (AYS, 9 June 2017)

10 June: It is reported that two Bulgarians and an Afghan have been arrested for trafficking after a minibus crashed in Bulgaria a week before, killing ten migrants who were passengers. (AYS, 10 June 2017; Sofia Globe, 4 June 2017) 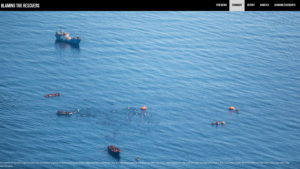 10 June: Watch the Med co-founders publish a report, Blaming the rescuers: criminalising solidarity, re-enforcing deterrence, on the criminalisation of rescue in the Mediterranean. Read it here.

11 June: As Sweden continues to return Afghan nationals, a young Afghan man deported from Sweden in May is reported killed in a bomb attack in Kabul. (Blank Spot, 11 June 2017)

12 June: The European Commission announces infringement proceedings against Hungary, Poland and the Czech Republic, for their failure to take any asylum seekers allocated to them. (EU Observer, 13 June 2017)

12 June: No Deportations wins a complaint against the Home Office for its failure to release information on the ‘Number of reported food refusals across the detention estate’ under the Freedom of Information Act. (No Deportations, 12 June 2017)

14 June: The Supreme Court rules that ‘deport first, appeal later’ is unlawful unless arrangements are made to ensure that appeals from abroad can be effective. (Supreme Court, 14 June 2017)

1 June: Police violence towards volunteers in Calais continues to escalate with reports of riot police preventing the distribution of clothes and food as well as physically and verbally assaulting volunteers. (AYS, 1 June 2017)

7 June: The Chair of Amnesty International, Taner Kilic, is arrested in Turkey. He has been critical of Turkey’s treatment of refugees, arguing that Turkey fails to meet international obligations under the 1951 Refugee Convention. (Legal Centre Lesbos, 7 June 2017)

9 June: Sergeant Steven Neal is sacked from Northamptonshire police following a fast-track misconduct hearing, for using abusive and racist language, using a breathalyser without authority and remaining on duty while under the influence of alcohol. (Northampton Chronicle, 9 June 2017)

14 June: The Crown Prosecution announces that no police officers will face charges in connection with the shooting of Jermaine Baker in December 2015, as there is no realistic prospect of a conviction. Baker’s family are critical of the decision. (Guardian, 14 June 2017)

9 June: Paul Nuttall stands down as leader of Ukip after his party’s poor results at the general election. (Guardian, 9 June 2017)

9 June: A Forth and Endrick councillor suspended from the Conservative Party for alleged racist comments is later seen canvassing for the Conservatives. (Daily Record, 9 June 2017)

June: The Government Equalities Office is carrying out a public consultation on: ‘Caste in Great Britain and equality law’. View documents and details about how you can respond here, it closes on 18 July 2017.

2 June: A report by the Trades Union Congress finds that workers who come from ethnic minorities are much more likely than white workers to be in insecure jobs with zero-hours contracts. (Guardian, 2 June 2017)

2 June: The Institute for Government reveals that BAME civil servants are still underrepresented in the Civil Service. (Public Finance, June 2017)

31 May: Basildon Council is fined £150,000 by the Information Commissioner for publishing sensitive personal information about Traveller families in the area. (BBC News, 31 May 2017)

12 June: A serious case review into the death in August 2012 of 36-year-old Valan Pitts, aka Cheng Somers, who suffered from mental health problems, reveals a catalogue of errors that led to his death, and failures by a number of services including the police, ambulance service and mental health services. (Plymouth Herald, 12 June 2017)

30 May: The German website Hoaxmap claims that over the last year it has recorded at least 250 fake stories about refugees, most involving false claims about robbery, theft and rape, but also stories of refugees eating swans and desecrating graves. Migration Voter also notes a pattern of false stories involving fake claims about the sexual harassment of women. (Newsweek, 30 May 2017)

13 June: A senior coach of the British Olympic bobsleigh team is accused of racism by a number of athletes. (BBC News, 13 June 2017)