17 July: Nearly 100 refugees are evacuated from Quinto di Treviso, Italy, after two days of protests that saw local residents and members of the far-right Casa Pound storm the refugees’ accommodation and set fire to their furniture and belongings in the street. A bus carrying 19 refugees to accommodation on the outskirts of Rome is also attacked with rocks and chairs by protesters including Casa Pound members, who form a roadblock to prevent it from entering the town. (The Local, 17 July 2015)

18 July: A 14-year-old boy is held on suspicion of racially-aggravated assault after a man is struck on the head with a metal bar in Wallasey. Around fifteen teenagers were reportedly throwing objects and racially abusing a family. (Liverpool Echo, 24 July 2015)

19 July: The mother of racist murder victim Anthony Walker speaks of her anguish after his killer applies to have his sentence cut. (Liverpool Echo, 19 July 2015)

22 July: A former policeman is among a group of Chelsea fans banned from football matches for five years for racially abusing and pushing a black commuter off a Paris Metro train earlier this year. (Voice, 22 July 2015)

23 July: Three men are convicted of carrying out a violent racist attack on a man from Dubai in Edinburgh last year during which they repeatedly punched and kicked the man to his head, attacked him with a baton and bottle, and left him with life-threatening injuries. (BBC News, 23 July 2015)

27 July: Rainer Wendt, head of the German Police Union, wants a ban on demonstrations within a kilometre of refugee accommodation centres, saying that ‘people who flee persecution have the right not to look into the faces of those throwing stones’. In Dresden, a mob attacked a refugee tent city with stones over the weekend, even attacking Red Cross workers. And a refugee family had to flee their apartment in Brandenburg an der Havel after it was set on fire. (The Local, 27 July 2015)

28 July: Andrew Jefferson, 53, is given a life sentence and ordered to serve a minimum of ten years for stabbing Hilmi Uludag – a worker at an off licence in London – in a racist attack in October last year which severed the nerves in his face and left him needing stitches on his throat. (Ham & High, 28 July 2015)

19 July: Police in London are criticised for including activists from the city’s Occupy protests with al Qaida in a presentation being given to prepare nursery and primary school staff for potential terrorist attacks on the UK. (Guardian, 19 July 2015)

19 July: The Met launches an investigation into allegations that its officers used a ‘secret’ Facebook group to air racist views about Gypsies and Travellers. (Independent, 19 July 2015) 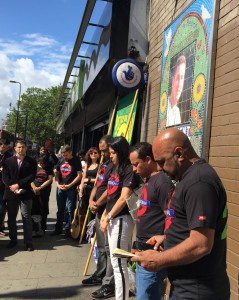 22 July: Family and friends of Jean Charles De Menezes gather at Stockwell tube station, ten years after he was shot dead on the tube by armed police. (Huffington Post, 22 July 2015)

23 July: The IPCC publishes its annual report on deaths during or following police contact in 2014/15. Download it here.

23 July: The IPCC delays again its report into how Julian Cole’s neck was broken after contact with six police officers in the street more than two years ago. (Guardian, 23 July 2015)

25 July: New medical evidence suggests that Sheku Bayoh, the Sierra Leonean man killed in police custody in Kirkcaldy earlier this year, may have died from asphyxiation after being held face down by at least four officers, his family’s lawyer says. (Guardian, 25 July 2015)

26 July: Newly disclosed documents reveal that a secret Scotland Yard review of an undercover unit at the heart of the controversy over long-term infiltration of political groups concluded that the squad had been shut down because it broke official rules. (Guardian, 26 July 2015)

30 July: A 17-year-old boy, Jack Susianta, dies after falling into a canal in east London after being chased by police officers, who were seeking him after his parents raised concerns for his welfare. (Guardian, 30 July 2015)

16 July: A former MI5 agent claims that the agency was so short on non-white staff that one team leader considered ‘blacking up’ as an option to gain access to Muslim targets. (Huffington Post, 16 July 2015)

23 July: The Independent reports on the plight of a 54-year-old Border officer who lost his job days after returning from a holiday in Pakistan because he was deemed a national security risk. The man known only as ‘C’ has fought an unsuccessful seven-year battle through the courts to find out why he was sacked. (Independent, 23 July 2015)

29 July: Two convicted terrorists were illegally held in solitary confinement for prolonged periods in prison, the supreme court has rules. The men were kept in segregation for almost six months. (Guardian, 29 July 2015) 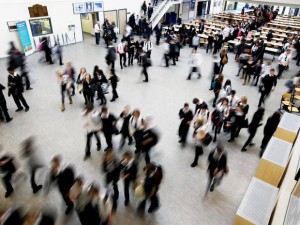 21 July: The Guardian publishes a letter from educationalists concerned with the prevent strategy and its impact on children, their families and the teachers that have to implement the policy. (Guardian, 21 July 2015)

29 July: The Supreme Court rules against a blanket rule excluding non-UK citizens from applying for student loan funding for higher education. The ruling could have implications for hundreds of others. (Guardian, 29 July 2015)

15 July: The Czech prime minister Bohuslav Sobokta describes as ‘absurd’ the arrest of six leftwing demonstrators protesting against an anti-immigration rally in Prague where rightwing demonstrators waved gallows and nooses, calling for them to be used against ‘all traitors of the nation’. Lawyers also criticise the police for failing to arrests those carrying gallows and nooses, claiming that they had not broken the law. (The Conversation, 15 July 2015).

18 July: Ten arrests are made at a joint demonstration held by twenty rightwing groups in Rotherham, held to protest against the council’s attempts to get further marches banned and restrictions imposed. (Sheffield Star, 18 July 2015)

24 July: Former EDL leader Stephen Yaxley-Lennon is released from prison just over a week after he was recalled to HMP Peterborough for breaching the terms of his release licence. (Luton on Sunday, 24 July 2015)

27 July: The car of Michael Richter, chair of Die Linke in Freital on the outskirts of Dresden, is blown up in an explosion outside his house. Freital is the centre of PEGIDA-style protests against asylum seekers and Richter’s pro-refugee work led to him receiving death threats from the far Right. (The Local, 27 July 2015)

28 July: The EDL announces that it will oppose a demonstration organised by the campaign group Folkestone United in August to ‘stand with the Calais migrants’. (Kent Online, 28 July 2015)

28 July: 15,000 people demonstrate in Helsinki against the anti-immigration statements posted on Facebook by the prominent Finns Party MP Olli Immonen and to voice their support for the multicultural society. Immonen had warned against the ‘Islamisation of Finland’, adding that ‘I’m dreaming of a strong, brave nation that will defeat this nightmare called multiculturalism’ and ‘We will fight until the end for our homeland and one true Finnish nation. The victory will be ours.’ The fact that his comments were made close to the anniversary of Breivik’s massacre of 77 people in Oslo was deplored. (Reuters, 28 July 2015) 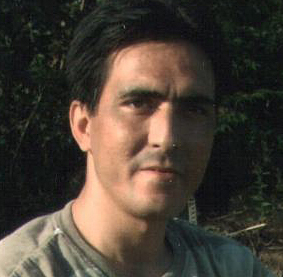 21 July: It is revealed that a short film titled Murderous Injustice, about the murder of Bijan Ebrahimi in Bristol in 2013, will premiere later this year. (Bristol Post, 21 July 2015)

27 July: Ofcom backs a BBC Trust decision not to censure the BBC over using the word ‘p***y’ in an edition of Top Gear after a complaint by the Traveller Movement. (BBC News, 27 July 2015)

15 July: Staff at Yarl’s Wood immigration removal centre who confiscated a legal self-help guide on resisting deportation are ordered by the Home Office to return copies to detainees. (Guardian, 15 July 2015)

15 July: A spokesman for the Czech interior ministry says that the government will oppose the reallocation of migrants within the EU unless it can have a say in selecting those refugees ‘from countries in which we will be able to send our own people’. (Prague Daily Monitor, 15 July 2015)

17 July: HM Inspectorate of Prisons and Her Majesty’s Inspectorate of Constabulary publishes a joint inspection: Report on an announced inspection of Border Force customs custody suites in England and Scotland, 2 – 13 February 2015. Download it here.

17 July: Thousands of asylum seekers with children will have to live on £73.90 a week from August as a result of cuts of up to 30 per cent in their support payments, the Home Office announces, with ministers claiming that families with children in particular receive ‘significantly more cash than is necessary’. (Guardian, 17 July 2015)

17 July: A Doctors Without Borders rescue boat carrying around 700 migrants is prevented from landing in Sicily, with the Italian authorities citing a ‘lack of capacity in the Italian (migrant) reception system’, and is forced to continue travelling to the southern tip of Italy. (The Local, 18 July 2015)

20 July: Home secretary Theresa May failed to protect three suspected victims of trafficking who were locked up in an immigration detention centre, a high court judge rules. (Guardian, 20 July 2015)

22 July: Immigration officers conducting a raid in east London have the tyres of their van slashed and are pelted with eggs. (Wharf, 27 July 2015)

23 July: The Children’s Society finds that the removal of legal aid for most immigration cases means that thousands of children, including those in local authority care, are at risk of being sexually abused or exploited because their immigration status cannot be resolved. (Family Law Week, 23 July 2015) 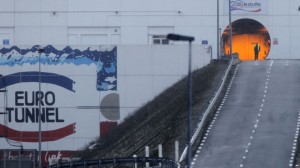 24 July: The body of a teenage migrant is discovered on a train at the Channel Tunnel terminal in Folkestone. (Kent News, 24 July 2015)

24 July: The House of Commons Home Affairs Committee publishes a report: The work of the Immigration Directorates: Calais: Government Response to the Committee’s Eighteenth Report of Session 2014–15. Download it here (pdf file, 380kb).

24 July: The House of Lords European Union Committee publishes: The United Kingdom opt-in to the proposed Council Decision on the relocation of migrants within the EU. Download it here (pdf file, 239kb).

28 July: One of four men accused of attempting to smuggle thirty-five immigrants into the UK in a shipping container last year, in which one man, Meet Singh Kapoor, died, is found not guilty. One of the men has already been found guilty, and the jury has yet to decide on two other men. (BBC News, 28 July 2015)

28 July: Phil Miller of Corporate Watch reports on the deportation of men with strong family ties to the UK via ‘ghost flights’, leaving pregnant partners and young children behind. (Open Democracy, 28 July 2015)

28 July: A Sudanese man dies as he tries to enter the Channel Tunnel in Calais. According to the French police, he was ‘probably crushed by a truck’. (BBC News, 29 July 2015) 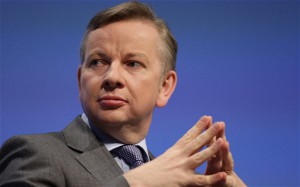 29 July: Government hopes of quickly restarting the detention of asylum seekers under its fast-track process are dealt a serious blow by the loss of a court of appeal challenge brought by the justice secretary, Michael Gove. (Guardian, 29 July 2015)

23 July: The High Court rules that the Charity Commission will face a judicial review of its decision to pressure charities not to fund advocacy group Cage. (Civil Society, 23 July 2015)

26 July: The Conservative budget risks making millions of people from BAME communities poorer at a faster rate than their white counterparts, a study by the Runnymede Trust finds. (Guardian, 26 July 2015)

we must resolve issues in amicable way