15 January: The Independent recounts the story behind the death of Pawel Koseda, a homeless Polish migrant, who was found dead impaled on the railings of a church in Kensington in October 2014. (Independent, 15 January 2015)

18 January: Police will exercise tighter controls over those with unpaid bills attempting to travel overseas, potentially banning people from going on holiday, it is revealed. (Akashic Times, 18 January 2015)

21 January: An academic study of media coverage of asylum and immigration issues finds that over the last ten years the UK press ‘appears to have been complicit in the narrowing of a discussion that is now characterised by an increasingly negative tone’. (New Statesman, 21 January 2015)

21 January: A recently constructed metal fence in Calais, built to deter immigrants, blows over for the second time in weeks due to high winds. (Folkestone Herald, 21 January 2015)

22 January: More than 45,000 people sign a petition calling for the family of Andrea Gada, a girl from East Sussex who died in December 2014, to be allowed into the UK from Zimbabwe to attend her funeral. (BBC News, 22 January 2015)

23 January: A leaked report reveals that more than 19,000 people were apprehended during ‘Mos Maiorum’, the Europe-wide joint police and border guard operation that took place over two weeks in October 2014. (Statewatch, 23 January 2015)

29 January: Asylum seekers being moved out of the Red Road flats in Glasgow earlier this month have not been found permanent homes. (STV, 29 January 2015)

17 January: The family of Mark Grainger, who was shot dead by police in Culcheth, near Leigh in 2012, call for a public inquiry into his death after charges against the Chief Constable of Greater Manchester Police, Sir Peter Fahy, are dropped. The CPS refused to reveal secret evidence at his trial under health and safety laws. (Bolton News, 17 January 2015) 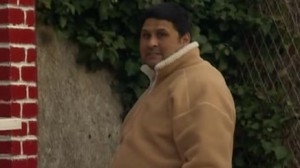 18 January: It is reported that police have refused to release a tape (pending ongoing investigations) which is alleged to contain racist comments made by police officers who allegedly assaulted autism sufferer Faruk Ali in Luton. (Luton on Sunday, 18 January 2015)

22 January: Ministry of Justice figures reveal that prison suicides in England and Wales have risen to the highest level for seven years, with 82 prisoners taking their own lives last year. (Guardian, 22 January 2015)

22 January: Metropolitan police officer Warren Luke is cleared of actual bodily harm after kicking and hitting a black mother in a hospital, leaving her with more than 40 injuries, needing plastic surgery and unable to work for a year. (Guardian, 22 January 2015)

22 January: An IPCC investigation is launched into the death of Tobias Terpilowski-Gill, 26, who fell from a balcony in Kilburn in December after being handcuffed by the police. (Brent & Kilburn Times, 22 January 2015) 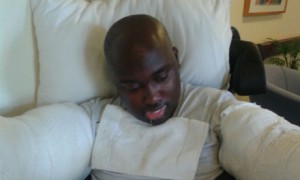 26 January: The family of Julian Cole, a 21-year-old athlete, who blame excessive police force for leaving him with a broken neck after he was detained in Bedford, have condemned the lack of progress made by the IPCC. They claim that they are no clearer as to what happened 20 months after the incident. (Guardian, 26 January 2015)

14 January Mohamed El Makouli, a 47-year-old Moroccan man, dies after being stabbed seventeen times by his neighbour who broke into his home in the village of Beaucet, near Avignon, in the early hours of the morning, shouting ‘I am your god, I am your Islam’. (Independent, 16 January 2015)

19 January: John Reid, who in 2010 was given a five-year custodial sentence for his part in the culpable homicide of Chinese takeaway delivery driver Simon San, in Edinburgh, is returned to prison after breaking the conditions of his early release. (Daily Record, 19 January 2015)

19 January:  Information gained from Freedom of Information requests reveals that there were 46 racially motivated assaults in schools in Glasgow last year, more than double the number than the previous year. (Glasgow Evening Times, 19 January 2015)

21 January: More than 200 residents attend an anti-racism demonstration in Mold, to show solidarity with Sarandev Bhambra, a man who was left with ‘serious life-changing injuries’ after being attacked by a man shouting ‘white power’. (News North Wales, 22 January 2015)

22 January: North Somerset Council reveals that of 157 letters of objection it has received about the proposed building of a local mosque, 97 per cent have been ignored after being considered to be racist. (Cheddar Valley Gazette, 22 January 2015)

22 January: The 26-year old compatriot and roommate of Khaled Idris Bahray, an Eritrean asylum seeker found dead outside his asylum reception centre on 12 January in Dresden, has confessed to his murder, according to the police. (Taz.de, 23 January 2015)

26 January: Four teenagers plead guilty to the racially aggravated assault of a Jewish man in Gateshead. The teenagers chased the man, threw wood at him and surrounded him, before a friend intervened. Before the attack, one of the teenagers sent a text message saying he was going ‘Jew bashing’. (North East Chronicle, 26 January 2015) 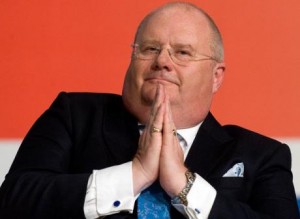 21 January: Eric Pickles has been illegally discriminating against Gypsies and Travellers by using ministerial powers to personally decide whether they should be allowed to settle on green belt land, the High Court rules. (Travellers’ Times, 21 January 2015)

19 January: Far-right group Britain First restarts its campaign of what it calls ‘Christian Patrols’ in east London, in the wake of the Charlie Hebdo shootings in Paris. (Independent, 19 January 2015)

26 January: Neo-nazi Golden Dawn, the leaders of which are in prison awaiting trial, win 6.3 per cent of the vote in the Greek elections. It is the third largest political party in the 300-member parliament, with 17 seats. (Bloomburg, 25 January 2015)

19 January: The Muslim Council of Britain objects to a letter from the communities secretary, Eric Pickles, asking Muslim leaders to ‘explain and demonstrate how faith in Islam can be part of British identity’. (Guardian, 19 January 2015)

27 January: It is reported that a UKIP general election candidate, Donald Grewar, is being investigated by the party over web messages backing far-right groups. (BBC News, 27 January 2015)

27 January: The family of teenager Alice Gross, who was abducted and murdered by a recent migrant to Britain driven by a sexual motive, stress they do not want their daughter’s death exploited by anti-immigration groups. (Guardian, 27 January 2015)

25 January: A multi-faith rally is held in Birmingham, to show unity in the wake of claims by a Fox News US TV pundit that the city is a ‘no-go zone’ for non-Muslims. (BBC News, 25 January 2015)