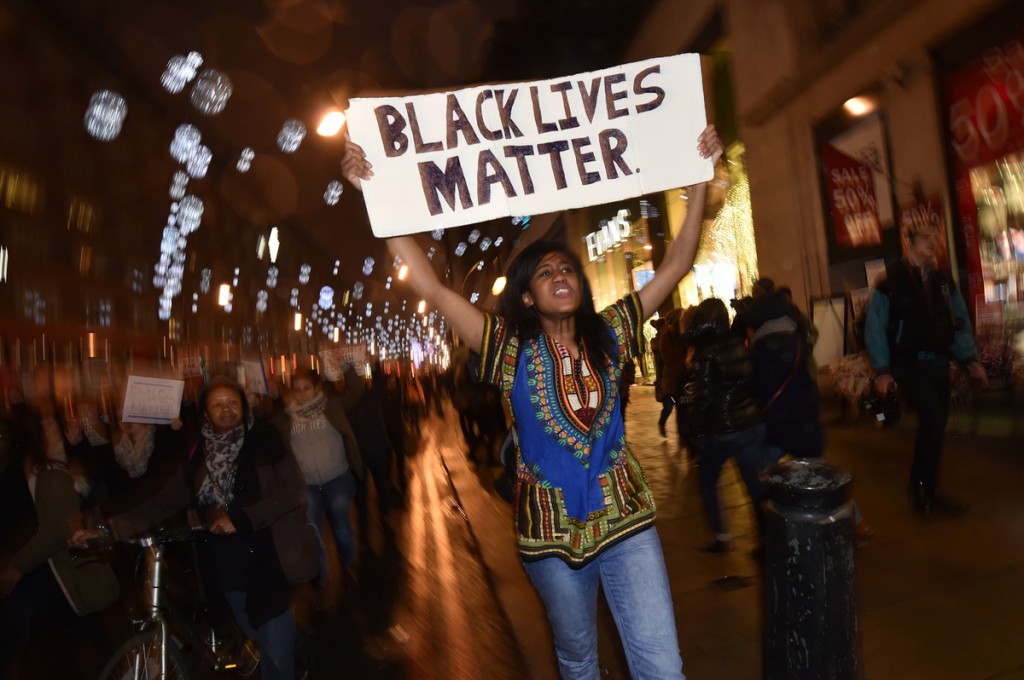 14 November: It is revealed that an unnamed language analyst working for Swedish firm Sprakab, is a convicted drug smuggler whose expert reports have been used to refuse asylum to hundreds in the UK. (Independent, 14 November 2014; for background on Sprakab, see also IRR News, 7 August 2014)

15 November: The Church of England calls on the government to end the indefinite detention and ‘legal limbo’ of people in immigration removal centres. (Observer, 15 November 2014)

17 November: Some of the jurors in the trial of three G4S officers for the manslaughter of Jimmy Mubenga try on handcuffs and sit in mocked-up seats at the Old Bailey with their hands cuffed behind their backs. (Guardian, 17 November 2014)

17 November: Nearly fifty undocumented migrants residing in a squat in Brussels launch a hunger strike in a bid to become regularised, with one migrant stating that: ‘We must always work in secret and are always exploited. We always have to move and live in uncertainty.’ (DH.be, 23 November 2014)

20 November: Two men, stowed away on a lorry in Dunkirk, burn to death after an explosion in the trailer as it passes through customs at the ferry terminal. (Daily Mail, 20 November 2014)

22 November: Concerns are raised after plans are revealed to house asylum seekers on an industrial site in Glasgow after the Red Road flats are demolished. (Glasgow Evening Times, 22 November 2014)

23 November: Cutbacks are made to the mental healthcare provision at Yarl’s Wood immigration removal centre, despite demands from campaigners for mentally ill women not to be detained at all. (Bedfordshire on Sunday, 23 November 2014)

24 November: The Home Office is criticised for awarding Serco a £70 million contract to run Yarl’s Wood removal centre in Bedfordshire, despite allegations of sexual misconduct and mistreatment at the centre. (Independent, 24 November 2014)

24 November: A visitor to people held in immigration removal centres recounts his experiences visiting the vulnerable, including his dealings with a man who suffered a broken neck after a self-harm attempt. (Open Democracy, 24 November 2014)

26 November: John Vine, the head of Britain’s immigration watchdog, reveals in a letter to senior MPs that Theresa May is delaying the publication of reports criticising the asylum system. (Guardian, 26 November 2014)

27 November: The Scottish Refugee Council expresses concerns that Serco failed to consult with the local community of Lambhill, over plans to move at least 300 people, including those from conflict zones, to converted offices in the area. (Herald Scotland, 27 November 2014)

10 November: Mark Colbourne, an alleged neo-Nazi, appears in court charged with offences under the Terrorism Act, to which he pleads not guilty. (Daily Echo, 10 November 2014)

14 November: An army veteran robbed of his medals in Keighley, west Yorkshire accuses the BNP of being ‘shameful’ after they use the robbery for campaigning. (Independent, 14 November 2014)

22 November: Around 400 EDL supporters attend a demonstration in Luton; six people are arrested but later released without charge. (Luton on Sunday, 22 November 2014)

10 November: The High Court in Edinburgh considers the possibility of charging three men, who were all previously cleared, with the murder of Surjit Chhokar in Lanarkshire in 1998. (BBC News, 10 November 2014)

12 November: The High Court awards Sunita Sisangia, who was arrested by police in Wembley, legal aid to sue the police for false imprisonment. She had already been denied legal aid and appealed against the decision. (Guardian, 12 November 2014)

15 November: The IPCC threatens the Times newspaper over ‘misleading’ allegations in an article on the shooting of Mark Duggan. (Voice, 15 November 2014)

18 November: The Home Secretary announces plans to reform the police disciplinary system, which include proposals to hold disciplinary hearings in public. (Guardian, 18 November 2014)

24 November: The Crown Prosecution Service announces that there is insufficient evidence to charge an unnamed man in connection with the murder of Stephen Lawrence. (Guardian, 24 November 2014)

25 November: Six Metropolitan police officers accused of responding to an offer of assistance from an off-duty black firefighter by abusing him, dragging him from his car and shooting him with a Taser should face disciplinary charges for possible racial discrimination, the IPCC says. (Guardian, 25 November 2014)

26 November: The trial of two police officers, Christopher Thomas and Christopher Pitts, begins at Aylesbury Crown Court. The two PCs, who reportedly chased an autistic man for ‘fun’, have collectively been charged with racially aggravated assaulted, perverting the court of justice and misconduct in a public office. (BBC News, 26 November 2014)

26 November: A protest is held outside the US embassy in London, in solidarity with the community of Ferguson, Missouri, who demonstrate against a grand jury decision not to prosecute the police officer who fatally shot Michael Brown. (Guardian, 26 November 2014)

20 November: It is announced that Steve McQueen is to film a biopic on Paul Robeson. (Independent, 20 November 2014)

15 November: Academics at Oxford University sign a letter opposing the expansion of Campsfield House removal centre. (This is Oxfordshire, 15 November 2014)

20 November: A teenage Down’s Syndrome sufferer, Abdul Al-Faisal, has his criminal record expunged after an online petition campaign. The teenager was arrested and detained after he went to his Haringey school, after hours, to retrieve a cap. (Voice, 20 November 2014)

13 November: Riot police are drafted into the working-class neighbourhood of Tor Sapienza, on the outskirts of Rome, following several days of violence against asylum-seekers. Far-right activists, chanting ‘Il Duce’, joined local protestors, with the violence leading the evacuation of teenagers from a centre for unaccompanied minors. (Guardian, 13 November 2014)

18 November: Four men in Blackpool are jailed for a total of more than three years over the throwing of a pig’s head into the grounds of a mosque two days after the murder of soldier Lee Rigby. (Blackpool Gazette, 18 November 2014)

20 November: Research by the German Parliamentary Human Rights Commission reveals that in 88 per cent of attacks on mosques from 2001 to 2014 the perpetrators went unpunished. (Islamophobia Watch, 20 November 2014)

25 November: Three men in Brighton are given prison sentences for a racist attack on an eastern European man and a homophobic attack on another man soon after. Both victims were hospitalised as a result of the attacks. (Brighton & Hove News, 25 November 2014)

25 November: A father of five in Wigan tells journalists that his family is living in fear as a result of a campaign of racist harassment by local youths. (Wigan Today, 25 November 2014)

18 November: It is announced that former Conservative councillor Alan Mellins will not be charged following remarks about Travellers at a council planning meeting in Windsor and Maidenhead. (Windsor Observer, 18 November 2014)

19 November: Former Tory MP and now a Ukip candidate, Mark Reckless, is accused of using the language of forced repatriation during his campaign in Rochester. (Guardian, 19 November 2014)

24 November: The government’s new anti-terrorism bill, with measures which include plans to threaten schools and universities with legal action if they fail to ‘address child radicalisation’, is described by campaigners as a ‘chilling recipe for injustice’. (Independent, 24 November 2014)

24 November: An unnamed Somali man loses his case at the High Court; he had complained that a TPim imposed on him was ‘degrading and inhuman’. (BBC News, 24 November 2014)