12 January: Somali asylum seekers and riot police clash in Florence as Somalis stage a sit-in at the offices of the local prefecture, protesting the death of Ali Muse, a 44-year-old Somali man who died in a fire at an abandoned plant used as a shelter in Sesto Fiorentino, near Florence. (Banadir Post, 12 January 2017)

12 January: 100 organisations in France sign a national appeal against the crime of solidarity, with an online petition and legal defence fund, as more prosecutions begin of those helping migrants cross the border from Italy. (Passeurs d’hospitalités, 15 January 2017)

16 January: The body of a man is found near the Turkish border in Greece. He is believed to have died of hypothermia over the weekend, and is the second person to die in the area in two weeks. (Harekact, 16 January 2017)

17 January: A pilot scheme requiring patients at twenty NHS hospitals to show their passports and utility bills to prove they are eligible for treatment has been launched by the Home Office and NHS Improvement to combat ‘health tourism’, it is revealed. (Independent, 17 January 2016)

18 January: Hungarian police recruit their first batch of secondary school students to act as ‘border hunters’, claiming that they are volunteering in their droves to help patrol the borders. (Express, 18 January 2017)

18 January: It is revealed that only two Syrian refugee families have been resettled under the government’s community sponsorship scheme, six months after it was unveiled, because of Home Office delays in processing sponsorship applications. (Guardian, 18 January 2017)

18 January: The number of EU nationals being detained in removal centres has increased fivefold since the Tories came to power, statistics show. (Independent, 18 January 2017)

20 January: Human Rights Watch reports that Croatian police are beating refugees they find inside the country and forcibly removing them to Serbia, which UNHCR says is not safe, without allowing them to claim asylum. (HRW, 20 January 2017)

20 January: The High Court declares invalid the 2005 rules under which fast-track asylum appeals were brought, meaning that several thousand refused asylum seekers may apply to set aside dismissed appeals and have them reheard. (Guardian, 20 January 2017)

21 January: The Italian Red Cross says it will not manage any of the new CIEs (centres for identification and expulsion) because of the lack of respect for residents’ basic human rights in the centres. (Tgcom24, 22 January 2017)

23 January: Documents obtained by the Public Law Project reveal that the Home Office softened criticism of Eritrean human rights abuses in its March 2015 guidance to officials and judges, so as to reduce the numbers of Eritreans granted asylum, subsequently using the lower grant rate to reject Eritrean children seeking entry from Calais. (Guardian, 23 January 2017)

23 January: Hundreds gather at Frankfurt airport to protest the second collective deportation from Germany to Afghanistan, of 26 young men, following reports from UNHCR and human rights groups that the country is unsafe for returnees. (DW.com, 24 January 2017)

24 January: After campaigners threaten to sue G4S over privacy concerns over 60 G4S asylum housing and welfare officers setting their body-worn cameras to ‘constant recording mode’, and the information and surveillance commissioners both expressing concerns, the company backs down, saying the cameras will record only when wearers feel threatened. (Guardian, 25 January 2017)

24 January: Pateh Sabally, a 22-year-old Gambian refugee granted humanitarian protection in Italy, throws himself into the Grand Canal in Venice and drowns after failing to catch lifebelts thrown from a river bus. None of the hundred or so bystanders jumps in to save him, and a number film him drowning, while some shout insults. (Adnkronos, 25 January 2017)

24 January: The NHS handed over personal data of thousands of patients to the Home Office under a data-sharing agreement which enabled Immigration Enforcement to trace nearly 6,000 undocumented migrants in the first eleven months of 2016. (Guardian, 24 January 2017)

25 January: The Equalities and Human Rights Committee in the Scottish parliament announces an investigation into the destitution suffered by asylum seekers, view details of the investigation here. (Scottish Housing News, 25 January 2017)

25 January: The European parliament is to investigate the UK government’s treatment of EU nationals who have applied for citizenship or permanent residency since the Brexit vote once Article 50 is triggered. (Guardian, 25 January 2017)

26 January: Swedish TV journalist Fredrik Önnevall, his cameraman and interpreter, go on trial for people smuggling after responding to the plea of a 15-year-old Syrian boy to bring him to Sweden, while they were filming a documentary on refugees in Greece. (Guardian, 25 January 2017, The Local, 26 January 2017)

17 January: The Hungarian police’s failure to protect local Roma from racist abuse and violence during a demonstration which was ‘organised intimidation’ of the Roma community by far-right groups, or to conduct a proper investigation afterwards, breached their human rights and created a perception of state legitimation or tolerance of such behaviour, rules the European Court of Human Rights. (ECtHR press release, 17 January 2017)

18 January: The Independent Police Complaints Commission finishes its investigation into how a man lost his fingertips at Colchester police station in April 2015. The investigation examined whether the man’s mental health or ethnicity influenced the actions of officers involved. (Braintree & Witham Times, 18 January 2017) 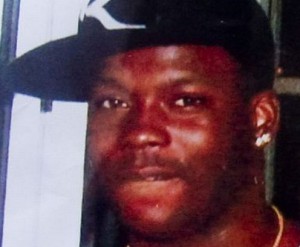 19 January: Three officers appear in court charged with perjury and perverting the course of justice concerning their evidence to the inquest into Kingsley Burrell’s death in 2011. Their trial is set for 5 June 2017. (ITV, 19 January 2017)

19 January: A video is released which shows Judah Adunbi, 63, being tasered in the face by two Bristol police officers seeking another man. It is the second time the race relations advisor has been mistaken for a wanted man. As the Independent Police Complaints Commission begins an investigation, the local police federation chair says the officers were ‘doing what the public expect of them’. (ITV, 19 January 2017, Guardian, 23 January 2017)

8 January: An arson attack is carried out on a mosque after rubbish is set alight and the doors kicked in by two men during the early hours. Police later arrest a 21-year-old Braintree man on suspicion of arson with intent to endanger life. (Braintree & Witham Times, 13 January 2017)

11 January: It emerges that on New Year’s Eve, at least eight bullets were shot into the walls and front door of the As-Siddieq Islamic primary school in Amsterdam-Noord. (nltimes.nl, 11 January 2017)

18 January: David Isaac, chair of the Equality and Human Rights Commission, says that the police should be prepared to for a backlash against EU citizens and a rise in hate crimes when article 50 is triggered. (Guardian, 18 January 2017)

18 January: Thomas Conington, 28, pleads guilty to a racist petrol bomb attack on Edinburgh’s Central Mosque in September in an act aggravated by religious prejudice. He carried out a similar attack in July 2015. Sentencing was adjourned pending reports. (BBC News, 18 January 2017)

18 January: A 16-year-old boy from Walton appears at Wimbledon youth court charged with arson at the Baitul Futuh mosque in Morden, south London on 26 September 2015. (Get Surrey, 18 January 2017)

20 January: A judge jails Jordan Marsh, from Ormesby, for two years after he admits criminal damage, racially aggravated assault, causing alarm and distress, and breach of a suspended jail sentence after a violent rampage through a corner shop shouting racist abuse. The judge also complains that Marsh was ‘grossly undercharged’. (Gazette Live, 20 January 2017)

20-21 January: In Barnet, a series of anti-Semitic attacks see graffiti daubed, a woman egged and a brick daubed with a swastika thrown smashing a window of a Jewish home. (Barnet & Whetstone Press, 22 January 2017)

14 January: Two German neo-Nazis are arrested in Lauterecken, Rhineland-Palatinate as police seize 155kg of explosives, a bomb branded with a swastika and an SS symbol, in one of 12 raids across the country, as prosecutors investigate a terrorist plot to attack mosques and refugee centres. (Independent, 14 January 2017, DW.com, 25 January 2017)

17 January: Members of the far-Right Golden Dawn, led by MP Yiannis Lagos, storm an elementary school in Perama, Athens, threaten staff and parents meeting to discuss a plan to offer after-school classes to 25 refugee children who live in a nearby camp. (Al Jazeera News, 17 January 2017)

17 January: A 17-year-old Bradford teenager, described as a white supremacist, appears before Leeds crown court charged with making a pipe bomb in preparation for committing a terrorist act. He also celebrated the murder of Jo Cox on the day she died, branding her a ‘race traitor’ and her murderer a ‘hero’. (Guardian, 17 January 2017)

18 January: A complaint of incitement to racial hatred is lodged against Bjoern Hoecke, the AfD’s leader in the eastern German state of Thuringia who, in a speech in Dresden, criticised the ‘policies of memory’, questioning the need for the Holocaust Memorial in Berlin. (Reuters, 18 January 2017)

18 January: After his release from prison for breaching a court order not to enter a mosque, Britain First leader Paul Golding releases a video in which he says his time in prison has made him ‘more bitter’ and threatens ‘journalists and politicians’ who have committed ‘crimes against our nation’. (Huffington Post, 18 January 2017)

21 January: The day after Trump’s inauguration, thousands protest in the western German city of Koblenz as parties in the Europe of Nations and Freedom (ENF) extreme-Right grouping in the European parliament hold a ‘Freedom for Europe’ convention. (DW.com, 21 January 2017)

10 January: A committee co-led by the Swiss People’s Party is criticised over its poster campaign for the forthcoming referendum on naturalisation of third-generation immigrants. The poster, displayed in railway stations across the country, shows a woman wearing a burqa with the strapline ‘Uncontrolled naturalisation? No to facilitated naturalisation’. (The Local, 10 January 2017)

20 January: Paul Nuttall, leader of Ukip, announces he is to stand at the Stoke Central by-election. (Guardian, 20 January 2017)

11 January: The LVO Parkstad school support group in Limburg, the Netherlands, calls for a full investigation into why 15-year-old Tharukshan Selvam committed suicide. He had been subjected to repeated bullying by classmates but the school, it is alleged, failed him. (The Dutch News, 11 January 2017)

18 January: A Cambridge University professor urges the government to create more opportunities for British people to learn languages such as Polish, Urdu and Punjabi to improve social cohesion in local communities. (Guardian, 18 January 2017)

25 January: An independent review into Cardiff University’s School of Medicine makes 13 recommendations after a play was staged by students who ‘blacked-up’. (Guardian, 25 January 2017)

16 January: A report published by the London Assembly Economy Committee highlights concerns that women and BAME communities are missing out on apprenticeships and are stuck in low-paid, low-level roles. (Morning Star, 16 January 2017)

23 January: A survey by Acevo finds that just 3 per cent of charity chief executives are from a BAME background. (Civil Society, 23 January 2017)

19 January: Media organisations have been forced to make a number of corrections and retractions relating to their coverage of Muslims in recent months, it is revealed. (Guardian, 19 January 2017)

19 January: A protest is held outside The Print Room in Notting Hill, which is accused of ‘yellowface’ casting for using white actors to play Chinese characters. (ITV, 19 January 2017)

20 January: It is revealed that Kings College London has warned its students and staff that it may spy upon their emails as part of the Prevent programme. (Guardian, 20 January 2017)