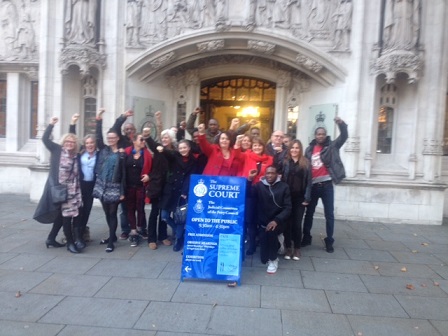 8 February: Protests occur across Greece against the construction of registration and screening centres, or hotspots, for migrants. In Kos, after three days of protests, residents blockade an army camp earmarked for conversion into a migrant registration and screening centre. In Athens, the United Movement Against the Fascist Threat (KEERFA) accuse Golden Dawn of orchestrating a protest in Keratsini, near Piraeus, against a screening centre at a former military camp. In northern Greece, protesters block construction work on a transit camp near Thessaloniki. (Wall Street Journal, Katimerini, 8 February 2016)

10 February: A plan to move a family of asylum seekers to housing in Kearsley is abandoned ‘as a result of intimidation.’ A public meeting on the Serco plans reveals fierce opposition. (This is Lancashire, 12 February 2016)

16 February: The Immigration Law Practitioners Association fails to overturn a High Court ruling that decisions regarding immigration appeals can be based upon undisclosed secret evidence. (Law Society Gazette, 16 February 2016)

17 February: Wikileaks releases a report from the commander of EU naval force Operation Sophia, which reveals that 67 migrant boats were destroyed in the six months to December 2015. (ECRE Weekly Bulletin, 19 February 2016)

18 February: Eurotunnel announces that it is seeking £23 million in compensation from the British and French governments following disruption at Calais. (Guardian, 18 February 2016)

18 February: John Finnie MSP calls for the release of a Polish man detained in Colnbrook IRC pending deportation, so he can properly recover from witnessing his friend being swept away in the River Ness. (Inverness Press and Journal, 18 February 2016)

18 February: The Scottish Refugee Council urges the Home Office to launch a probe into claims of racism, neglect of duty of care and poor housing standards in Home Office outsourced accommodation in Glasgow, managed by Serco and delivered by subcontractors Orchard and Shipman. (STV, 18 February 2016)

20 February: The planned eviction of hundreds of refugees and migrants from the Calais ‘jungle’ camp is postponed following a census showing three times the previously estimated number of people are living there, including hundreds of unaccompanied and separated children. (Guardian, 20 February 2016)

21 February: Austria increases the number of troops and military police at its border, adding 450 troops to ‘assist’ police with surveillance and ID checking of asylum seekers, including a company of military police in Salzburg ready for immediate deployment. The news comes after the government is criticisised for its decision to accept only 80 asylum seekers per day into the country. (The Local, 21 February 2016)

22 February: The legality of ‘absurd’ visa rules, potentially barring up to 47 per cent of the working British population from living with a non-EU spouse by requiring the British partner to earn over £18,600, is argued in a test case at the Supreme Court. (Guardian, 22 February 2016)

23 February: No Border activists disrupt a party being held in central London by the French ambassador to draw attention to those facing eviction in Calais. (Rabble, 24 February 2016)

24 February: Hungary’s prime minister Viktor Orbán who is opposed to the EU quota scheme for refugees launches a referendum on the issue, declaring that the EU cannot impose quotas on Hungary against the will of the Hungarian parliament. (Guardian, 25 February 2016)

18 February: A campaign is launched to drop the charges against twelve Asian man who face charges of violent disorder following a Britain First demonstration in Rotherham in November 2015. (Sheffield Star, 18 February 2016)

18 February: The Supreme Court unanimously rules that the legal doctrine of joint enterprise, under which hundreds of BAME young men were convicted, has been wrongly interpreted for thirty years. Download the press release and full judgment here. (Guardian, 18 February 2016)

18 February: The Evening Standard reveals that training to identify ‘unconscious racism’ is to be rolled out to all 32,000 Metropolitan Police officers following evaluation of a pilot programme for sergeants and inspectors . (Evening Standard, 18 February 2016)

22 February: A police chief in Chemnitz (Saxony) should be suspended, argues leading German Green politician Cem Özdemir, criticising his handling of a situation where 100 people, shouting ‘asylum scum’, surrounded a bus transporting refugees. The police chief claims that refugees were partly responsible for the hostility of the demonstrators and a video being circulated on social media shows police forcing a terrified child off the bus. (Guardian, 22 February 2016)

22 February: The IPCC launches an inquiry into how the body of missing teenager Krishna Chummun lay unidentified in a morgue for more than two months after he was found in the Thames last October, while his family were unaware of his death. The inquiry will ‘examine the family’s claim that they were not taken seriously because of their race’. (Evening Standard, 22 February 2016)

22 February: An inquest begins into the death of Sivaraj Tharmalingham, who died on 18 April 2015 at Thames Magistrates Court having been found unconscious on the floor of a cell. (INQUEST, 22 February 2016)

22 February: A 24-year-old Lithuanian man dies in hospital eleven days after being found unresponsive in Maghaberry prison. A recent report on the prison also finds that it is ‘unsafe and unstable’ for prisoners and staff. (The Irish News, 25 February 2016) 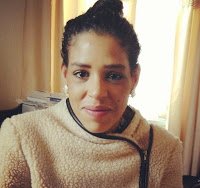 4 February: Two young Asian boys, aged thirteen and fourteen, are subjected to a racist attack in Carshalton by a gang of seven white youths. The pair are racially abused and spat at and one victim is punched and run over with the gang members’ bikes. (Evening Standard, 12 February 2016)

10 February: Adrian Stefanski is given two 18-week sentences, suspended for two years, for a racially aggravated assault on Paul Coker. Stefanski shouted racist abuse and attacked Coker with a crowbar while waiting to enter the Channel Tunnel at Folkestone. (Kent Online, 12 February 2016)

12 February: Christopher Cuthbertson is jailed for five years and eight months for an attack on a petrol station worker in Blurton. He pleads guilty to racially aggravated wounding, common assault and robbery. His victim was bitten seven times. (Stoke Sentinel, 14 February 2016)

13 February: Gateshead police are seeking a gang of teenagers harassing Premier Shop owner; Ali Awan and his son Hassan were attacked by the gang on New Year’s Eve and since then, continue to be harassed by the gang. (Chronicle Live, 13 February 2016)

16 February: A 40-year-old man is arrested under the Communications Act following offensive Facebook comments about Syrian refugees resettled on the Isle of Bute. (Guardian, 16 February 2016)

17 February: It is revealed that Philip Godson, who was filmed racially abusing a black woman and her children on a train, was on his way home after appearing in court for two other racially motivated attacks. He is jailed for 158 days. (Kent Online, 17 February 2016)

20 February: A crowd cheers the outbreak of a blaze at a building designated as a new refugee hostel in Saxony, consequently hindering the firemen fighting it. The police suspect arson. (Deutsche Welle, 21 February 2016)

25 February: Dale Jones, 30 is unanimously found guilty of the murder of 81-year-old pensioner Mushin Ahmed who was killed as he walked to a mosque last year in Rotherham. The jury continues to deliberate a verdict on co-accused Damien Hunt. (Sheffield Star, 24 February 2016)

February: The Essex Investigator reveals that a Basildon based group, Homeless Help, which campaigns for the rights of homeless people may have links to the far-right. (Essex Investigator, February 2016)

20 February: Between 50 and 100 English Defence League supporters are massively outnumbered at a march in Preston by up to 600 counter-protesters. (Morning Star, 20 February 2016)

17 February: The right-wing Polish weekly W Sieci (Network) carries a cover image of a blonde woman draped in the EU flag being groped by dark-skinned male hands with the headline ‘The Islamic rape of Europe’. (International Business Times, 17 February 2016)

19-21 February: The chief constable of Greater Manchester Police urges the editor of the Times to apologise for an ‘offensive’ murder report headline which reads ‘Imam beaten to death in sex grooming town’. The police later state that a racist motivation for the murder of Jalal Uddin, in Rochdale, is not being ruled out. (Guardian, 19 February 2016 and BBC News, 21 February 2016) 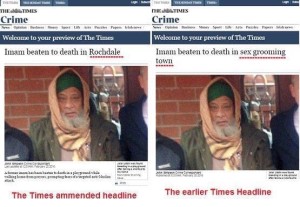 22 February: Ofcom dismisses complaints that a Ukip political party broadcast – urging people to vote to exit the European Union because Turkey could join – is racist and Islamophobic, but acknowledges that some viewers may find it offensive. (Guardian, 22 February 2016)

12 February: The government proposes a ‘British Alcatraz’ for all Muslims convicted of terrorist offences. (Guardian, 13 February 2016)

16 February: The Migration Advisory Committee proposes changes to visa rules, ‘restricting applications for specialty training’. The proposals angers doctors from overseas who feel they are ‘last in line’. (Independent, 16 February 2016)

11 February: A leaked dossier reveals that Ukip knowingly allowed criminals with a violent past, as well as racists and homophobes stand as candidates in the previous election. It is reported that fourteen candidates  have a violent past and 23 expressed racist, sexist, or homophobic views. (Independent, 11 February 2016)

25 January: The Women and Equalities Committee announces an inquiry into: ‘Employment opportunities for Muslims in the UK’. The deadline for submissions is 28 February 2016. View details here.

5 February: The Department for Business, Innovation & Skills announces: ‘A review into increasing progression in the labour market by people from minority backgrounds’. View details of the review here. 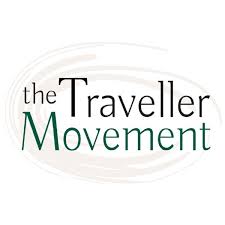 16 February: The Traveller Movement publishes: We are Community, We are Society – Conference Report 2015. Download the report here (pdf file, 1.3mb).

17 February: Thurrock council in Essex loses an appeal at the High Court to prevent a site for Travellers at Southend Road, Corringham. (Thurrock Gazette, 17 February 2016) 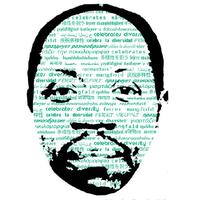 January: The Remember David Oluwale Campaign launches a writing prize for writers to submit new short stories and poems which creatively respond to David Oluwale’s life and death. The deadline is 6 March 2016. View details about the prize here.

23 February: Corporate Watch (CW)is recruiting two new co-op members. CW is a not-for-profit co-operative based in London carrying out research, journalism and analysis to support people affected by, and those taking action against, corporations and capitalism. One of the positions is to continue our work on migration. For the other, we are inviting applicants to suggest new areas of work. Applications to be submitted by 15 March 2016. View details here.