12 December: Four English Defence League (EDL) supporters are jailed for a total of over six years after violence during an EDL demonstration in Birmingham city centre in July 2013, described by the judge as ‘plainly racist acts’. Another forty-eight people are due to be sentenced in connection with the violence later in the month. (Birmingham Mail, 12 December 2014)

15 December: The sentencing of eight EDL supporters for violent disorder is temporarily halted after the defendants verbally abuse the judge, demand to be updated on the Sydney café siege and shout ‘No surrender to the Taliban’. (Guardian, 15 December 2014)

15 December: An estimated 15,000 people march through Dresden carrying banners bearing slogans such as ‘Zero tolerance against criminal asylum seekers’, ‘Protect our homeland’ and ‘Stop the Islamisation’, the ninth demonstration in Saxony organised by Patriotic Europeans Against Islamisation of the West. (Guardian, 15 December 2014)

16 December: A Swindon man involved in a violent riot against police in Birmingham by the EDL is jailed, but receives a shorter sentence than others because he has since quit the group. (Western Daily Press, 16 December 2014)

11 December: The Maltese government releases the findings of  the  2012 inquiry into the death of Mamadou Karmari in Malta, in which the former head of the detention service described the military staff running the centres as the  ‘worst of the worst … soldiers refused by the army’. (Malta Today, 11 December 2014)

13 December: An unnamed Sudanese man dies while attempting to climb down from a lorry he had stowed away under on the M25, while another man escapes unharmed. (Guardian, 13 December 2014)

14 December: The Labour Party promises to hold an independent investigation into allegations of sexual misconduct at Yarl’s Wood if it wins the general election. (Observer, 14 December 2014)

16 December: Government guidance in relation to granting legal aid for immigration cases is declared ‘unlawful and too restrictive’ by leading judges, who say it ‘sets too high a threshold’ and ‘produces unfairness’. (Free Press, 16 December 2014)

16 December: Three G4S guards are found not guilty of the manslaughter of Jimmy Mubenga, who died as he was being deported from the UK in 2010. (Guardian, 16 December 2014)

18 December: As the world marks International Migrants Day, a twelve-mile steel fence is erected in Calais in an attempt to place restrictions on the numbers of migrants trying to cross the Channel over to Britain. (Channel 4 News, 18 December 2014)

18 December: The UK cannot block family members who are originally from outside Europe, but now live in the EU, from entering the country without a visa, European judges say. (BBC News, 18 December 2014)

19 December: The judge in the Jimmy Mubenga trial ensured that the jury heard nothing about the ‘grossly racist texts sent and received by two of the three G4S guards on trial for manslaughter’, it is revealed. (Guardian, 19 December 2014)

20 December: Thousands of people, marching under the banner of ‘No Somos Deliti’ (We’re No Criminals) demonstrate in thirty cities across Spain against the new Citizens’ Safety law, which severely limits freedom of assembly and freedom of association, and legalises on-the-spot deportations in the North African enclaves of Ceuta and Melilla. (Typically Spanish, 20 December 2014)

21 December: Foreign graduates could face being sent back to their home countries in a ‘move towards zero net student migration’, it is revealed in plans reportedly being considered by Home Secretary Theresa May. (Independent, 21 December 2014)

22 December: Corporate Watch interviews two asylum seekers (who, although not officially allowed to work) have worked for £1 an hour while detained in privately operated immigration removal centres in the UK. (Corporate Watch, 22 December 2014)

15 December: The legal doctrine of joint enterprise is criticised after fifteen-year-old Kyefer Dykstra and three of his friends are given life sentences for being present at the murder of Sean McHugh last year. (Independent, 15 December 2014)

16 December: The Joint Enterprise Not Guilty by Association Campaign publishes issue 31 of its newsletter. Download it here.

17 December: Posters are placed in various locations around the UK, designed to look similar to police advertising campaigns, branding the police as racist as well as blaming them for the 2011 London riots. (Voice, 18 December 2014)

19 December: The Court of Appeal rejects a challenge by Mark Duggan’s family on whether officers can confer before a court case involving a fatality at the hands of police. (BBC News, 19 December 2014)

20 December: A vigil and protest is held outside High Wycombe police station to mark the birthday of Habib ‘Paps’ Ullah, who died in police custody in 2008. (Bucks Free Press, 20 December 2014)

9 December: Reports emerge that a 60-year old Muslim woman suffered a serious spinal injury after she was attacked in Vienna while waiting in a queue to collect her pension. The assault is one of many on veiled women where the victims have been called ‘Taliban’ and ‘Isil’ by their attackers. (On Islam, 10 December 2014)

12 December: Police announce that they are seeking four white men in connection with two racist attacks on two Asian women as they walked along Boundary Street in Walthamstow. One woman suffered injuries after being pushed to the floor and another was racially abused. (Evening Standard, 12 December 2014)

15 December: Richard Harris, 38, is found guilty of racially aggravated wounding after attacking an Asian man with a glass bottle in a pub in Blackwood, Wales. The court was told Harris was a member of the British Movement and covered in Nazi tattoos. (South Wales Evening Post, 15 December 2014)

18 December: John Hughes, 50, is given an anti-social behaviour order after carrying out a number of racially motivated attacks on taxi drivers in Brighton. (Brighton Argus, 18 December 2014)

23 December: Police in Liverpool are criticised by a train passenger for not stopping or questioning a group of men who racially and sexually abused train travellers after boarding a train from Euston to Liverpool on 13 December. (Liverpool Echo, 23 December 2014)

23 December: Two men are jailed for over 21-years (between them) after racially abusing and stabbing a 23-year-old following an altercation in Milton Keynes pub. (Heart, 23 December 2014)

15 December: A Ukip candidate in Basildon, Essex, Kerry Smith, apologises and resigns after a recording of him making racist and homophobic comments is made public. (Basildon Echo, 14 December 2014)

16 December: Ukip is set to receive £1.5 million of European Union funding following the formation of the new Alliance for Direct Democracy in Europe (ADDE) party, according to BBC 2’s Newsnight. (Guardian, 16 December 2014)

17 December: It is revealed that a rightwing Tory fringe group 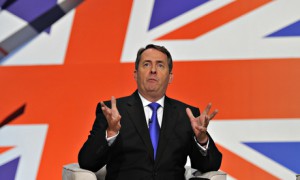 whose material discusses mass deportations to Africa and links immigration with rape has been addressed by senior Conservatives Owen Paterson and Liam Fox in the House of Commons in recent weeks. (Guardian, 17 December 2014)

15 December: The Equality and Human Rights Commission announces an investigation in to the Metropolitan police and whether the force has broken the law and discriminated against staff. (Guardian, 15 December 2014)