Calendar of racism and resistance (10 – 24 October)

10 October: The army launches an investigation after Tommy Robinson posts a photograph and video footage of himself at Watford Gap motorway services surrounded by young uniformed squaddies who chant his name. (Express, 10 October 2018)

13 October: The Democratic Football Lads Alliance march from Pall Mall to Whitehall is met by anti-racist protesters who outnumber the DFLA and attempt to block its route. (Guardian, 13 October 2018)

14 October: In one of Germany’s biggest rallies in recent years, 242,000 people from a broad alliance of associations, labour unions, parties and rights groups march in Berlin against racism and the far Right under the banner Unteilbar (‘indivisible’). (Guardian, 14 October 2018)

15 October: In state elections in Bavaria, the far-right Alternative for Germany secures 10.2 per cent of the vote, entering the regional parliament for the first time. (Deutsche Welle, 15 October 2018)

16 October: Sikh Youth UK faces a barrage of criticism for arranging the screening of its Islamophobic film Misused Trust across university campuses and Sikh community centres and inviting former EDL leader Tommy Robinson to speak at a screening in Huddersfield. (Independent, 16 October 2018) 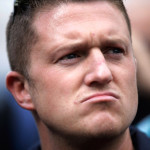 23 October: A judge at the Old Bailey refers the case against Tommy Robinson for contempt of court to the attorney general, to ensure a ‘proper and thorough examination and resolution’ of a ‘case that is in the public interest’.  (Guardian, 23 October 2018)

20 October: Following the conviction of a grooming gang in Huddersfield of over 120 offences against 15 girls, home secretary Sajid Javid is criticised for defining the criminals by their ethnicity in a tweet about ‘Asian paedophiles’. (Guardian,  20 October 2018)

12 October: BBC Newsnight issues a statement defending its decision to broadcast a long feature on Tommy Robinson which the Muslim Council of Britain says gave him undue attention and will only boost his popularity. (iNews, 12 October 2018)

12 October: Guardian columnists Gary Younge and Nesrine Malik withdraw their names from the Society and Diversity category of the Comment Awards, saying that the nomination of Melanie Phillips makes a mockery of the category and legitimises her offensive attacks on immigrants and Muslims. (Gary Younge Facebook, 12 October 2018)

18 October: The Italian women’s football team Afro-Napoli excludes player Concetta Astarita after she announces she is running as a councillor for the far-right League Party. While her team-mates come out in support of Astarita, the team’s president stands firm. (Guardian, 18 October 2018)

18 October: A Scottish health board apologises after a racist internal memo is leaked saying that all facilities would be locked and advising staff to be vigilant because of the arrival of a Traveller community in the area. (Holyrood, 18 October 2018)

23 October: The UN Human Rights Committee says that the French government’s ban on the niqab is a violation of human rights and calls on it to review the legislation. (Reuters, 23 October 2018)

13 October: Black Britons are stopped and searched for drugs nine times more often than white people, despite lesser drug use, and the disparity has increased by half since 2010, according to an authoritative joint report by the London School of Economics, Stopwatch (a coalition of academics, lawyers and civil society organisations) and Release (a centre of expertise on drugs and drugs law). (Guardian, 13 October 2018)

15 October: The Guardian and the Undercover Research Group reveal that the police overwhelming spied on progressive left-wing groups, including nine anti-racist campaigns and sixteen justice campaigns around police misconduct, while only three far-right groups – the BNP, Combat 18 and the United British Alliance – were infiltrated over the same 37-year period. (Guardian, 15 October 2018)

15 October: Declassified documents from the 1960s reveal that MI5 officials believed that black people could not be trusted in high-level spying roles as they could be a security risk. (Guardian, 15 October 2018)

18 October: The Independent Office for Police Conduct (IOPC) asks the CPS to consider criminal charges against two police officers in relation to the death of Dalian Atkinson on 15 August 2016 following the use of force, including a taser and restraint, by West Mercia Police. (Inquest, 18 October 2018)

21 October: In Lesbos, Greece, an internal investigation into racism is launched and a police officer is suspended after a video shows him abusing an elderly woman queuing for food inside the Moria migrant camp. (Reuters, 21 October 2018)

22 October: Bedfordshire police sack three police officers, after a disciplinary panel finds them guilty of lying in their notebooks and in subsequent statements to investigators into events in Bedford in March 2013 that left black university student Julian Cole almost totally paralysed and severely brain-damaged. (Guardian, 22 October 2018)

22 October: French teenagers of Malian, Comorian and Moroccan descent sue the French state for a ‘racist’ police stop and search as they disembarked with their high school teacher and classmates at Paris Gare du Nord on their return from a school trip. (Guardian, 22 October 2018)

20 October: The Royton & Crompton E-ACT Academy denies on Facebook that an incident captured on video showing a Muslim schoolgirl having her hijab pulled off and being punched by a fellow pupil at a tram stop in Oldham, Manchester, was racially motivated, instead referring to the incident as a ‘misunderstanding’. (Metro, 20 October 2018)

10 October: A High Court judge describes Liverpool council’s treatment of a 15 -year-old girl with post-traumatic stress disorder from living in a war zone in Iraq as ‘atrocious’. The girl was subjected to ‘profound physical and emotional harm’ while in the care of Alder Hey children’s hospital. (Guardian, 10 October 2018)

20 October: Relatives of the five Gambian Spanish men who died when a wall collapsed at the Hawkeswood Metal Recycling Centre in 2016 say that they would have had answers by now had they been white and British. The Health and Safety Executive will not report until after the inquest, which starts next month. (BBC News, 20 October 2018)

21 October: It is revealed that most of the workforce building the flagship Beatrice offshore windfarm in Scotland are migrant workers from Russia and Indonesia who are paid a fraction of the UK minimum wage, with the Home Office providing employers with an immigration concession enabling their employment. (Guardian, 21 October 2018) 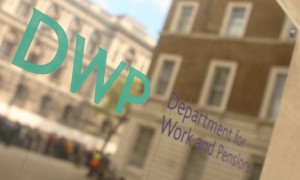 22 October: Ayub Patel, a job centre worker employed by the Department of Work and Pensions for over 25 years, wins an unfair dismissal claim, entitling him to compensation, after he was sacked for being ‘too political’ when criticising Donald Trump and Tommy Robinson on his private Twitter account. (Daily Mail, 22 October 2018)

9 October: Two Italian fishing boats and their crews are fired on and detained by the Libyan coastguard, in seas 29 nautical miles from the north African coast, which Libya insists is an exclusive economic area. (The Local, 11 October 2018)

10 October: A ‘snapshot’ survey of almost 200 migrants held in British detention centres on 31 August finds that more than half were suicidal, seriously ill or the victims of torture. (Guardian, 10 October 2018)

11 October: Following the threat of legal proceedings, the Home Office agrees to carry out an independent inquiry into abusive treatment of immigrants held in British detention centres. (Guardian, 11 October 2018)

12 October: Freedom of Information requests reveal that between April and June there was a 22 percent rise in suicide attempts in detention centres, and that the Home Office has received more than 10,000 medical reports of detainees who had been tortured. (Guardian, 12 October 2018)

13 October: The remains of eleven people, believed to be migrants, are found near the Greek town of Kavala after their car collided with a truck at around 5:30am. The driver of the truck was able to escape before the explosion, but all those in the car died. (Ekathimerini, 13 October 2018)

13 October: The Collective for Resistance against Centres for Foreigners (CRACPE) organises a protest outside the Vottem (Herstal) detention centre in Belguim after an Eritrean committed suicide, after four months in detention, while awaiting deportation to Bulgaria under Dublin III. (Brussels Times, 14 October 2018)

16 October: Over 100 refugee and asylum support groups, faith groups, trade unions and businesses launch the Lift the Ban campaign with a report, Lift the Ban: Why People seeking Asylum Should Have the Right to Work, demanding the right to work for asylum seekers after six months, and arguing that these new workers could make a net contribution of £42 million to the economy. Sign the petition here. (Guardian, 16 October 2018)

16 October: EU justice commissioner Věra Jourová calls for stricter controls on the sale of passports, visas, and residency rights by EU member states to wealthy individuals in return for inward investment. The  introduction of such ‘citizenship by investment’ schemes in the UK in  2011 coincided with the sharpening of  ‘hostile environment policies designed to deter poorer migrants. (Guardian, 16 October 2018; Guardian, 17 October 2018)

19 October: Student Elin Ersson, who filmed herself on 23 July preventing the deportation of an Afghan asylum seeker on a Turkish Airlines flight from Gothenburg to Istanbul, is charged with violating aviation law. (Guardian, 19 October 2018)

10 October: Three women, believed to be migrants, are found stabbed in the neck on the bank of the River Evros near the Greek village of Pragi on the Greece/Turkey border. The bodies are found by a local farmer and Greek authorities are investigating the case. (Ekathimerini, 10 October 2018)

10 October: Police appeal for information after a man was racially abused and assaulted, sustaining facial injuries, by another man in his 30s after an argument at a petrol station in north Watford on 5 October. (Watford Observer, 10 October 2018)

10 October: Police appeal for information after a crew of firefighters are racially abused before having stones and bricks thrown at their fire engine whilst tackling a bonfire in West Bowling, Bradford. (The Telegraph and Argus, 10 October 2018)

21 October: Ryanair refers a racist incident to Essex police and promises to ban abusive passengers, after a public outcry over video footage showing a white male passenger on a flight to London from Barcelona launching a tirade of abuse against an elderly black woman, and staff failing to act. (Independent, 21 October 2018)

10 October: Todd Jennings, 23, is fined and given a suspended sentence after racially abusing and assaulting a taxi driver and damaging the driver’s vehicle in Stockton-on-Tees, County Durham. (The Northern Echo, 10 October 2018)

12 October: Paul Adney, 53, is jailed for six months after racially abusing and threatening to shoot and kill passengers during a drunken rant on a flight from Antalya, Turkey to Birmingham. (Birmingham Mail, 12 October 2018)

12 October: David Parnham, 35, pleads guilty to over fifteen offences, including soliciting to murder and staging a bomb hoax, after sending hundreds of letters which included racist language and threats specifically targeting Muslims and calls for a ‘Punish a Muslim Day’. He will be sentenced at a later date. (BBC News, 12 October 2018)

13 October: Brute Declan Scott, 19, pleads guilty to racially aggravated assault and is given a suspended sentence after racially abusing and using a knife to slash the face of a man during an altercation outside the victim’s house in Paisley in April last year. (Daily Record, 13 October 2018)

19 October: David Cameron, 30, admits to acting in a racially aggravated manner and is given 200 hours of community service after racially abusing and threatening to slice the face of a Nigerian student on a bus in Perth, Scotland. (Daily Record, 19 October 2018)

16 October: Police announce a 17 percent rise in hate crimes in England and Wales, to 94,098, in the twelve months to March, and predict an upsurge in attacks in the run-up to Brexit. The annual total has more than doubled since 2012–13. (Guardian, 16 October 2018)

21 October: A businessman in Walmer, Kent, transforms his seafront cafe into a reporting hub and support centre for victims of hate crime, as Home Office statistics reveal that hate crimes in Kent have quadrupuled since 2013-14, with sharp spikes after the Brexit vote. (Guardian, 21 October 2018)

Thanks to Rajesh Bhattarcherjee and Joseph Maggs for their help in preparing this calendar.