5 June: Doctors in Switzerland criticise the government’s physical examinations of young unaccompanied asylum seekers to determine their age. The tests involve, in addition to checks for bone and tooth age, young boys and girls having examinations of their genitals and breasts. (Tages Anzeiger, 5 June 2016)

12 June: Orchard and Shipman, a company being paid millions of pounds in public money by the Home Office to provide housing for people seeking asylum in Scotland, is putting vulnerable and traumatised people in ‘slum’ accommodation, according to health professionals, charities and lawyers. (Sunday Herald, 12 June 2016)

13 June: The Home Office is refusing to reveal how many detainees have been sexually assaulted or raped inside Yarl’s Wood immigration removal centre in Bedfordshire in case the information becomes public knowledge and harms the ‘commercial interests’ of private companies that are involved in running it, the Independent reveals. (Independent, 13 June 2016)

13 June: Eight Syrian refugees, three children, four women and one man, are shot dead by Turkish border guards as they try to escape northern Syria. The Syrian Observatory for Human Rights says that a total of 60 Syrian refugees have been shot at the border this year. A week earlier, three asylum seekers, two Pakistani and one Afghan, lodged a legal challenge to the EU’s deal to deport migrants to Turkey in the Court of Justice of the EU, arguing that Turkey is not safe. (Telegraph, 13 June 2016, Guardian, 19 June 2016)

14 June: The brother of seriously ill Isaac Aganozor is granted entry to the UK from Nigeria to donate bone marrow after a public campaign against his being refused entry. (Evening Standard, 14 June 2016)

14 June: The Court of Justice of the EU rules that Britain is entitled to restrict benefits paid to EU migrants in the UK. (Independent, 14 June 2016) 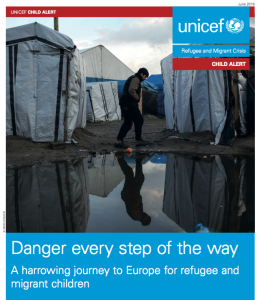 16 June: A report from Unicef reveals that unaccompanied children are being targeted by traffickers who charge them ‘entry fees’ to help them reach the UK, often involving sexual exploitation or forced criminality. Download the report here (pdf file, 2.7mb). (Guardian, 16 June 2016)

16 June: Two men from Northern Ireland, Martin McGlinchey and Stephen McLaughlin, are jailed for eight and nine years after being found guilty of conspiracy to facilitate illegal entry into the UK, following the death of Meet Singh Kapoor in a container at Tilbury Docks in August 2014. (Brentwood Gazette, 17 June 2016)

16 June: The Greek parliament votes, under pressure from other EU member states, to change the composition of the appeals board following rulings that Syrian asylum seekers cannot safely be returned to Turkey. From now on, state officials will outnumber independent voices on the board. (Guardian, 17 June 2016)

17 June: Medical charity Médecins sans Frontières (MSF) announces it will not take money from the EU or any member state in protest at Europe’s response to the refugee crisis, particularly the EU-Turkey deportation deal and attempts to do similar deals with refugee-producing countries in Africa. In 2015 MSF received £47 million from the EU and member states. (Guardian, 17 June 2016)

18 June: An aid convoy to Calais formed of approximately 250 vehicles carrying supplies for migrants is stopped at Dover and refused entry to France; campaigners return to London to protest outside the French embassy. (Guardian, 18 June 2016)

20 June: The High Court rules in a test case that the Home Office should not be able to detain child asylum seekers just because officials think they look 18 or older. (Electronic Immigration Network, 21 June 2016)

20 June: It is revealed that criminal organisations are working at and running asylum accommodation centres in four of Sweden’s seven police regions, capitalising on the rapid procurement processes in the sector. The Swedish police National Operations Department says that there is a risk criminals will take advantage of vulnerable residents. (The Local, 20 June 2016)

21 June: An award-winning app, which was described as being able to scan the Mediterranean, identify boats in trouble and alert rescue services, is revealed to be a fake, described by one critic as a ‘marketing stunt for the developer to get press articles’. (Digital Arts, 21 June 2016)

21 June: The Swedish parliament passes a restrictive asylum law that makes it harder for those who have been granted asylum, but not refugee status, to bring in family members. It also replaces the existing permanent residence permit with a temporary one that must be renewed every thirteen months. (EUobserver, 22 June 2016)

22 June: Sudanese refugee Abdul Rahman Haroun is given a nine-month prison sentence for ‘obstructing trains’ by walking through the Channel Tunnel in a desperate attempt to reach the UK in August last year. (Independent, 22 June 2016)

22 June: It is revealed that from 1 July, a limit on the number of unaccompanied asylum-seeking children that local authorities will be expected to support has been set by the government, with a ‘ceiling’ of 0.07 per cent of the local population. (Children & Young People Now, 22 June 2016)

9 June: An Amnesty International report highlights signs of ‘institutional racism’ in Germany. It claims that authorities do not adequately investigate, prosecute or sentence people for racist crimes, referring specifically to the findings of an inquiry into the National Socialist Underground. (Amnesty International, 9 June 2016)

10 June: Four Chelsea fans accused of racially abusing Souleymane Sylla on the Paris Metro before a game in February 2013 are to be prosecuted in France. (Mirror, 10 June 2016)

14 June: Four men, Christopher Jackson, Alex Puchir, Andrew Addison and Joseph Rose, go on trial accused of racially and religiously motivated assaults on a work colleague. Allegations include bullying him in a sustained campaign between July 2014 and April 2015 and in one incident tying him to a cross. (York Press, 14 June 2016)

14 June: An Afghan taxi-driver in Rotherham found unconscious on the road later says he was assaulted by passengers ‘for being a Muslim’. One of the passengers reportedly said ‘When you come to our country, do what we say.’ (Socialist Worker, 21 June 2016)

14 June: The Independent reveals that a man convicted of the racist murder of Shiblu Rahman in east London in 2001 is now working in the same area at a special needs school. (Independent, 14 June 2016)

17 June: Two men are jailed after admitting racially aggravated offences for their part in an attack on a pizza restaurant in Mansfield; another man is given a community order and compensation. Two of the men later boasted on Facebook that they had started a ‘war’. (Mansfield Chad, 17 June 2016)

21 June: Police in Pembrokeshire, Wales, appeal for information about an ‘alleged incident of racially aggravated disorder’, which took place on the night of the England-Wales football game on 16 June, during which ‘a man from the United Arab Emirates sustained a significant facial injury which later required medical treatment at hospital’. (Wales Online, 21 June 2016)

9 June: Around 400 migrant seasonal workers protest in front of San Ferdinando town hall in Calabria, Italy, after the killing of a colleague, 27-year-old Malian Sekine Traore, by a police officer the previous day. (The Local, 9 June 2016)

9 June: The inquest into the death of 30-year-old Sharmila Ullah at Walsall police station in July 2014 records a narrative verdict which notes that a detention officer had failed to check on her while she was dying of alcohol withdrawal in a cell. (Walsall Advertiser, 9 June 2016)

10 June: A Stockholm court awards damages for ethnic discrimination to eight adults and three children whose personal details were stored on an illegal ‘Roma database’ of 47,000 people compiled by Skåne police. The database included non-Roma members of extended families as well as friends. (The Local, 10 June 2016)

12 June: Shadow home secretary Andy Burnham MP tables an amendment to the Policing and Crime Bill for a ‘Hillsborough Law’ which would allow families access to funding equal to that of police officers at inquest hearings. (Guardian, 12 June 2016)

20 June: The Howard League publishes: The Carlile Inquiry 10 years on: The use of restraint, solitary confinement and strip-searching on children, which finds that although the numbers of children held in custody has fallen the rate of restraint has increased. Download the report here (pdf file, 858kb). (Children & Young People Now, 20 June 2016) 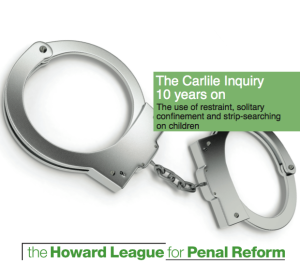 20 June: The inquest begins into the death of Olawale Adelusi, who was found hanged at Wormwood Scrubs in November 2014 after being detained at Heathrow for carrying false documents. (GetWest London, 20 June 2016)

21 June: The first of a succession of joint enterprise test cases comes before the Criminal Court of Appeal, following a Supreme Court victory earlier this year declaring that judges had been misinterpreting the law for around thirty years. (Guardian, 21 June 2016)

6 June: Grégoire Moutaux, a 25-year-old French man, is arrested in the Ukraine in possession of a ‘vast arsenal’ of explosives and assault rifles. Anti-terror police say the far-right extremist was planning fifteen attacks to coincide with the Euro 2016 football tournament in France. (Telegraph, 6 June 2016)

13 June: A 21-year-old man shoots two refugees, a five-year-old Macedonian girl and an 18-year-old Syrian man, with an air rifle behind their refugee shelter in Niedersaschen in Western Germany. It is suspected that the man has links to a far-right group. (n-tv, 13 June 2016)

16 June: Jo Cox MP is killed by gunshot and stab wounds by a man who, according to eye-witnesses, shouted ‘Britain first’, outside a public library in Birstall, in her west Yorkshire constituency. Police find neo-Nazi literature and evidence of links to far-right groups in the US and South Africa in the home of 52-year-old Thomas Mair, who is charged with her murder. Asked for his name at his first appearance in court on 18 June, Mair responds ‘Death to traitors, freedom for Britain’. (Guardian, 18 June 2016)

10 June: An investigation is launched by Cardiff University after a student ‘blacks up’ to impersonate a lecturer during a fundraising event. Another investigation into racism and diversity within the medical school and wider university is currently being conducted by Professor Dinesh Bhugra. (Gair Rhydd, 10 June 2016) 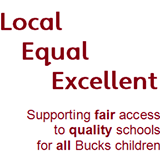 12 June: British Pakistani and other BAME children are being excluded from grammar schools by a ‘racially-biased’ 11-plus exam, according to the group Local, Equal and Excellent. (i News, 12 June 2016)

21 June: Mark Dias, an ex-police officer with Cleveland Police, sues his former employers, saying that he was bullied and discriminated against after challenging misconduct. According to Dias, ‘Asian officers were seen to be corrupt and for those who complained about racial discrimination, they were seen as being liars, trouble-makers and money-grabbers.’ (BBC News, 21 June 2016)

22 June: The Supreme Court rules that mistreatment of migrant domestic workers by their employers is not discriminatory, as it is based on their precarious immigration status and not their nationality. (Supreme Court, 22 June 2016)

14 June: Disabled pensioner Eileen Cooper, 65, is told by Spire Homecare that carers are too frightened to visit her on the Traveller site in Odstock, Salisbury, on which she lives in a specially adapted caravan. Her family accuse the care firm of racism (Salisbury Journal, 14 June 2016)

17 June: The Daily Mail apologises for a front page carrying a picture which claimed to be migrants arriving from Europe – when they were in fact from the Middle East. (Guardian, 17 June 2016)

16 June: A Ukip poster depicting a queue of migrants is widely condemned as racist and is reported to police by Dave Prentis of Unison for inciting racial hatred. (Guardian, 16 June 2016)

17 June: Sam King, co-founder of The Equiano Society and Windrush Foundation, passes away in his sleep at the age of 90 in Brixton, south London. (Voice, 17 June 2016)