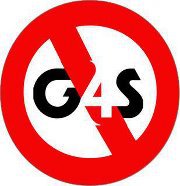 1 September: A Guardian investigation reveals that the Home Office is making profits of up to 800 per cent on visa and settlement applications from family members, charging up to £3,250, and often refusing applications on a technicality, forcing applicants to re-apply and pay another fee. (Guardian, 1 September 2017)

6 September: The UN High Commissioner for Refugees calls for Denmark to resume accepting its quota of refugees after noting a dramatic decrease in the number of asylum applications. Only an estimated 2,000 asylum seekers have come to Denmark this year. (The Local, 6 September 2017)

6 September: The European Court of Justice rejects Hungary and Slovakia’s challenge to the EU mandatory relocation scheme for refugees arriving in Greece and Italy, which the leaders of both countries refused to join. Fewer than 30,000 of the planned 160,000 relocations have taken place in the two years of the scheme. (Guardian, 6 September 2017)

7 September: The High Court blocks the deportation of a man from the Ivory Coast, a survivor of torture, after claims that he both witnessed and was a victim of abuse by G4S staff at Brook House. (Guardian, 7 September 2017)

8 September: A Guardian survey reveals that those granted asylum in the UK are routinely made destitute and homeless by systemic bureaucratic delays after having to leave asylum accommodation and losing asylum support. (Guardian, 8 September 2017)

10 September: An unnamed person dies trying to get on top of a train travelling from Serbia to Croatia. (AYS, 10 September 2017)

12 September: As part of a Europe-wide campaign to draw attention to migrant and refugee deaths, and to the criminalisation of rescue, eight iconic statues in Valletta, Malta, including one of Queen Victoria, are dressed up in orange life jackets. (Times of Malta, 12 September 2017) 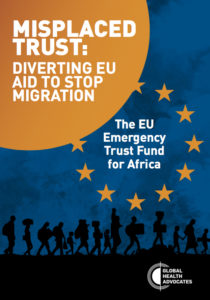 13 September: An investigative report for Dutch TV finds that refugees are paying to be smuggled into Europe by selling a kidney to traffickers working on behalf of Egyptian transplant surgeons who sell them on to wealthy people in the Middle East. (Dutch News, 13 September 2017)

14 September: Juan Ignacio Ziodo, Spain’s interior minister, announces plans to spend €12 million in the next year increasing security at the border between Morocco and the Spanish enclave of Ceuta, primarily by fortifying the double border fence at Ceuta. (The Local, 14 September 2017)

15 September: The EU’s immigration commissioner, Dimitris Avramopoulos, calls for Norway to be ‘as ambitious as possible’ when accepting EU-designated quota refugees. The UN has also asked Norway and other countries to present new totals for the number of refugees they are willing to accept. (The Local, 15 September 2017)

15 September: The Radical Party files a formal complaint against the Italian government for breach of the European Convention on Human Rights in relation to deals struck with Libyan militias to prevent boats carrying refugees and migrants leaving Libya for Italy. (Associated Press, 15 September 2017)

19 September: 350 displaced people, the majority Iraqi Kurds, are evicted from a makeshift camp on the edge of Grande-Synthe, northern France. Hundreds of police dismantle the camp, whose residents are dispersed to migrant centres across France. (The Local, 19 September 2017)

20 September: Lord Dubs prepares to visit a group of 60 children in Greece, who have heard nothing from the Home Office since being identified a year ago as vulnerable and provisionally eligible for admission to the UK under the Dubs scheme. (Guardian, 20 September 2017)

21 September: A crowdfunding bid is launched to return the body of Eyob Tefera, an asylum seeker, back to Ethiopia after his body was pulled from Swansea Marina on 14 September 2017. His claim for asylum had been refused and he was apparently destitute. (Wales Online, 21 September 2017)

1 September: The Ministry of Justice Analytical Service publishes: Exploratory analysis of 10-17 year olds in the youth secure estate by black and other minority ethnic groups, download the report and tables here.

2 September: A Police Scotland officer is under investigation after allegedly telling a woman she was ‘easily offended’ when she complained about loyalist flute band members dressing up as Nazis at a fancy dress party. (Herald, 3 September 2017)

11 September: The disciplinary hearing of six police officers involved in the restraint- related death of Olaseni Lewis in Bethlem Hospital in 2010 begins. The decision to hold the hearing in secret has been criticised by Lewis’ family. (Guardian, 11 September 2017)

11 September: Two Staffordshire police officers are found guilty of misconduct and issued with 12-month warnings in relation to the death of Adrian McDonald, who died in Stoke-on-Trent in December 2014 after being tasered. Another officer is cleared of gross misconduct.(Huddersfield Examiner, 11 September 2017) 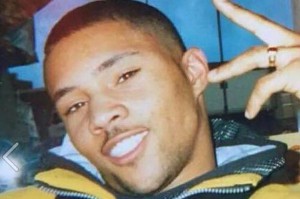 13 September : The trial of three police officers, on charges of perjury and perverting the course of justice in connection with the death of Kingsley Burrell in March 2011, is told that they lied at the inquest and gave statements which they knew to be false. (BBC News, 13 September 2017)

13 September: A West Midlands police officer is taken off frontline duties and an investigation commenced after a video shows the officer telling a young black man ‘You’d be the first one I would shoot if I had a gun’. (Birmingham Mail, 13 September 2017)

19 September: Ministers admit that the number of lawyers providing legal aid has dropped by 20 per cent in the five years since the government abolished legal aid in many areas of law. (Guardian, 19 September 2017)

20 September: The family of Rashan Charles, who died under police restraint, criticise the Met police for refusing to suspend the officer involved pending a misconduct investigation, contrary to a formal recommendation by the IPCC. (Guardian, 20 September 2017)

21 September: The IPCC publishes: Six missed chances: How a different approach to policing people with mental health problems could have prevented James Herbert’s death in custody, download the report here.

21 September: The IPCC rules that three police officers and one police staff member should face misconduct hearings for participating in derogatory comments about Gypsies and Irish Travellers in an online chat forum, ‘I’ve met the Met’. (Guardian, 21 September 2017)

Anti-fascism and the far right

11 September: Gary Shopland, 55, claims to have worked for West Yorkshire police as an informant on the BNP for seven years and is fighting for the force to corroborate his story, which it refuses to confirm or deny. (ITV, 11 September 2017)

15 September: Britain First is condemned for holding a demonstration at the North West Kent Muslim Association in Crayford on the day of the Parsons Green bomb attack and ‘attempting to intimidate and harass’ people. (This is Local London, 18 September 2017)

18 September: EDL activist Paul Whiteside, 47, is given a suspended sentence after admitting a charge of child abduction. He is given a 10-month jail sentence suspended for two years with a rehabilitation activity requirement. (Worksop Guardian, 18 September 2017)

20 September: Britain First leaders Paul Golding and Jayda Fransen are charged with religiously aggravated harassment, in relation to the distribution of leaflets in the Thanet and Canterbury areas and the posting of online videos during a trial held at Canterbury crown court. (Guardian, 20 September 2017)

12 September: The University of Manchester School of Law creates a pilot bursary scheme to address the obstacles faced by male students of African and Caribbean heritage from disadvantaged backgrounds. (Law Gazette, 12 September 2017)

12 September: The Equality and Human Rights Commission announces £500,000 worth of ‘grass roots support’ to people who have suffered discrimination in schools and higher education. (Law Gazette, 13 September 2017)

14 September: A 12-year-old pupil of the Rastafarian faith faces suspension from Fulham Boys School if he continues to refuse to have his hair cut. His mother accuses the school of religious discrimination and sets up a petition online. (getwestlondon, 14 September 2017)

15 September: An employment tribunal judge criticises Bradford College for failing to deal with a black teacher’s complaints that he was being racially abused by pupils. (Telegraph & Argus, 15 September 2017)

7 September: Research by the Social Mobility Commission finds that Muslim adults are far less likely to be in full-time work than others, and are held back in the workplace by widespread Islamophobia, racism and discrimination. Download the research, The Social Mobility Challenges Faced by Young Muslims, here. (Guardian, 7 September 2017)

13 September: A survey of 1,000 BME workers reveals racism at their place of employment, with more than a third of respondents subjected to bullying, abuse, or being singled out for unfair treatment, according to a study by the TUC. (BBC News, 14 September 2017)

4 September: Lawyers acting for one of the families affected by the Grenfell Tower fire write to the prime minister to remind her of her duties under equality laws and to express concern about her failure to abide by provisions of the Inquiries Act 2000. (Guardian, 4 September 2017)

12 September: Legal proceedings are launched at the high court over the lack of ethnic and religious diversity on the panel of the Grenfell Tower fire inquiry. (Guardian, 12 September 2017)

18 September: Polling stations are erected across Germany, including 20 in central Berlin, for non-German citizens to cast a symbolic vote in the upcoming federal election. Nearly 8 million non-Germans living in Germany will be unable to vote, as the current law states that only German citizens are eligible. (The Local, 18 September 2017)

2 September: Times journalist Andrew Norfolk defends his controversial article on a Tower Hamlets Muslim family fostering a child, despite criticism of the ‘sensationalist’ story from the local mayor, among others. (Guardian, 2 September 2017)

12 September: Research by Fribourg University, the University of Lucerne and the Swiss Centre for Islam and Society (SZIG) suggests that hostility towards Muslims in Switzerland is a direct result of the country’s political discourse and media reporting. (The Local, 12 September 2017)

10 September: West Midlands police issue a statement saying that two of the five men, including serving soldiers, arrested in anti-terrorist raids connected with the far-Right National Action have been released without charge.(Independent, 10 September 2017)

14 September: The Home Office publishes: Operation of police powers under the Terrorism Act 2000: quarterly update to June 2017, view it here. 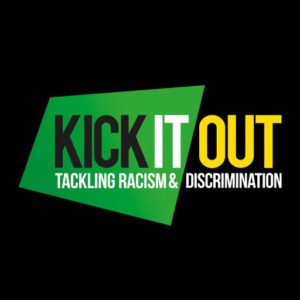 18 September: Kick it Out writes to Manchester United about its supporters singing a racist song about black footballer Romelu Lukaku. (Guardian, 18 September 2017)

5 September: In a Newsnight interview, Ukip leadership candidate Anne Marie Waters claims that she would not prevent Stephen Yaxley-Lennon, aka Tommy Robinson, ex-leader of the EDL, from joining Ukip. (Guardian, 5 September 2017)

10 September: A taxi driver, 33, is racially abused and threatened with a knife in Billingshurst, Sussex, in the early hours of the morning. (Argus, 14 September 2017)

18 September: A teenage boy is subjected to racial abuse and threatened with a knife by two men in Luton. (Bedfordshire News, 21 September 2017)

9 September: A van belonging to Spanish refugee support group En Red SOS Refugiados, which had been paid for by crowd-funded donations, is burned in an apparent arson attack in Athens. (AYS, 10 September 2017)

5 September: Katie Bisgrove, 25, is jailed for 20 months after being found guilty of racially abusing staff of a Cardiff takeaway and attacking customers with a bottle. (Wales Online, 5 September 2017)

5 September: Evonne McCleary, 41, is jailed for 18 weeks and ordered to pay compensation for racially aggravated common assault and criminal damage, which she admitted, after a brawl at a Manchester bar in which she attacked and racially abused two doormen. (Manchester Evening News, 5 September 2017)

6 September: Richard Turner, 46, is found guilty of racially aggravated harassment and assault of a person at Stevenage train station. He is given a year-long community order and ordered to pay £100 in compensation to his victim, prosecution costs and a victim surcharge. (The Comet, 6 September 2017)

17 September: Ineta Winiarski, 33, and her partner Kasimiersz Winiarski, 62, are given 12-week suspended sentences and ordered to pay £40 compensation to each of five victims of an attack involving punching, whipping and anti-semitic abuse of guests at a Jewish wedding outside Clapton Common Synagogue. (Jewish Weekly, 17 September 2017)

11 September: William Quinn, 67, admits racially aggravated assault and dangerous driving after racially abusing a Glasgow taxi driver and then stealing his car. Quinn is sentenced to 300 hours of unpaid work, a curfew and an 18 month driving ban. (BBC News, 11 September 2017)

12 September: Ryan Gobey, 24, is jailed for a year after admitting racially aggravated threatening behaviour towards his Muslim and Polish neighbours in Cheltenham. (Gloucestershire Live, 12 September 2017)