Britons following the news of protests against police killings of black people in the US should not feel too smug about the situation in the UK.

Not for the first time, our outrage at American racism goes hand in hand with complacency about Britain’s own history of institutional racism and its manifestations in police violence.

The surging protest movement in the US centres upon two cases of black men killed by the police: Michael Brown, the unarmed teenager from Ferguson, Missouri, who was shot dead by police in August, and Eric Garner, the Staten Island man killed in July in a chokehold by New York Police Department officers, who had arrested him on suspicion of selling cigarettes.

In both cases, anger has been fuelled by the failure of the system to prosecute the officers involved and the callous indifference with which officers stood around while a man lay dying or dead – in Michael Brown’s case, his body lay uncovered on the street for over four hours. Together, Michael Brown and Eric Garner – along with the dozens of other recent similar cases circulated on social media – have come to symbolise the disposability of working-class black lives.

Yet it is not hard to find similar scenes playing out on the streets of Britain. Take, for example, Azelle Rodney, a 24-year-old black man who was killed by the police in north London in April 2005. He was shot six times – in the arm, the back and four times in the head – within two seconds of police officers ramming the vehicle in which he was traveling. His body was then left on the pavement for sixteen hours. Like Michael Brown and Eric Garner, Azelle Rodney was unarmed.

As with Michael Brown, after Rodney’s death, police sought to justify their actions by presenting him as a demonic criminal. Legal powers granted under the Regulation of Investigatory Powers Act (2000) were also used to keep secret details of the police operation, hampering a proper inquest into his death. After nearly ten years of campaigning by Azelle Rodney’s mother, Susan Alexander, an officer is now facing a murder charge for the shooting.

Millions of people have watched the video of Eric Garner being placed in a chokehold on the streets of Staten Island, New York City. A second video showing the aftermath of the chokehold is in some ways more disturbing. It shows how, for seven minutes, Garner lay apparently unconscious on the pavement while police officers mill around and make no attempt to revive him. As Harry Siegel wrote in the New York Daily News: ‘Had Garner been treated with basic human dignity after he was violently, and needlessly, taken down, he might not be dead.’

Fewer people have watched the video of Christopher Alder dying on the floor of the Queen’s Road police station in Hull, as officers stand around him laughing and joking. Alder was a 37-year-old father of two, a trainee computer programmer and an ex-paratrooper. After receiving a head injury during a fight at a nightclub, he was taken to Hull Royal Infirmary, where doctors claimed he was troublesome and discharged him, deciding the lump on his head was not serious. He refused to leave and was arrested. On arrival at the police station, he was unresponsive and officers dragged him from a police van by his arms, laying him face down in the charge room and not bothering to pull up his jeans, which had fallen down as they dragged him. 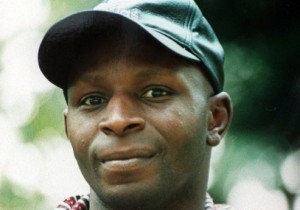 CCTV footage of the twelve minutes Christopher Alder lay on the floor of the custody suite shows that no officer checked him or questioned him, as he lay gasping for breath, with his trousers and pants around his ankles, hands cuffed behind him. Instead, five police officers stood around making comments such as: ‘He’s as right as rain, this is just a show’, ‘He kept doing a dying swan act falling off the trolley’, and even making monkey noises.

At the inquest into the 1998 death, the five police officers declined to answer 150 potentially incriminating questions. Unusually, the jury recorded a unanimous verdict of unlawful killing. But a 2002 prosecution of the five officers for manslaughter and misconduct in public office ended in an acquittal at the judge’s direction. Most of the pathologists who were instructed in the case agreed that the position he was placed in caused asphyxia and, although they did not agree as to whether this caused his death, it is clear that Christopher Alder was denied at least the chance of life.

There is no video record of the death of Shiji Lapite in east London in December 1994. But it is clear that he died in similar circumstances to Eric Garner. A Nigerian asylum seeker, 34-year-old Lapite was stopped by Stoke Newington police for acting suspiciously and arrested on unspecified drugs charges – though no drugs were ever found in his possession. A struggle occurred, during which Lapite was injured. He collapsed and died after being placed in a police van.

The post-mortem found that the bones in Lapite’s voice-box had been broken and he had died of asphyxiation, suggesting that police officers had used a choke-hold. The inquest into the death recorded a verdict of unlawful killing but the Crown Prosecution Service decided not to proceed with a prosecution of the officers involved.

Eric Garner’s last words – ‘I can’t breathe’ – have become a slogan of the new protest movement that has swept US cities. It describes not just the last minutes of Garner’s life but the suffocation of an entire people by a racist society. ‘I can’t breathe,’ were also reported to be the last words of Jimmy Mubenga as three security guards restrained him at the back of a British Airways aircraft on the runway at Heathrow Airport in October 2010. The guards were employed by security firm G4S, which had been contracted to deport Jimmy Mubenga to Angola; they are currently facing manslaughter charges.

In a forthcoming Institute of Race Relations report, entitled Dying for Justice, over 500 cases are documented in which a Black or Minority Ethnic (BME) person dies as a result of interaction with police officers, immigration officers, or other state officials. Yet the last time a police officer was convicted of criminal charges for involvement in the death of someone in their custody was in 1971.

There are significant differences between the criminal justice systems in the US and Britain. But in both countries, you are more likely to be killed by the police if you are black. According to statistics compiled by the INQUEST campaign group, between 1996 and 2011 there were 643 deaths in England and Wales that occurred in the custody of police officers; 110 were from BME communities – 17 per cent of the total. This means that BME people were approximately twice as likely as whites to die in police custody over this period. An analysis by ProPublica focusing on young men in the US found that, from 2010 to 2012, young black males aged 15 to 19 were twenty-one times more likely to be killed by the police than white males of that age.

In the US, a new generation of young campaigners has developed its own repertoire of protest – such as die-ins at major street junctions and highly mobile demonstrations that spontaneously plot a path through cities. The use of such tactics is spreading to England.

Over the last two weeks, groups such as London Black Revs have organised solidarity protests in London to support the growing US movement against police racist violence. These protests have been joined by longer established campaigners such as the United Families and Friends Campaign, an umbrella group of families of those killed in police and prison custody. Those families know only too well that Britain has its own Eric Garners and Michael Browns.

Arun Kundnani is the author of The Muslims are Coming! Islamophobia, Extremism, and the Domestic War on Terror (Verso, 2014).