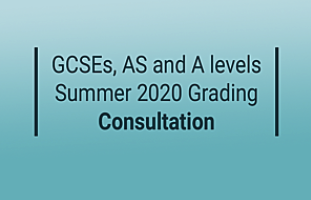 Ofqual has conducted an online public consultation on the impact of  Covid-19 grading of GCSE and A-Level results. We reprint below an edited version of a press statement issued by Black Learning Achievement and Mental Health UK (BLAM), an educational and advocacy not-for-profit [1]

In late March, the Secretary of State for Education announced that the 2020 summer exam series for GCSE and A-Levels in England would be cancelled to help fight the spread of Coronavirus (COVID-19). Shortly after this, Ofqual – the UK regulatory body for exams and qualifications – launched a two-week-long online public consultation to consider the impact exceptional measures would have on particular groups.

As an educational organisation that advocates on behalf of students, it was important for us to respond to the online consultation, alongside other groups and hopefully parents and students acting as concerned individuals. However, from the start, it became clear that the consultation process was flawed as large parts of the consultation documents and forms were incomprehensible. And as a small organisation, albeit comprised of legal experts and researchers with a range of diverse professional skills, even we found the whole process most onerous.

If we experienced the process this way, the question to ask is how would ordinary people with little recourse to expert assistance, be able to effectively and accurately raise their legitimate concerns? We consider the consultation to be woefully inadequate and are deeply concerned about what measures will be implemented by Ofqual in the wake of the results.

To summarise some of the issues we encountered and which should be placed in the public domain:

· The length of the documents were too long and written in such a way as to be completely inaccessible to lay readers;

· As a not-for-profit that advocates for ethnic minority students, we were deeply concerned that the ‘Equality Impact Assessment’ (EIA) failed to source recent literature on the effects, for instance, of unconscious bias in teacher grades. We provided Ofqual with alternative research literature that should have been reviewed and added to the EIA;

· The answers asked for in the online response did not match the questions posed in the consultation documents;

· The main consultation document ‘Exceptional arrangements for exam grading and assessment in 2020’ did not make clear that the online form would use a slider scale (e.g. strongly agree to strongly disagree)

‘We strongly believe that Ofqual, via the Department for Education’s decision to cancel exams, has failed to properly conduct a consultation that is truly inclusive of everyone’, concludes BLAM volunteer advocate Jessica Perera.

‘The people who will be most affected by this will be the young. But particularly marginalised groups, like Black, Asian and minority ethnic students from working-class backgrounds, which may not have been able to fully engage with the process and this was foreseeable on Ofqual’s part’ says BLAM founder Ife Thompson.

[1] BLAM UK is an educational and advocacy not-for-profit organisation that provides black British history, culture and identity workshops in schools and youth offending organisations across London. It provides advocates (free of charge) to parents whose children face exclusions, across London, so as to help address racial disparities in exclusions.