Beyond racial capitalism, towards eco-socialist futures 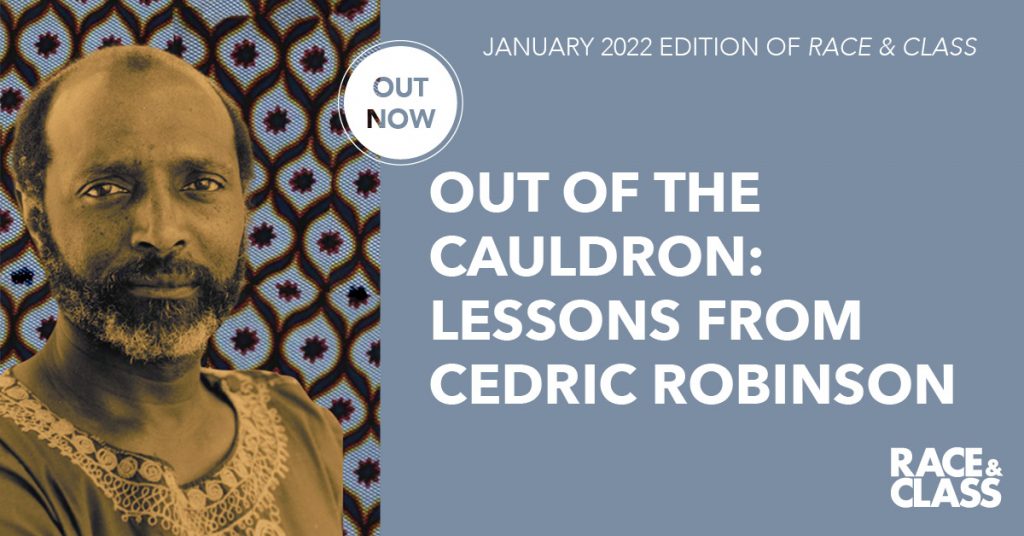 The January 2022 issue of Race & Class includes key interventions that seek to understand the workings of racial capitalism, digital colonialism and the ecological devastation they wreak, as well as crucial insights on ways out of the ‘global organic crisis’.

Cedric Robinson’s thesis of racial capitalism is arguably one of the most crucial for understanding our current moment of global health inequalities, ecological disaster and the authoritarian lurch to the Right. His relationship to the IRR and Race & Class is the subject of the lead in the January issue, ‘Out of the cauldron: lessons from Cedric Robinson’ – a discussion between US and UK thinkers, writers and activists on the continued significance of his work.

Almost forty years since the publication of Robinson’s Black Marxism, we have to contend with new aspects of capitalism. The role of Big Tech, digital capitalism and its environmental damage to the planet cannot be ignored, argues Michael Kwet, research associate at the University of Johannesburg, in his article ‘The Digital Tech Deal: a socialist framework for the 21st century’. Speaking to environmentalists, tech activists and social justice advocates, he outlines a ten-point programme for a Digital Tech Deal with socialist alternatives driven from resistance below. ‘A holistic, action-oriented movement from below and to the Left, based on ecofeminism, eco-socialism, anti-imperialism and military/police abolition is needed if we are to avert ecological disaster’.

Kwet’s articulation of a Digital Tech Deal is a crucial antidote to the politics of ‘exhaustionism’ – a term coined by PhD candidate at York University, Toronto, Blake Stewart in his depiction of ideological enervation that believes that it is too late for the fundamental transformations needed in order to reverse the multifaced ‘global organic crisis’. Stewart argues that overcoming this exhaustionism of political vision is central to resolving the current predicament, which will require the formation of a new sustainable and democratic governance geared towards human rights, economic justice and anti-imperialism. This will be all the more vital as divisions over global capitalism sharpen, as Jerry Harris, National Secretary of the Global Studies Association of North America, explores in his article on US-China relations.

Other aspects of the ‘global organic crisis’ are covered in the commentary section of the issue, including John Newsinger’s detailed enunciation of corruption at the root of the US/British-installed regime in Afghanistan and a piece by Scarlet Harris, Remi-Joseph Salisbury, Patrick Williams and Lisa White on the policing of ethnic minorities during the pandemic in the UK – one of the only pieces of research on the subject based on the policed in their own words.

If you have academic access, you can read any of the articles via Sage Publishing and the links above. Physical copies can be ordered on our website for £5 + postage & packaging and for simple digital access, that includes our back catalogue from 2008 onwards, subscribe at Exact Editions.