An appreciation of Barbara Harlow 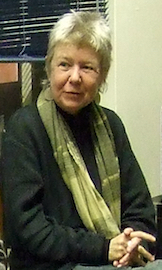 To appreciate Barbara Harlow, who left her mark on our collective intellectual lives in so many ways, one has to take a deep breath and imagine the momentous and painful intellectual rebirth she experienced while teaching in Cairo. It is there, under the white hot pressures of Cairene intellectual politics and Levantine influences that Resistance Literature was conceived, and her pioneering work with Ferial Ghazoul on the journal Alif unfolded. Perhaps it was the Palestinian independence struggle that was to blame for her about-face; or her realization, now in situ, about what the French (whose language she had mastered and put to use) had left behind along with the English throughout the Arabic Middle East. She went there a Derridean with the world at her feet. She had the pedigree, the linguistic skills, and the positioning to ride the wave of textualism and semantic indeterminacy in a professional environment that rewarded both opulently. 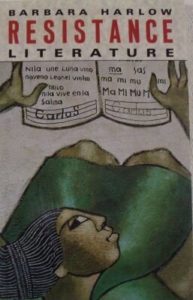 After her early translation of Derrida’s Spurs, it was clear she had called a trend, and had only to continue what she was doing to make it big. Instead she headed off elsewhere, creating a field that did not then exist. This Barbara province, that she tried with more or less mixed results to foment and secure for the rest of her career, had to do with ‘Resistance Literature’ by which she meant not the murky, faux antinomianism of the avant-gardes or the angst-ridden ‘sterile combat with the idea of the nothing’ (as Otto Rene Castillo puts it) but the writing produced by guerrillas, revolutionaries, and militant liberationists in the course of actual struggles, those who with a grace and aesthetic sincerity for which we have no real vocabulary, had ‘the courage to be crude’ (in Paul Nizan’s words). Along with initiating this structural shift, her greatest work is to have trained two generations of ‘civic,’ post-theory critics, many now prominent themselves.

Anyone who knew Barbara knew her twinkling eyes and her permanently fixed smile with which she greeted every difficulty and through which she expressed her firm (but also kind) outrage at the world’s latest atrocities, often following up such observations with a dry laugh, as though to say ‘yes, you understand what I’m saying, don’t you?, and let’s get going.’ It would have been hard to find anyone more thoroughly transformed from her earlier self. Her vision was firmly affixed to the real and the now, which is much harder for literary critics to do that it might seem. Instead of clever insights she stressed knowing the case; instead of rhetorical flourishes, she stressed digging up the actual legal and political records; instead of the pursuit of beauty and the sublime, she stressed the transcendent illuminations of justice and rights.

It was like Caravaggio had decided to take up court photography, or Joyce had decided to stop trilingual punning and keep a running record of community crimes. She didn’t walk away from theory because she couldn’t do it, in other words, or didn’t understand it. She did so as a matter of willful conversion. Her work was prolific, energetic, and adhered to a consistent vision of the actual legal, political, and civic realities of our times, and this forging of a new road was tirelessly her own, and quietly – although insistently — against the stream. Long before one could bluntly or uncompromisingly support Palestinians and criticize Israel (which is slightly easier today) Barbara put herself on the line, often at great cost. Rather than debate the issue hopelessly with a profession that would or could not hear it, she simply turned away, and created her own pole of attraction. She was for that reason, and others, a true original. Those of us who were lucky enough to share some of her life with her – who were there with her as Resistance Literature was just appearing, or shared time with her on many continents, or plotted strategy on the telephone, — we are suffering now. But we are warmed by the memory of her extraordinary life. It is time now simply to remember, and to emulate.

Professor Timothy Brennan is the Samuel Russell Chair in the Humanities at the Department of Cultural Studies & Comparative Literature, and English at the University of Minnesota.

This is a lovely tribute to bh.

Barbara remains an inspiration to so many of us. Thank you from Canada for your beautiful and thoughtful tribute to our friend.