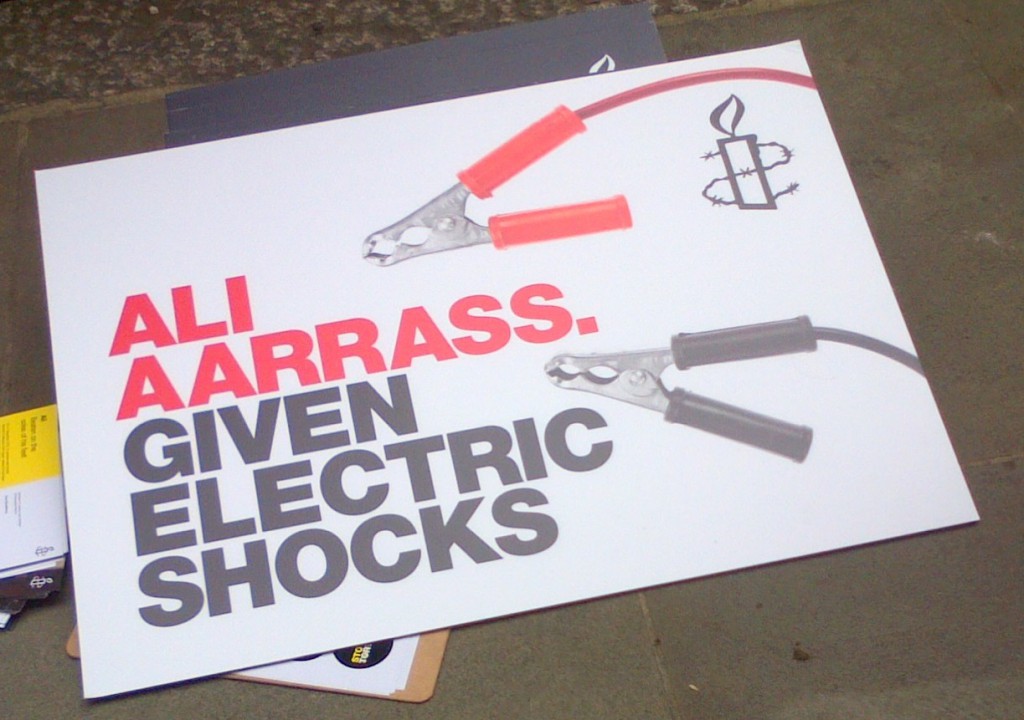 Protesters gathered outside the Moroccan embassy to demand the release of Ali Aarrass.

At around 11 o’clock on 26 June, around fifty people stood outside the Moroccan Embassy, holding placards calling for ‘Justice for Ali’ and photographs of Ali Aarrass. The protesters chanted ‘Morocco: stop torture now!’ and ‘Ali Aarrass: we are with you!’ The picket was called by Amnesty International as part of its Stop Torture campaign to demand Ali’s immediate release and an official investigation into his claims of torture (supported by the UN Special Rapporteur on Torture and the UN Working Group on Arbitrary Detention). 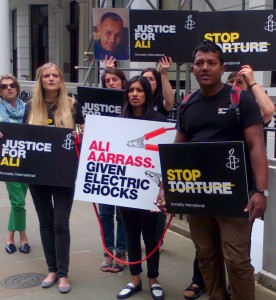 Ali’s case was first highlighted in the UK in IRR News in 2010. Now, AI has joined the campaign and is mobilising its supporters for justice for Ali as well as using his case as one of six around the world in its campaign against the continuing prevalence of torture.

In February, Ali’s Belgian lawyers had a great victory when a Brussels court ordered the Belgian state to provide Ali, a dual Belgian-Moroccan national, with consular assistance. The court rejected the state’s arguments that under diplomatic law (the Hague Convention) it could not intervene in a dual national’s other ‘home’ state, pointing out that Morocco was not a party to the Convention. It ruled a state’s right to intervene on behalf of citizens became a duty when the citizen was alleging grave breaches of fundamental rights. 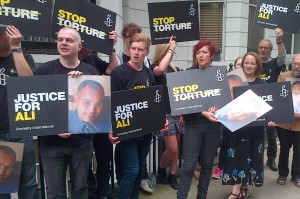 Despite this legal victory in Belgium (against which the Belgian state is appealing), and despite the demands of the UN Special Rapporteur on Torture and the UN Working Group on Arbitrary Detention, Ali remains incarcerated in Salé II prison, Rabat.

Read an IRR News story: ‘Ali Aarrass: condition critical, but where is the Belgian government?’