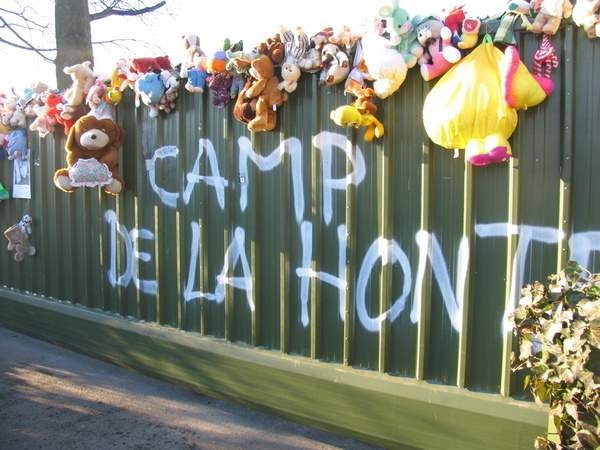 Research from the Institute of Race Relations, including a review of 38 asylum- and immigration-related deaths in Europe over 18 months, shows the human cost of EU moves to slash budgets for refugee integration and accelerate the pace of removals – thereby undermining international conventions. 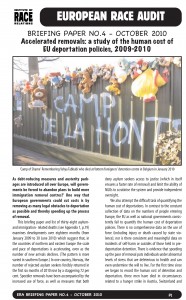 In its report, Accelerated removals: a study of the human cost of EU deportation policies, 2009-2010, the IRR has documented the deaths of 28 men, 8 women and 2 boys, mostly asylum seekers, from January 2009 to 30 June 2010, in ten EU countries, Norway and Switzerland.

The vast majority of the deaths were either suicides linked to fear of deportation, or deaths that could have been avoided if asylum seekers were afforded proper medical care. Cuts to legal aid budgets and reduced access to justice, the targeting of specific nationals for charter-flight removals, overcrowding and appalling conditions in detention centres where hunger strikes are rife, are also placing individuals under abnormal levels of stress that are deleterious to health and undermine the will to live.

The deaths of two unaccompanied children in Sweden, one of whom, an Iraqi boy, committed suicide after hearing that his asylum claim had been rejected. There have been countless other incidents of self-harm amongst children and teenagers, including that of Lorraine Thulambo, who tried to hang himself in Yarl’s Wood and that of a 16-year-Afghan boy who suffered critical burns to his torso and head when he set himself on fire at a reception centre in Norway.

Three young men died, in Austria, Switzerland and Germany, in circumstances related to hunger-strikes. One Nigerian man who had been on hunger strike, 29-year-old Joseph Ndukaku Chiakwu, died of a heart attack after he was subjected to a so-called level 4 procedure of expulsion, bound hand and foot and placed in shackles at Zurich’s Kloten airport. In Austria, where another hunger-striking asylum seeker, 20-year-old Gagenpreet Singh, died of a heart attack, there has been a 31 per cent increase in the number of people held in preventive detention awaiting deportation who have been on hunger strike.

Six of those who died were from Iraq and three from Afghanistan. EU governments are implicated in the US-led military engagement in these countries yet they are chartering flights to effect removals. Several people fearing deportation to Iraq or Afghanistan committed suicide including Osman Rasul, a 27-year-old destitute Iraqi Kurd who died after jumping from a seventh floor of a tower block in Nottingham. Osman Rasul had been represented by the charity Refugee and Migrant Justice (RMJ) and had been cast out of the legal system following the government-induced closure of RMJ.

Many of the cases involve African asylum seekers and the IRR is concerned that a higher level of force is used to remove asylum seekers to African countries. Six of the thirteen people who are known to have died in European deportation attempts since 1991 were Nigerian.

Liz Fekete, Head of European Research at the Institute of Race Relations and author of the report, said today:

‘The human rights abuses documented in this report are a sad reflection of the reality of life for asylum seekers in Europe today. These deaths are occurring at a time when millions of EU citizens fear job losses and economic insecurity, and when few politicians dare to show empathy for migrants and asylum seekers. The idea is growing that because asylum seekers and migrants are non-citizens they shouldn’t even be afforded the most elementary human rights. They are disposable people, who should be parcelled and packaged out of Europe, whatever the human cost.’

Read more about the work of the European Race Audit here