A new film is fully focussed on the riots 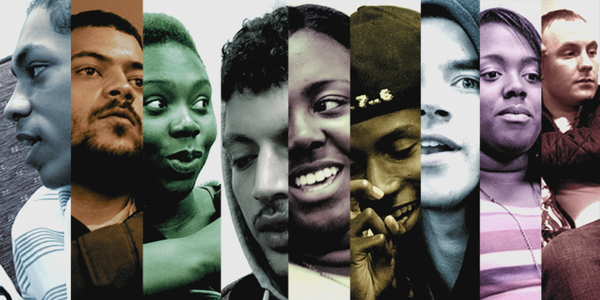 On 5 July, Fully Focused Productions’ one-hour documentary Riot from Wrong premiered as part of the East End Film Festival at the Rio Cinema, Dalston, just a few miles down the road from Tottenham police station, where the riots began nearly one year ago.

At least four hundred, mainly young, people from the Fully Focused Community (a not-for profit company run by young people), Centrepoint youth parliament (a voice for homeless young people in the UK) and The Crib (a social inclusion youth project in Hackney) packed into the Rio, to watch the film and to discuss with the director, Ted Nygh and his young team, the causes and consequences of the riots.

The August 2011 riots cost the country an estimated half a billion pounds and were probably the most widespread public disorders in England’s history. Yet they were not subject to any formal government inquiry. Instead, the government set up the Riots Communities and Victims Panel, which held hearings around the country and published a report. One of its conclusions was that poor parenting and a ‘lack of character’ amongst young people were significant drivers of the unrest.

A more thoughtful and ultimately more sensible investigation into the riots has been carried out, and at a fraction of the cost, by a group of young people from the Fully Focused Community. On any terms, and at any level this is an extremely coherent, and well-made documentary – in which the making of the film becomes part of the narrative thread. For as the film-makers explain, they started shooting the film just three days into the riots, because they couldn’t just sit there – they needed to do something. And what they decided to do was listen – to record what they heard, and try and make sense of it all. Equipped only with conviction (as well as video cameras!), their earnest desire to seek out the truth bursts out from every minute of this film.

Riot from Wrong isn’t a fast-moving, urban, youth-style cult-film. It is, when all is said and done, a documentary. It moves quite slowly, and methodically, through a conventional time line – from the shooting of Mark Duggan to the march from Broadwater Farm to Tottenham; from the abysmal handling of the protest outside Tottenham police station to the anti-police riot that followed, to the spiralling of that violence out of control, and to arson, looting and violence in other parts of England. It then turns to consider the riots’ devastating aftermath, the awful consequences for many, particularly those who lost their homes and property. Although there is footage and interviews from Birmingham, Liverpool and Manchester, the documentary is quite London-focused, It doesn’t deal with the deaths, in Winson Green, of Haroon Jahan, Shahzad Ali and Abdul Musavir, for instance. But perhaps omissions will have the added value of encouraging young people in those areas to form their own production companies and carry out their own investigations.

This is a film that must be celebrated because it challenges stereotypes of young people and restores their humanity. Friends and family of Mark Duggan talk about the real young man, not the ‘gangster’ of Evening Standard or Daily Mail myth but the family man who loved life, who had that taken away so brutally in the gloomy shadow of Tottenham Hale station. Many of the young people, interviewed here, had first-hand experience of the riots. They all dig deep into themselves for explanations. It is their ability to avoid easy answers, to be critical of the violence, the looting, the destruction, while holding onto their own truths (that they are being let down by government, denied a decent education, further condemned by the withdrawal of the Educational Maintenance Allowance, harassed and humiliated by the police daily on the streets through stop and search) that is so refreshing. The interviews have a cumulative effect at least on this reviewer. I ended up being infused by the young people’s sense of purpose, their energy to overcome adversity, their optimism even. The final positive message that comes out of the film is that in order to have a sense of community, you need to get down to the hard graft of building community. It makes the Riots Communities and Victim Panel recommendation that schools should introduce policies to ‘build character’ and carry out regular assessments of each pupils strength of character, look, to put it mildly, pretty stupid.

Spread the News about Riot From Wrong – organise screenings and join the discussion about how to rebuild community.

Read about the latest issue of Race & Class which contains an article: Four days in August

How sad that Governments always tend to look at short fixes which involve saving money. How much more money would they have saved had they not made cuts in education support for the elderly and looked a little more closely at their own arrogance, greed, stupidity and anger. Institutional rasicm, classism and I’m alright lets treat the people as fodder for our own meaningless existance which does not embrace the differences in society but rather bleeds it dry to support banks aand their lifestye. There is plenty of money it is not being distributed wisely. Oh they should be ashamed of their private boys’ club that determines everything in it’s own interest, definately time for change.

This film sounds really good. Thanks for the work that you have put into making it! It’s great to get some decent analysis of the riots and what they really meant other than Cameron’s trite response of “poor parenting and lack of moral character”!

Please could you let us know if any screenings are planned outside of London, particularly in Birmingham, Nottingham or Manchester?

We at Banner Theatre are currently developing The Future Makers, an exciting and dynamic new theatre show touring to youth and community audiences in the North West and West Midlands in Spring 2013.

The Future Makers explores the impact cuts, closures and lack of opportunity for young people and looks at resistance, campaigning and riots. Cutting edge techniques in drama, music and documentary video are woven together to tell the tale of a generation abandoned by their political elders and ready to rise up.