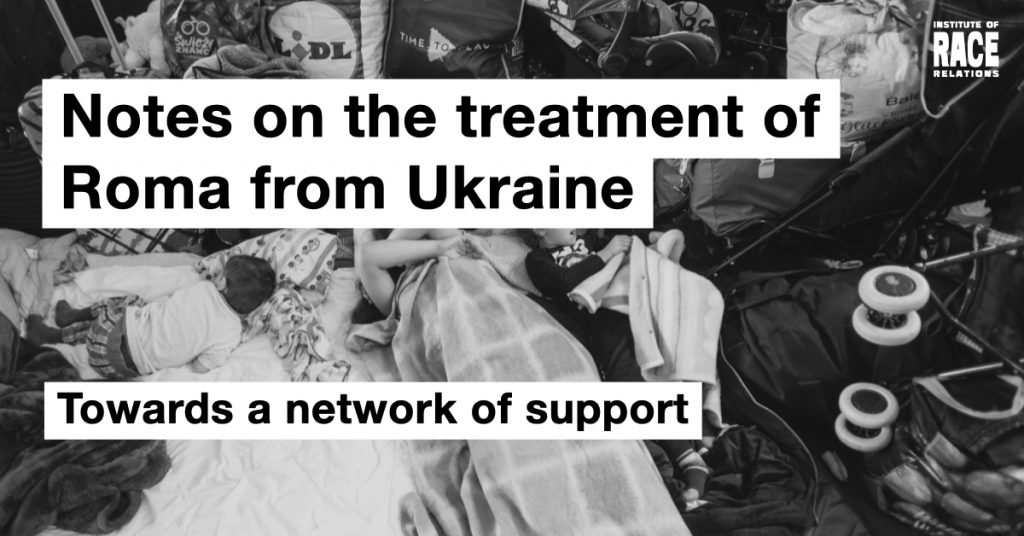 On 10 June, Tony Booth, Environment Officer with Jewish Voice for Labour, talked to Miroslav Klempar, a Rom based in Ostrava who works with Awen Amenca which is involved in supporting Roma arriving from Ukraine.

Miroslav is particularly concerned about the treatment of Roma arriving from Ukraine in the Czech Republic. It is no surprise that they face severe discrimination on arrival, are separated and given harsher treatment compared to non-Roma (who Miroslav refers to as white Ukrainians). It was in the Czech education ministry that a senior civil servant responded to Tony’s question – ‘why do you continue to segregate Roma into separate (special) schools?’ with ‘families will not tolerate having vermin in their schools’.[1]

Miroslav contrasted the discriminatory treatment of Ukrainian Roma in Poland (where ‘at least they are treated as humans’) with their treatment in the Czech Republic. He observed when he was passing through Krakow, that Roma arriving at the station were offered tea/coffee and nappies for babies. While some Roma are provided with accommodation in the Czech Republic, this is generally in a dilapidated state and has to be improved to make it habitable. But many are being kept in tented camps.

Conditions differ markedly between cities. In Ostrava, 150 families are housed in an old detention centre surrounded by high walls and barbed wire: it is ‘like a prison’, although they have been given beds, food and water and have relatively adequate toilet and hygiene facilities. But in Brno, there are 200 Roma in tents with no flooring – so people are sleeping on sometimes wet mud. There is very little food, and the water supply is poor. There is nowhere to boil water to prepare food for babies. The toilet facilities are inadequate and have ceased to function. There are police with dogs, behaving brutally. An official from the district magistrates’ office of Brno visited and blamed them for the poor living conditions. The official said that if they don’t return to the Ukraine, their children may be taken away from them – this is terrorising people. Some have returned to the Ukraine to face the war, while many are completely stuck with no money.

Miroslav referred to a particular issue about Ukrainian Roma who are Hungarian citizens. He described a peculiar anomaly of the Victor Orbán regime in Hungary which ‘at one point offered Hungarian citizenship to non-Hungarians’, and a number of Ukrainian Roma – around 4 percent – took up the offer. So there is particular pressure on these Ukrainians to go to Hungary. But perhaps the fact that they have Hungarian passports may give other opportunities to travel – and get support in the UK, for example? 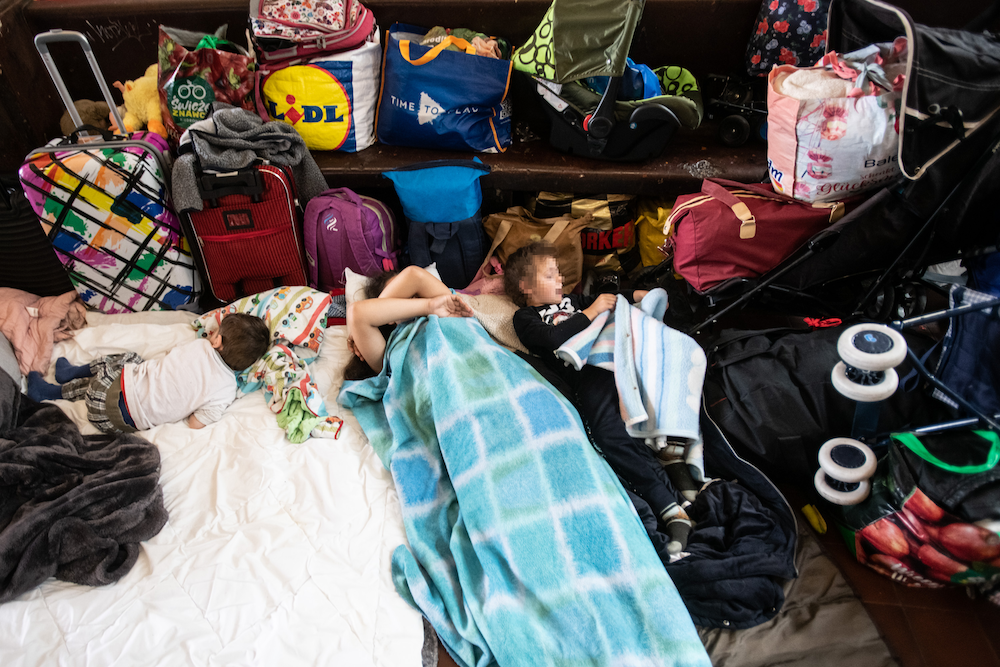 Czech and UK networks for Roma

Among the organisations supporting Ukrainian Roma, Miroslav mentioned Agape, Romodrom based in the Czech Republic, as well as the Roma community organisation he works with, Awen Amenca. He said Christian Aid was also actively involved. In the UK, he mentioned the network around Europe Roma, and the Compass group, based in Peterborough, who are ‘working with marginalised and migrant communities’ to support integration. Compass’ chief executive is Petr Torák MBE, a former police officer in the Cambridgeshire police and an honorary consul for the Czech Republic. His position did not prevent discriminatory treatment when, on a recent visit to Prague, he was refused service in a restaurant because he is Roma.

Ukrainian Roma need help in different ways, and one of the things that Tony and Miroslav agreed on is to clarify how best to contribute. People need information on current visa requirements and immigration and asylum rules, since arriving to the UK without a visa is likely to lead to deportation. While people in the United Kingdom may be aware of these requirements, it is clear that some supportive Roma in the Czech Republic are not.

To enter the Czech Republic, Ukrainian citizens are not required to have a visa, but they need the ‘confirmation of temporary protection’ to access help dedicated for refugees.

Tony is keen to find out:

Anyone with information or ideas to contribute to the network of support for Ukrainian Roma should contact Tony Booth on environment@jvl.co.uk

[1] Tony and Miroslav have worked together over several years as contributors to a Council of Europe project on overcoming Roma discrimination within education in a number of countries (Czech Republic, Slovakia, Romania, Hungary, Bulgaria, although the last two countries pulled out for reasons connected to Roma discrimination)