A ‘fascist speech’ verging on ‘a declaration of war against American citizens’. That’s how US president Donald Trump’s 1 June speech, where he invoked the threat of the Insurrection Act (1807) to suppress protests in 350+ US cities over the police killing of George Floyd in Minneapolis, is viewed in America. But the deep well of anger over police racism and creeping fascism is not confined to the US. Despite the very real fear of a second wave of Covid-19 infections, spontaneous protests against the killing of George Floyd have also taken place in London, Cardiff, Nottingham, Manchester, Dublin, Paris, Brussels, Amsterdam and elsewhere – protests linked to Black deaths in custody and police harassment across the continent. This week on IRR News we extend our coverage to include documentation of these protests. For those who have participated in the Black and anti-racist radical tradition in the UK, the outrage expressed by young protesters in the UK brings back memories of the early 1980s. Then, outrage over racist violence and police brutality, both of which culminated in deaths on our streets, was positively channelled into the creation of permanent local police monitoring/advice groups such as the Newham Monitoring Project, Southall Monitoring Group, Brixton Ad Hoc Committee Against Police Repression, Broadwater Farm Defence Campaign. Birmingham Racial Attacks Monitoring Unit and the Moss Side Defence Committee (Manchester) – to name but a few.

Today, migrant workers in the UK also live precarious lives, at heightened proximity to destitution, detention, deportation and death. In an important piece for IRR News, Laura Wormington writes on the workplace struggles of invisiblised migrant workers against exploitation by outsourcing giants such as Sodexo – struggles that form a vital part of the fight against racist border policies. The recent death of Emanuel Gomes, a cleaner working for OCS at the Ministry of Justice who continued to work with Covid-19 symptoms fearing loss of income, attests to this.

Homeless people are another invisibilised group at the margins of society. As a leaked document reveals that the government is preparing to withdraw its emergency coronavirus funding for homeless accommodation, Jessica Perera reviews a crucial anthology, Doorways: women, homelessness, trauma and resistance that interrogates vagrancy as a social crisis that urgently needs addressing.

In our regular calendar of racism and resistance, we bring further news of stark differences in the enforcement of health protection regulations in the UK, as well as allegations that a whole section of Public Health England’s review of disparities in Covid-19 risks and outcomes, covering submissions from over 1,000 organisations and individuals, many of whom spoke about racism, has been censored.

Finally, we’d like to thank all those who have made donations to IRR in the last couple of weeks – and would encourage any others who feel they can, to donate during this difficult time. Every donation, no matter how small, helps us to keep IRR News going. 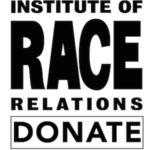