Putting the ethics back into freedom of expression

The social landscape in which we practise our freedoms is highly volatile. Can we afford to be reckless?

After the massacres in 2011 by the racist terrorist Anders Behring Breivik, ‘we’ were all, briefly, Norwegian. It was a gesture of sympathy for the blameless casualties and solidarity for those suffering their loss. As with many acts of terrorism, any one of us could have been a victim. Breivik selected his victims on the streets of Oslo, by nothing more than their proximity to government buildings, as had the white supremacist Timothy McVeigh in the 1995 Oklahoma bombing. 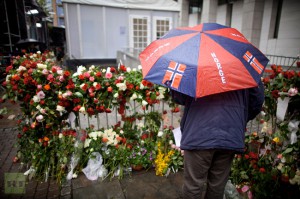 Breivik targeted his sixty-nine young victims on the island of Utøya, however, because they were attending a summer camp of the youth wing of the Labor Party: an organisation, in Breivik’s view, that was abetting the ‘Islamisation’ of Europe. At the time, many saw Breivik’s Islamophobic paranoia as a sign of individual pathology. But as we argued in 2012 in our introduction to Global Islamophobia: Muslims and Moral Panic in the West (a collection of essays on Australia, Europe and the US), this misses the importance of Islamophobia’s globalisation throughout the ‘west’. Especially since 9/11, we have witnessed a wave of moral panics about the Muslim folk devil that are cyclical and transnational. They reinforce and amplify its ideological elements as they circulate and popularise them.

The media’s partial approach to freedom

This transnational folk demonry didn’t start in 2001, of course. In 1979 the Iranian revolution raised a new spectre. Ayatollah Khomeini’s bearded and be-turbaned visage haunted the screens of hundreds of cable TV stations across the United States, while the hostages were held for fourteen months from November 1979 in the captured US Embassy in Tehran. The ‘Iran hostage crisis’ is called, by the Iranians, ‘the capture of the US spy den’, but most of what is now quaintly called the ‘international community’ call it by the former name. Freedoms are never freedoms-in-general, but are exercised on a given terrain. The yellow ribbons, displayed by thousands of Americans in support of the hostages, were not seen in parts of this ‘international community’ outside the US. No-one suggested, in solidarity with the hostages, that we were all spooks. Those spooks in recent years have not shown themselves to be friends of free speech – witness Chelsea Manning, Julian Assange, Edward Snowden – but then neither did the regime of the Shah, which the CIA helped to install and sustain from that very embassy. We are not all agents of imposed western interests, and we need not all be Charlies.

In 1989 the publication of Salman Rushdie’s Satanic Verses, brought out angry crowds from Bombay to Bradford; Western media provided no context for the anger, representing the protestors, and their support for the fatwah against the author, only as irrational and violent, as if the anger had sprung from nowhere and as if violence and irrationality characterised all Muslims. When books were burned, free speech was affronted. 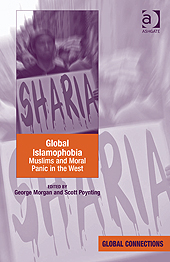 The subsequent growth of the internet accelerated the global circulation of images of an ‘incomprehensible and morally repugnant’ Other: violent, barbaric, brutal, backward, uncivilised, hyper-patriarchal, degenerate, sexually predatory, authoritarian and inimical to enlightened western values, particularly liberal pluralism. The authors in our essay collection Global Islamophobia: Muslims and Moral Panic in the West offer case studies of how these tropes are deployed today, in transnational demonisation of the Muslim Other: from Stockholm to Sydney, Bradford to Berlin.

For the most part, as Edward Said has eloquently shown, these express the well-worn ideology of colonialism, projecting the violence and barbarism of colonialism and its legacy onto the ‘other’, in the name of universal civilisation and enlightenment.

The right to offend

Should humourists enjoy a universal right to offend gratuitously? The Jyllands-Posten cartoons of 2005 were irresponsible and needlessly hurtful. Unlike The Satanic Verses, they had little to offer by way of redeeming artistic merit. They were provocative for the sake of it, and the violence that ensued was predictable, if not, perhaps, in its scale. The violence is to be condemned, but so are the irresponsibility and the unjustifiable hurt to others. They were aimed at offending a subordinated minority, in the name of defending a right to criticise Islam that had never been called into question in places where the right was so demonstratively asserted. In 2006, when Charlie Hebdo took up the anti-Islam ‘free expression’ cudgels, the magazine’s work was derivative and without much humour. They kept it up, recklessly poking a stick in a wasps’ nest, tormenting innocent and often vulnerable people simply because they could, and asserting their right to do so.

The 2011 fire-bombing of their headquarters was criminal, the murders in January 2015 atrocious. But that does not mean that in order to uphold free speech and the rule of law, we are obliged to identify with the purveyors of anti-Muslim racism.

As Reporters Without Borders (RWB) pointed out, the march in Paris on 11 January to commemorate the victims in the Charlie Hebdo massacre, and to valorise the press freedom which they were taken to represent, was attended by the Turkish Prime Minister and the foreign ministers of Egypt, Russia, and the United Arab Emirates, representatives of countries that are hardly bastions of free speech. Their countries are ranked 154th, 159th and 148th respectively out of the 180 countries on RWB’s press freedom index[2]. Al Jazeera journalists Peter Greste, Mohammed Fahmy and Baher Mohammed were in an Egyptian jail on trumped-up charges at the time.

In the late twentieth century, theorists like Stuart Hall argued that cultural texts have a life of their own; that artists (journalists, filmmakers, playwrights, performers etc.) cannot completely control the way readers/audiences will interpret their work. This implies that we need to move beyond the creative laissez-faire of the counter-culture, whatever its anarchic and iconoclastic appeal, and to recognise that the social landscape on which we practice our freedoms is now highly volatile. Anyone lucky enough to have a wide public audience/ readership for their work should be obliged to consider the spiritual and communal values of poor and powerless minorities in the West. To do otherwise is immoral – and can be reckless.

Perceptive as always, Morgan and Poynting hit all the double standard nails on the head.

I agree with Poynting and Morgan regarding the double standards of those who preach freedom of expression. Most people are not able to distinguish between the dominant culture of a society and the vulnerable position of minority groups no matter how powerful they may seem. The tit for tat logic really does not work. In the ultimalte analysis the power scale is so skewed in favour of those in dominant positions of power that their use of these groups as the source of humour or for mindless tracts on morality show what bullies they are. Making the minority groups–be it in relation to race, class, gender, religion among other things—is a form of deflected anger against the very society that has constructed them with its biased dominant ideology. What is much needed is a serious reflection of “The investigative subject” and his/her own “politics of location” before taking up cudgels on behalf of societal values.

Are you saying that Charlie Hebdo were “the purveyors of anti-Muslim racism”?