Nursing Narratives: racism in the pandemic 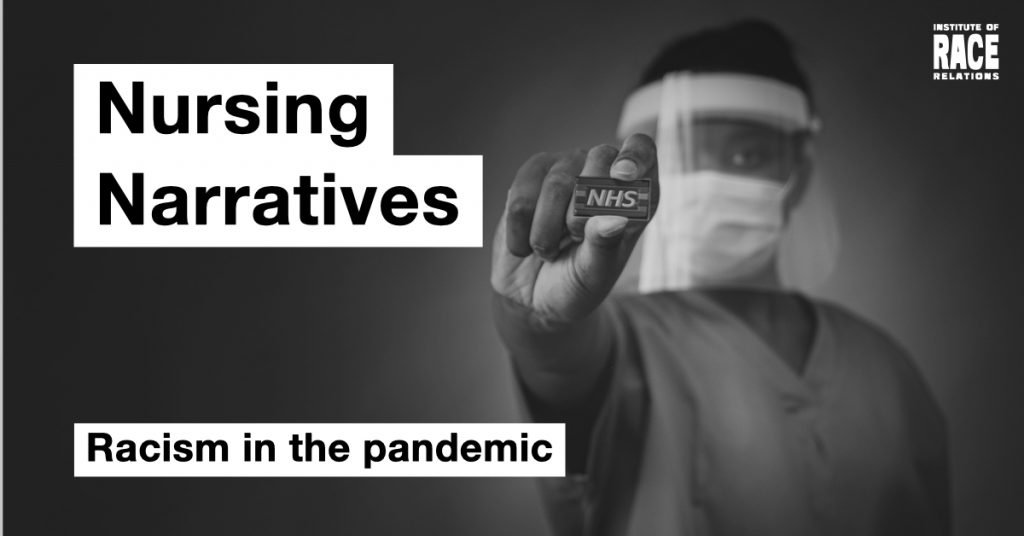 Ahead of the London Premiere of  EXPOSED – a ground-breaking documentary film that shares the stories of nurses, midwives and healthcare workers collected during a research project about the experiences of racism before, during and after the pandemic – Anandi Ramamurthy writes on the key findings of Nursing Narratives.

‘We are not a commodity, we are human’ – Filipino nurse

The deaths of dozens of Black and Brown healthcare workers during the Covid-19 pandemic demand that we understand the wider conditions of life and work that led to disproportionate deaths in healthcare. The government and the NHS have not released the data on staff deaths by ethnicity, despite Freedom of Information requests submitted by Nursing Narratives: Racism and the Pandemic. Led by Sheffield Hallam University and Migrant Media, the project took a grassroots approach – gathering evidence of the experiences of racism faced by healthcare workers before and during the pandemic, revealing the entrenched racism that contributed to the disproportionate impact of Covid-19 on minority workers.

Our findings challenge the recent Commission on Race and Ethnic Disparities (CRED) report (2021) which concluded that institutional and structural racism is no longer an issue for Britain and that there is an improving picture of opportunity for ethnic minorities. A cross-party Public Accounts Committee highlighted that the government ‘does not know enough about the experience of frontline staff, particularly BAME staff’. Our work indicates that structural and interpersonal racisms are often entwined in complex ways creating distress and inequality that has been exacerbated by the pandemic.

We interviewed nurses, midwives, care workers and others across the country working in the NHS. Direct and indirect racisms have been experienced across the board. Many workers are afraid to speak up, but others have reached a point where they are tired of inequality and are determined to speak out in an endeavour to bring about systemic change. Our documentary film EXPOSED, which premieres in London and Sheffield this month, gives evidence of their experience.

Racism in the NHS

The NHS has been propped up through the labour of migrant workers from its inception. In the early days of post-war immigration, many nurses were recruited from the Caribbean. They came in the belief that they would be offered a better life for themselves and their families and would contribute to the building of an organisation that would provide healthcare for all. Yet the experience of its Black and Brown workforce has been the opposite of egalitarian.

highlights the multiple racisms faced by Black and Brown staff, already entrenched before the pandemic, including bullying, exclusion, unfair job allocation, high workload, excessive scrutiny and a lack of support and mentoring at all levels of working life. Bullying and harassment led one nurse to describe nursing as ‘a cruel profession’ for Black and Brown nurses. For others, the key concern was the lack of progression opportunities, which meant that more Black and Asian nurses were working in exposed frontline posts. Many described how ‘the heavy work’ or riskier work was consistently allocated to non-white staff.

For some migrant workers, immigration restrictions have sometimes meant that their pay was so poor that they could not eat healthily, leading to long-term health conditions. For those who did not have an understanding of their basic rights, they describe how they worked without breaks, negatively impacting their health and welfare.

We identified a systemic failure to address racism, with over 77 per cent of respondents to our survey saying that they were not fairly treated after raising the issue of racism. Patient racism was often accommodated. But the biggest issue for most was the systemic lack of support and the failure of colleagues to support them. All of these experiences meant that Black and Brown staff were more vulnerable to exposure to the Covid-19 virus.

All in this together?

Both young and old health workers felt unfairly treated in accessing risk assessments or being granted reasonable adjustment. In one case, a Black worker with diabetes and other health conditions was told by a young manager ‘we are all in this together’, despite her obvious increased risk. Participants spoke about how they were excluded from important information regarding their safety, were not told they had been exposed to the virus, and, when they then got Covid-19, were phoned every day to find out when they were returning to work.

Racisms and discriminations that have existed historically compounded the vulnerabilities that were experienced during the pandemic. For many, racism got worse, with lethal consequences. Our research and documentary film is the story of survivors and those who have begun to organise collectively to create change.